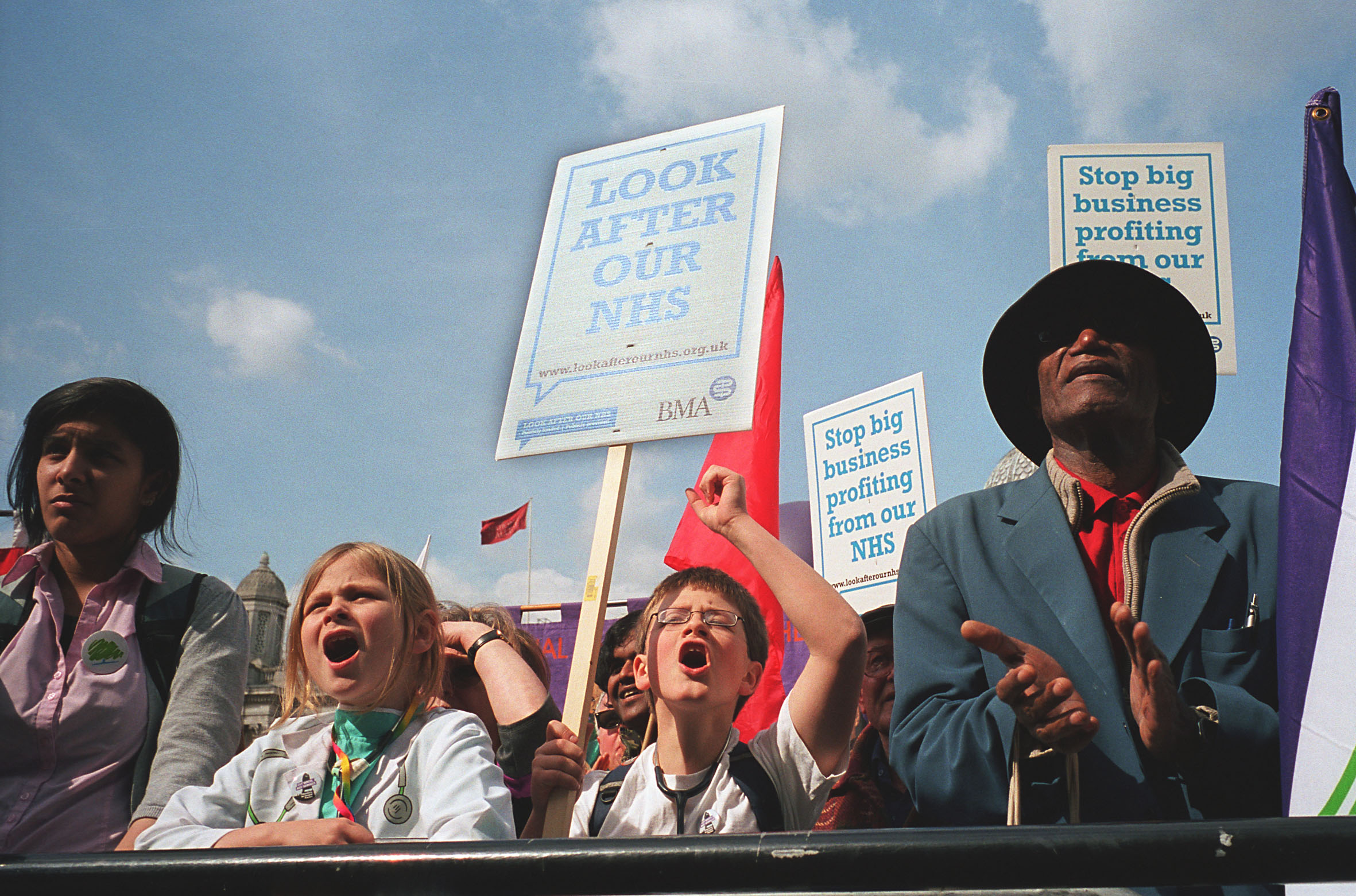 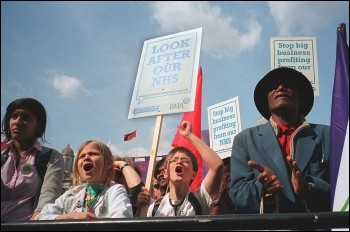 Workers and their families marched to Trafalgar Square on the trade union backed Save the Welfare State and Public Services demo, called by the National Pensioners Convention, photo Paul Mattsson   (Click to enlarge: opens in new window)

The budget deficit grew by over 400% after the bank bailouts according to the Policy Exchange think tank. But instead of clawing money back from the banksters responsible, on Tuesday 22 June the new Cabinet will spell out in detail where its axe will fall on public services.

We don’t need to read the small print to know that it is going to mean enormous suffering for the mass of the population.

The 27 members of the new cabinet will be deliberating on these measures. This bunch of millionaires and ex-bankers inhabit another world to the rest of us, where their wealth and privilege will insulate them from the implications of their policy decisions.

Parents who send their children to posh, fee-paying schools will tend to be less worried about cuts in education budgets. Those on six-figure salaries won’t fear VAT increases so much. Young people with rich parents are less likely to be put off university by rising fees.

However, the top politicians will not be able to avoid the huge anger that their policies unleash. This anger must be organised and expressed in a powerful show of opposition to cuts.

The first step needs to be a campaign for a massive national trade union-led demonstration against all cuts in public services. Local meetings to prepare for this will be important, as well as protest actions on 22 June, ‘bloodbath budget day’.

Local anti-cuts committees can also bring campaigns together and coordinate in preparation for the mass movement that will be necessary.