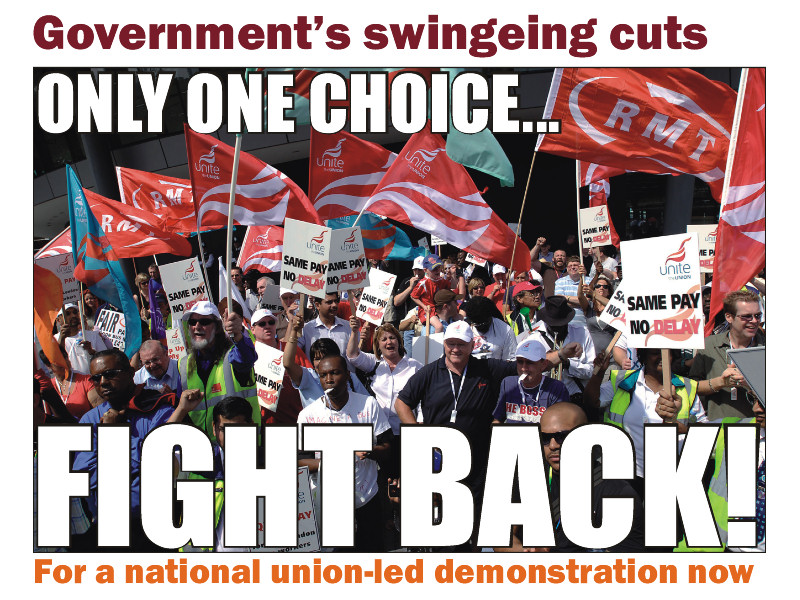 Only one choice… Fight back! 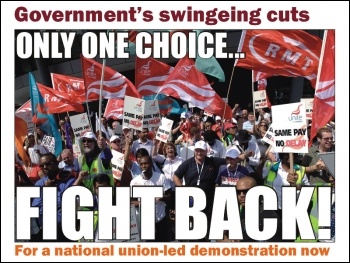 Only one choice… Fight Back!   (Click to enlarge: opens in new window)

But in Osborne’s phoney consultation we will not be given the opportunity to tick a box which says ‘Would you like your local nursery to remain fully staffed?’ nor one saying ‘Should we restore corporation tax to the much higher level of the pre-Thatcher days?’

They were also told ‘there is no alternative’, that ‘lazy workers’ would have to pay for the debts. Initially some of those workers may have swallowed the lies and propaganda being fed to them by big business and its friends in the media.

Greek workers unfurled a banner around the Acropolis urging “Workers of Europe resist”. Spanish workers carried placards through the streets of Madrid with a huge ‘5%’ on them, representing the pay cut they were expected to take. Such images are not lost on us.