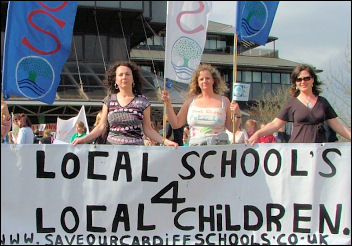 GOVERNMENT EDUCATION minister Michael Gove is determined to push through the Tory agenda of putting ‘rocket-boosters’ under the academies programme. He has written to every school encouraging head teachers to go on the department for education (DFE) website to register interest in becoming an academy – schools that are publicly funded, but run independently of Local Authorities.

Around 800 of the schools have been given an ‘outstanding’ grade by the schools’ inspectorate Ofsted. According to Gove, this entitles them to be fast-tracked out of their local authorities in a matter of just months.

Gove hopes that a ‘domino effect’ will see other schools jumping aboard to bring about a complete break-up of local authority schooling. It would create a privatised, selective system where cash-starved councils would be left to support the ‘sink schools’ which would include children with the greatest needs.

It is an urgent task for local anti-academy campaigns to alert parents and staff at the wannabe academy schools – but also to warn all schools in every local authority of the disastrous implications of these changes. 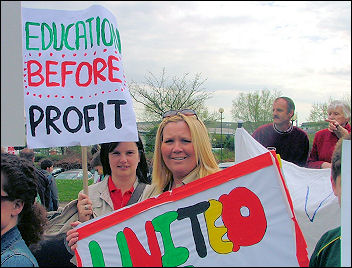 Some of the listed schools may not have strong trade union groups. Therefore campaigners opposed to academies need to be at school gates leafleting parents, students and staff. We have to explain that these plans are part of this government’s agenda to privatise and cut public services and must be opposed.

Scandalously, the Academies Bill seeks to remove any element of public consultation and leaves the decision about becoming an academy entirely in the hands of each school’s governing body.