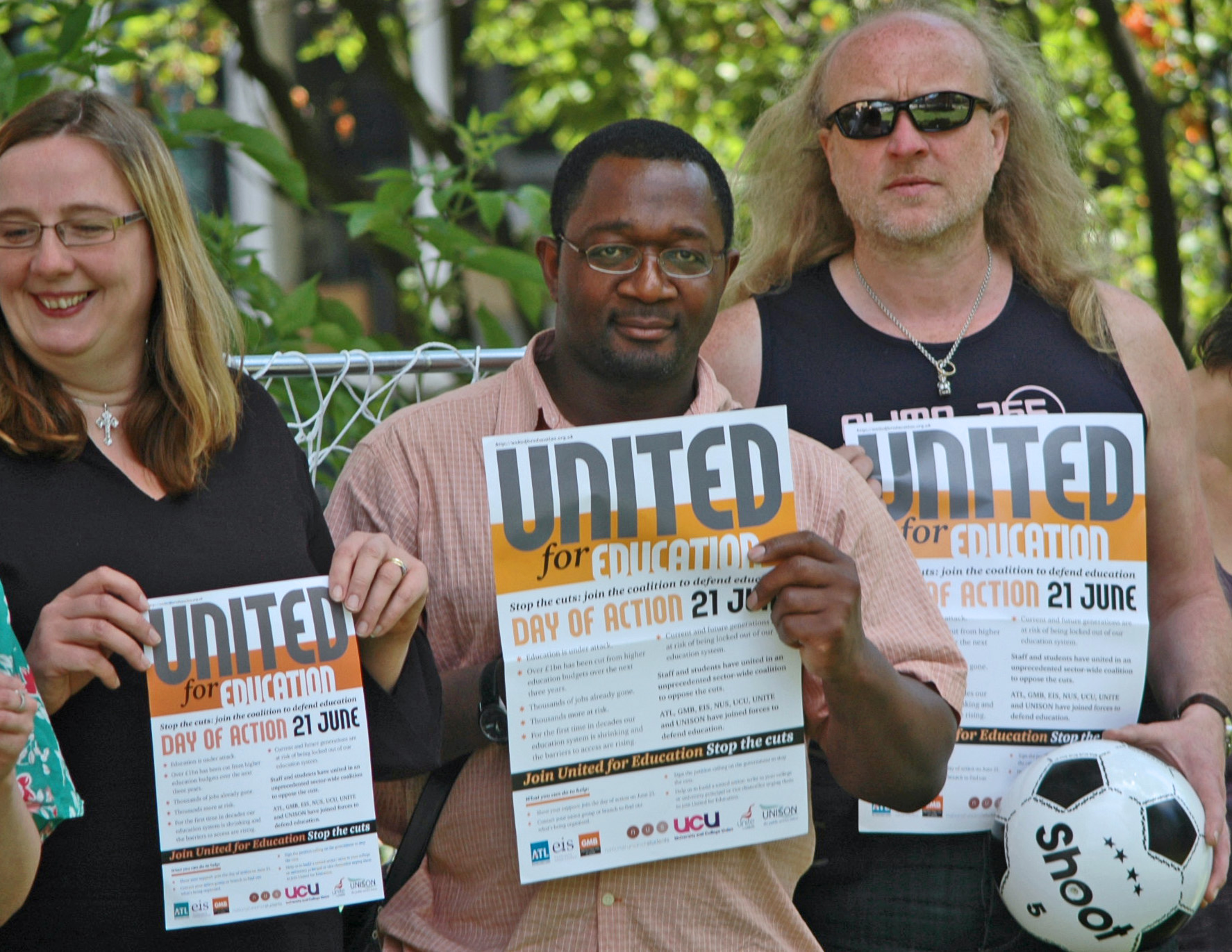 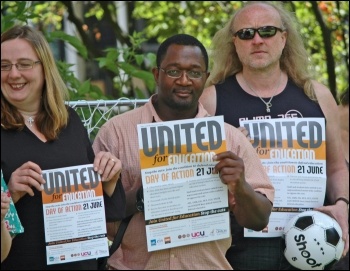 On 21 June, United for Education, a joint campaign of various education workers’ unions, held a day of action. This was in response to the fact that over £1 billion is being cut from the higher education budget over the next three years, thousands of jobs have already gone and many more are still at risk.

Actions ranging from meetings to strikes took place across the country. Here are extracts from just three of the reports sent into the Socialist.

A meeting was held by UCU members at Bradford College to celebrate management being forced by strike action to backtrack from 18 compulsory redundancies.

Laura Miles, a Bradford College rep and NEC member for UCU said that although it was a victory for the union, the battle isn’t over because there is still the threat of course cuts and changes to contracts.

At nearby Bradford University UCU, Unison and Unite members organised a joint protest of around 30.

A group of prospective students visiting the university for the day joined the protest and increased numbers.

In Leeds, around 75 campus trade unionists marched from Leeds University and other institutions to a rally outside Leeds Art Gallery addressed by members of UCU, Unite, Unison, and NUT as well as a supporter of the student led campaign ‘Leeds University Against Cuts’.

The speakers made it clear they will reject the Con-Dem cuts. A speaker from Leeds Metropolitan University Unison commented that the government might claim that public sector workers have gold plated pensions but if they went after them they would find out they’re armour plated!

Staff from North Warwickshire and Hinckley College held a ‘handshake march’ of over 20 people between the two sites. Union members pointed out that more people would see the need for action when the effect of the cuts is clearer. 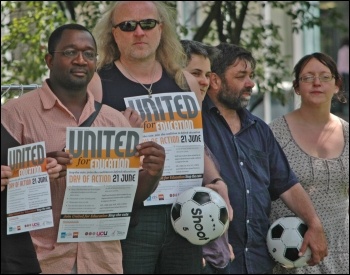 At the University of Manchester day of action, Hugh Caffrey spoke to Dave Beale, Communications’ Officer of the local UCU branch.

Just how serious are the planned cuts for universities?

The cuts would bring about a fundamental change to the university sector in Britain – they will be a real shock wave to the big elitist universities that form the leading Russell Group of employers in the sector.

The rest of the sector will be left to sink or swim and if the cuts are fully implemented, I can’t see some universities surviving.

So what about student tuition fees?

Working class students are essentially excluded from the elite Russell Group universities as it is, and with tuition fee increases and a protracted recovery or double dip recession, they will face the choice between massive student debts and poverty or long-term unemployment and poverty.

Do you think there is a realistic alternative?

Yes I do. I am sick and tired of us being told by the mainstream media, primed by the main political parties, that this is all inevitable.

We are being told that those who use and work in public services have to pay for the crisis, when the problem is with the free market.

There is potential in Britain and elsewhere in Europe for a massive union campaign that can actually prevent these cuts.

Where does the UCU fit within all this?

If the national leadership of the union is prepared to focus on these cuts above all else, are very serious about the use of industrial action, and fundamentally link the campaign to defend higher education with the broader struggle to defend the public sector as a whole, then the UCU can play an important role in this battle.

The PCS union has called on the TUC to organise a national demonstration of all public sector workers in the autumn to oppose the cuts. This would be a good start and I would like to see UCU support this.