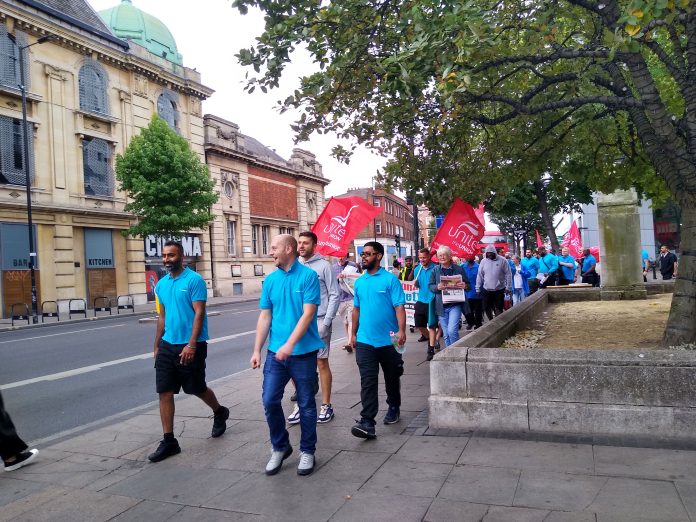 Just under three months after their first set of strikes, Hackney council workers in Unite the Union in bins, street cleansing and housing maintenance have been forced to take three further days of strike action.

Hackney’s Labour council is intransigent in refusing to budge on its insulting 1.75% pay ‘rise’. This is, in reality, a pay cut.

Since the first strikes, RPI inflation has increased even more, by nearly 3% to just under 12%.

Passenger transport drivers and assistants for special educational needs students are still involved in this dispute, but are not involved in the latest strikes because it is the school holidays.

Workers are angry that the council is not prepared to meet their 10% pay rise demand, at the same time as they are sitting on £300 million reserves.

There were determined picket lines at the Millfields bin depot and the Florfield housing maintenance depot.

All the workers came together for a lively demo of over 100 through central Hackney.

It was clear that many of the passers-by, including passing bus drivers, were fully in support of these workers, with thumbs up and tooting of horns.

The workers are determined to continue their fight for a decent pay rise. The slogan on Socialist Party leaflets and the Socialist newspaper of ‘All strike together’ went down really well.

Ten strikers bought a copy of the Socialist.