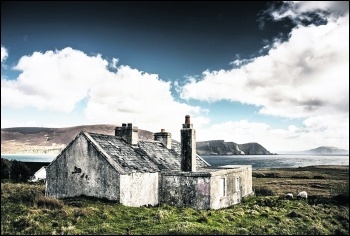 I have only recently caught up with Donal Ryan's wonderful, inventive 2012 debut novel about the brutal and shattering effects on a rural Irish community following the financial meltdown of 2007-08.

Each of the short 21 chapters tells the story, in monologue form, of individuals caught up in a bewildering and unprecedented - for this generation - economic crash. The 21 individual accounts starkly document how each person is affected as they search for meanings, truths and explanations.

They are a community and generation that expected better. They find themselves let down by establishment politicians, EU bureaucrats, and financiers as the 'Celtic Tiger' is vanquished.

The free market system and the ideology of economic liberalism, with its promise of prosperity and a land rich in milk and honey, has ended in inevitable failure. The dream - or rather the illusion - is dead, and the sting in the tail will be the years of harsh austerity to follow for people who had no hand in this financial disaster.

The narrative is rich, often raw, and sometimes humorous. Not surprisingly the style and form have drawn comparisons with Dylan Thomas's 'Under Milk Wood'. Ryan's novel is larger than fiction; it's a tale of the times.