After over a year of nights in, 'social bubbles' and rainy outdoor seating, it's no wonder the decision to bring back nightclubs and bars has been so popular, especially among the younger generation

The Socialist Party campaigned in the June referendum against the bosses' EU on a principled socialist and internationalist basis.

Drug-resistant infections could kill an extra ten million people every year by 2050. A potential 'post-antibiotic era' is fundamentally due to the profit system.

Miliband attacks young unemployed: In the same week that a new TUC report showed the dismal job prospects for young people in Con-Dem Britain, due to the miserable failure of British capitalism to invest, Labour leader Ed Miliband has launched yet another attack on us

It is said that where labour is cheap, life is cheap. This is never more so than in the recent horrific deaths of over 400 garment workers crushed in a collapsed building in Dhaka, the capital of Bangladesh... 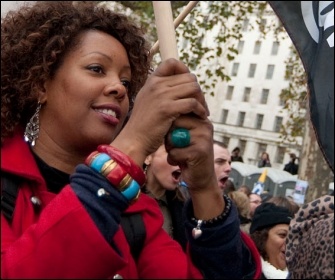 World in crisis - make the super-rich pay: As the G20 leaders meet in Mexico, once again it's clear that none of them has a clue about how to end the spiralling crisis of capitalism.

IT IS still difficult to assess the scale of the disaster that followed the explosion on the BP oil rig in the Gulf of Mexico on 22 April, which killed eleven workers, writes Pete Dickenson.

SWINE 'FLU is rapidly spreading. A vaccine to prevent infection is urgently needed but it will be next year before there are sufficient supplies to protect everyone in Britain. Eventually half the population...