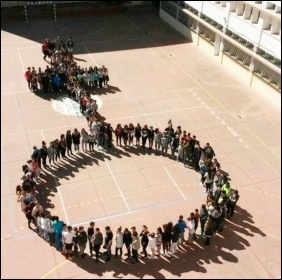 At least one in four women experience domestic abuse at some point in their lives. Two women are murdered by a partner or an ex-partner every week in Britain. Yet there are more animal shelters in this country than refuges for women and children.

Domestic violence is a major cause of homelessness for women, yet due to the housing crisis, alternative safe accommodation is very difficult to come by.

Council homeless departments whose homeless hostels are all full have decided that all women homeless due to fleeing domestic violence should access women's refuges in the first instance. This may sound like a good idea, apart from the shortage of refuge places.

In practice it means that when there are no local refuge spaces, as is often the case, women and children are being forced to leave their home towns to relocate further and further away. This at a time of crisis when they most need to be near their support networks.

Many are unable to cope and end up returning to their abuser or to unsafe accommodation.

But even securing a refuge space is not a final solution. A refuge provides temporary, emergency accommodation. Women and children need to be rehoused in permanent, safe housing suitable to their needs.

Increasingly this is not happening, with people left waiting in refuges for many months - meaning it is even harder to access a refuge space in the first place. People are being encouraged to access privately rented accommodation.

Indeed under the Welsh Housing Act every homeless person has a duty to look for a private tenancy and if they fail to do this they can be deemed 'intentionally homeless' meaning they will no longer receive any help with housing from the council.

Unfortunately private rent is unaffordable for many, housing may be in poor condition, and private landlords may not be understanding when it comes to the safety measures required. Often it is just not an option, leaving people with nowhere to move on to.

Sometimes people have been moved from refuges to other homeless hostels, just delaying the issue of finding permanent accommodation further and further into the future. The reality is that for some, putting up with abuse seems a better option than risking homelessness for their family.

My progress as a woman happened through education. I left school with no exams, married at 16 years old and had a large family. It took me years to have the courage to leave an abusive marriage.

I was then a single parent struggling on benefits. I decided to go to adult classes to get the GCSEs I missed out on. From this I gained the confidence to go to college and then uni. This was when full grants were available.

After my degree I worked in social research before doing a postgraduate in social work. I have now been qualified and working as a social worker for 14 years. I have since joined the Socialist Party and twice stood as a TUSC candidate in local elections.

Without the uni grant or the social work uni bursary, I would not have been able to move on. Education was my way out of being a victim and into becoming an independent woman. It allowed me to make choices to change my life. If only all women had the same opportunities.

Thursday 8 March 2018: the famed Tory government PR machine - "strong and stable leadership", "the right approach", and countless other rib-ticklers - swings into action. But what is its real record on women's rights?

Two years on, only eight out of 43 police forces in England and Wales have taken part in a new College of Policing national training programme, Domestic Abuse Matters, meant to enable police officers to deal sensitively with domestic incidents

Around half of private letting agencies, according to Shelter, have a 'no DSS' policy, thus further hindering women, even with children, from acquiring accommodation away from an abusive partner

And remember what the blessed Margaret said: "There is no such thing as society. There are individual men and women and there are families" - broken, abused or otherwise.

All the money the Tories have 'saved' could go towards their proposed statue of Thatcher in the name of capitalist women oppressing women. Delivering on promises! True leadership! Onwards to Armageddon!

When we demand change we don't ask for the dregs of the coffers after the bigger purchase.

We coins have come to understand that through the collective, we have more value than the jar we were placed in, and we need never be contained again.