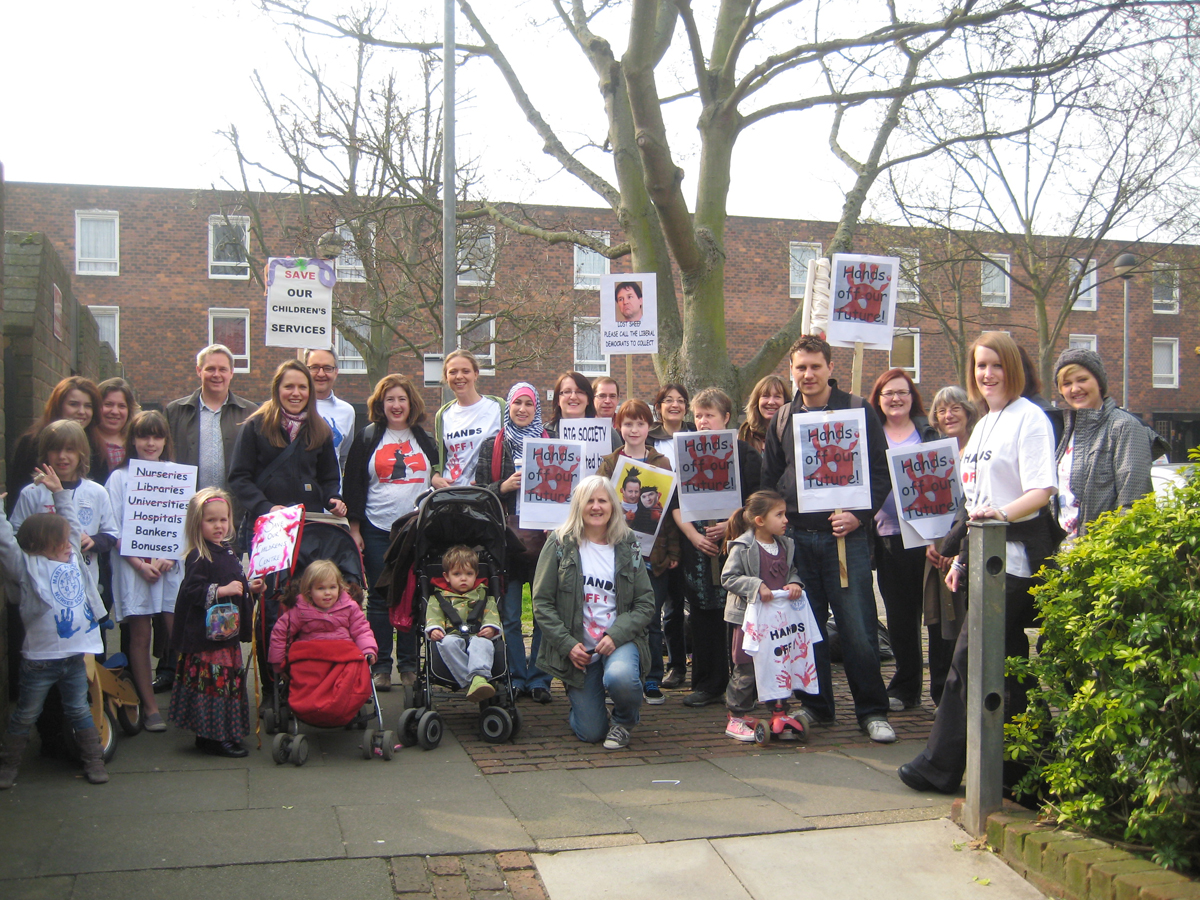 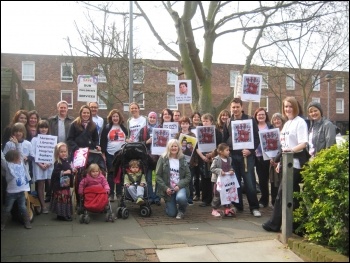 Save Sure Start services – Westminster campaign, photo Save our Childrens Services   (Click to enlarge: opens in new window)

Around 30 supporters of the Save Our Children’s Services – Westminster campaign marched on the 26 March TUC demonstration.

Children from a local nursery used handprints to make t-shirts and placards saying ‘hands off our services’. The demo will give a huge boost to hundreds of campaigns like ours everywhere.

Our campaign was set up earlier in March by parents and carers to oppose the local council’s plans to cut the borough’s Sure Start children’s services by, on average, £50 a child next year. This is despite the prime minister’s assurance that children’s centres would not suffer from spending cuts.

Westminster says central government funding for Sure Start has been reduced so the council must also cut its budget, but we don’t accept our services must be cut as a result.

In Westminster there is money for some things but not for others. 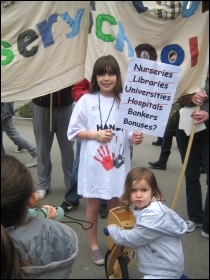 Save Sure Start services – Westminster campaign, photo Save our Childrens Services   (Click to enlarge: opens in new window)

The council says it needs to save around £0.75 million from its Sure Start budget. Yet, it has over £11 million in reserves.

Our campaign asked every councillor to vote against cutting the Sure Start budget. Yet at the March meeting, elected councillors voted through a 20% cut to children’s services, while rejecting a proposal to reduce their own allowances by 10%.