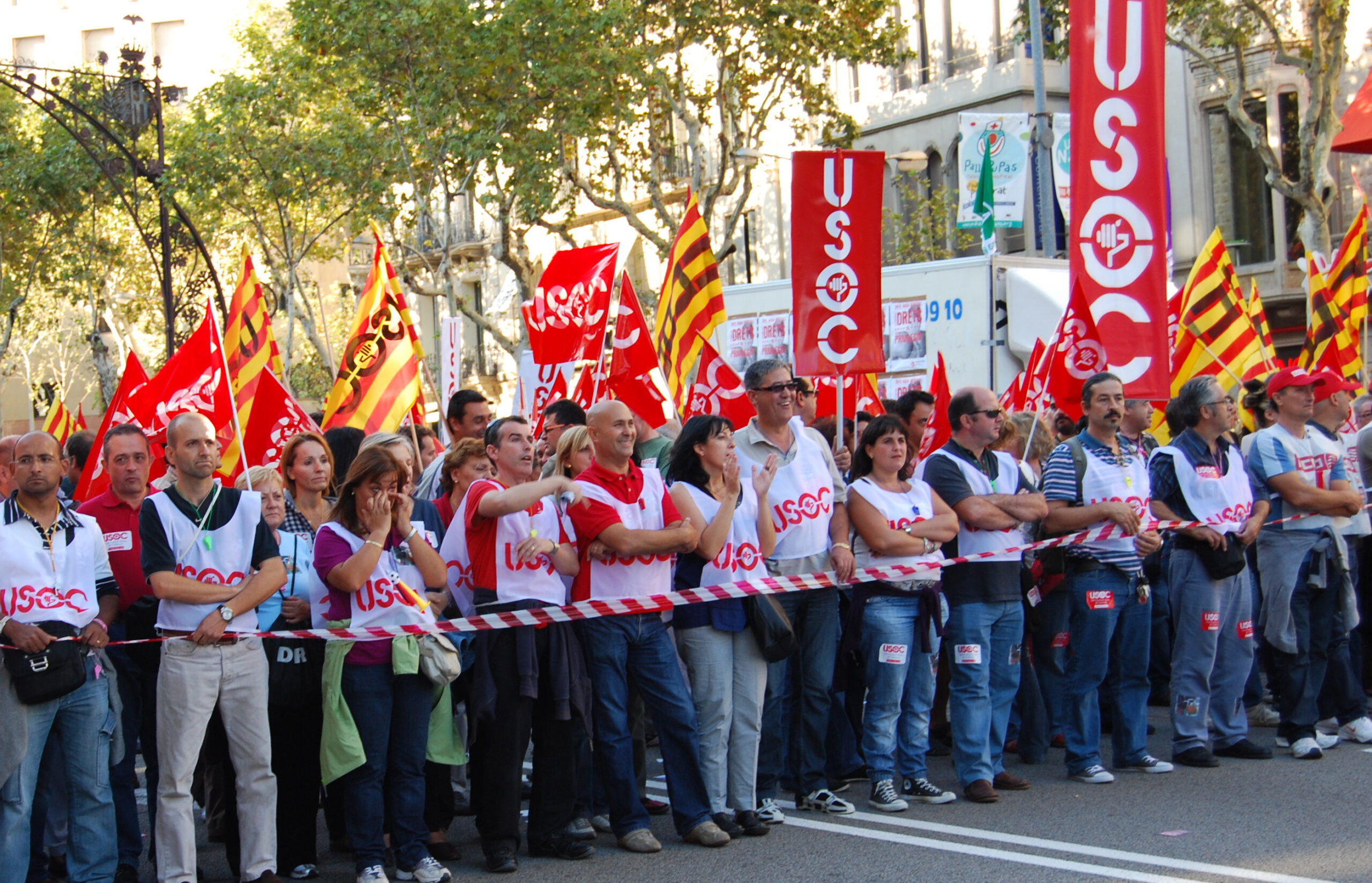 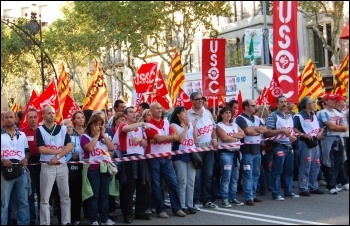 On 14 November a general strike called by Spanish, Portuguese, Greek and Cypriot trade union federations will take place against government austerity measures – part of a “day of action and solidarity” called by the European Trade Union Confederation. Ahead of the general strike, Danny Byrne reports from Spain on the devastating impact of capitalist recession and austerity in that country and how the working class is fighting back.

The Spanish government is living through the autumn like a hangover victim on a rollercoaster, with the twists and turns of mass protest, and mounting regional and national crises constantly upsetting its already nauseous and unstable equilibrium.

As each day goes by the weakness of prime minister Mariano Rajoy is underlined, as is the failure of his ruling People’s Party policies. So desperate is the government to deny reality, it paints the loss of 140,000 votes in the recent Galician regional elections as an astounding victory!

The constant release of economic data rubbishes any claims that the government has the situation under control. Predictions from the most credible economic analysts for the Spanish economy for this year are for a recession three times deeper than the government’s forecasts.

This ‘worse than expected’ outcome will undoubtedly be used to justify further blood-sucking measures, beyond the already brutal cuts package of €27 billion included in the budget. The graphic failure of austerity policies, which are further depressing the economy, hardens the resolve of those determined to fight for an alternative path.

As well as sinking the economy, these measures and the catastrophic economic depression underway, also sink millions into poverty and desperation. Last weekend, official unemployment passed 25% of the workforce, over 5.7 million people. Over 1.7 million households are without any working income, and over 2.5 million of the unemployed do not even receive state benefits.

Over 70% of those on the measly state pension subsidise a younger family member and often his/her entire family.

In recent days, the trauma of evicted families has been at centre-stage in the Spanish press. 19th century archaic property laws mean that the hundreds of thousands of people, whose houses were repossessed following the collapsed housing bubble, not only lose the house but continue paying for it until the end of their days! The high-profile suicide of an evicted man in Granada sums up the hopelessness of such a position.

These are but a few examples of the devastation that the capitalist crisis is producing, and which is set to deepen if the growing fightback from below does not manage to chart a way out of the quagmire with socialist policies.

In Madrid, the regional government is proposing unprecedented measures to curtail the “endless protests [which] are collapsing the city”. Each day also brings strikes over various austerity measures in varying sectors. For example, on Friday 26 October, 47 anti-austerity demonstrations took place, in Madrid alone!

Not a day goes by when town halls in all major towns are not inundated by protests. In recent weeks, national strikes have taken place among bus, metro and pharmaceutical workers, as well as numerous industrial disputes in private sector factories.

School students engaged in a 72-hour strike on 15-18 October which, in a historic development, was supported by the main Spanish parents’ association which called on parents to keep children out of school. The list of mobilisations is endless.

The general strike of 14 November will surely represent a powerful coming together of these channels of anger and opposition to austerity. However, it is crucial that the ‘pattern’ of struggle imposed from above by the main union leaders – of massive displays of strength followed by demobilisation and resignation to the government’s policies – around both the general strikes of 2010 and of March this year, is broken.

Socialismo Revolucionario (CWI in Spain) emphasises the importance of the building and strengthening of democratic assemblies as genuine instruments of organised pressure from below to be coordinated. These assemblies should debate and discuss the way forward and struggle from below for a militant strategy of sustained and escalating struggle.

Such a struggle should adopt the demand for a 48-hour general strike as a fitting next step in a calendar of mobilisations.

The 14 November strike confronts a government much weaker than in March this year; and a movement strong and determined enough could bring it down.

14 November will represent a key step forward, in bringing together for the first time, workers across the Iberian Peninsula in general strike action, a source of confidence to workers in both countries and across Europe.

This – which could and should be added to by other countries in Southern Europe – can open the way for widened coordinated action, towards an all-European 24-hour general strike.