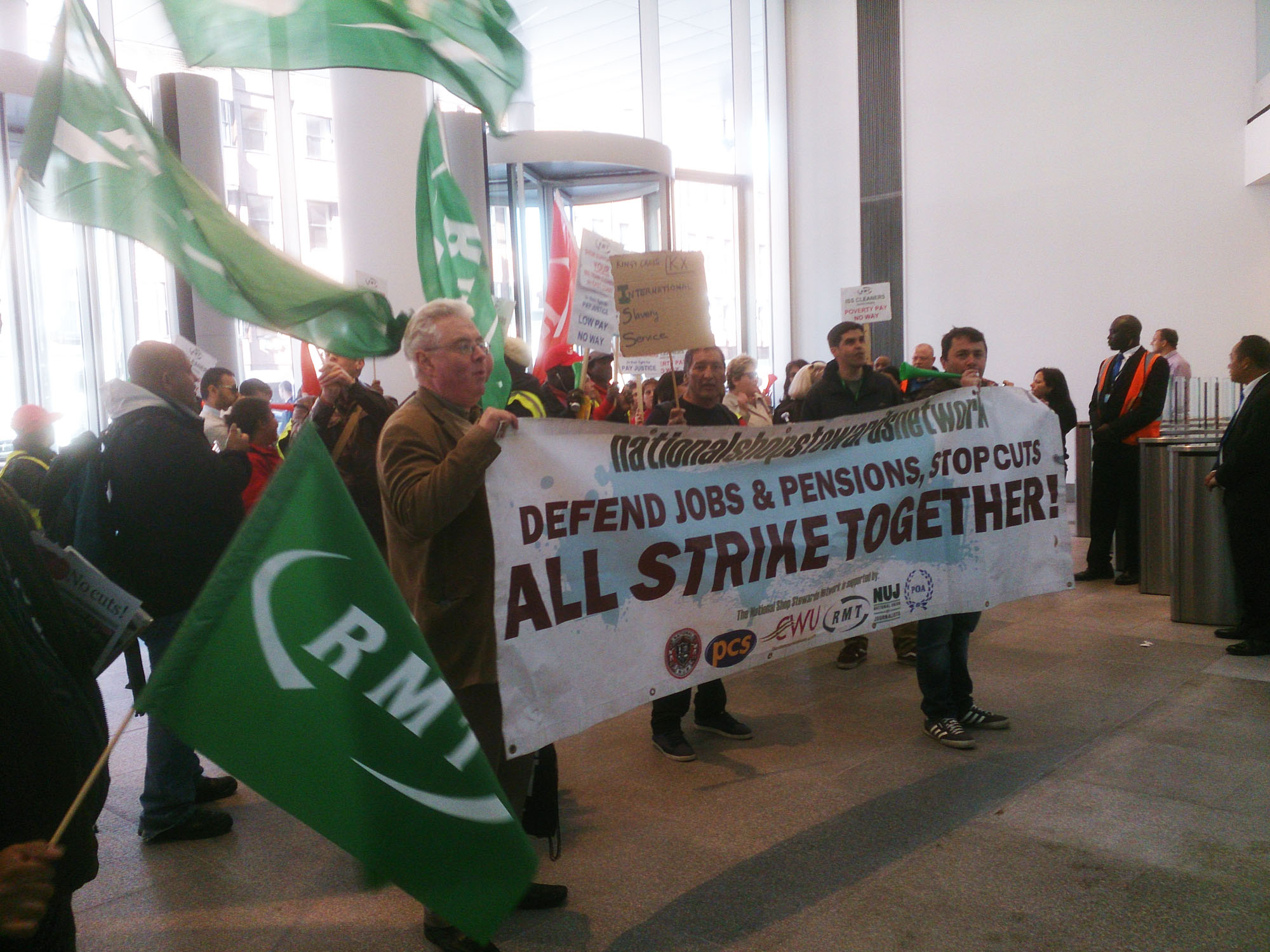 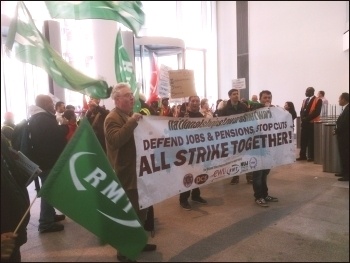 Transport cleaners working for cheapskate contractors ISS on the East Coast mainline are taking further strike action today as their union, RMT, steps up the fight for pay justice for cleaners in the transport sector.

Two RMT demonstrations are taking place today to back up the strike action, at York station – marching to the offices of East Coast – and at Kings Cross in London.

During the protest at Kings Cross, chair of the National Shop Stewards Network Rob Williams addressed the strikers, giving solidarity from the NSSN.

After protesting at Kings Cross station, the strikers and other RMT members and supporters moved to the nearby offices of ITN, angered at the lack of coverage of the dispute. They entered the building and refused to leave until a reporter met them to find out why the strike was necessary. 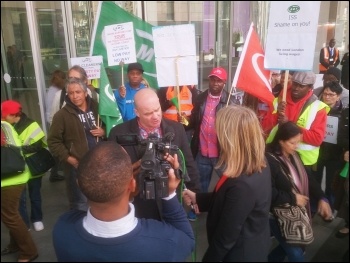 RMT has been campaigning for the ISS cleaners to receive the Living Wage and for improvements to their working conditions and pensions that match the important job they do.

However, despite efforts by RMT to force the issue, including rounds of previous rock-solid action, the company remains entrenched and has chosen to adopt an aggressively hostile attitude that has led to this action.

ISS is a wealthy company, it has no grounds for pleading poverty or for exploiting its own workers. In the year to 31 December 2011 ISS (UK) Limited’s pre-tax profit was £7.543 millions.

Despite this healthy income, over the last ten years the company has paid an average of just £41,400 a year in corporation tax.

Instead, the profit generated by the workers has been diverted to shareholders. For the past five reported years, ISS (UK) Ltd has paid an average of over £5 million a year in dividends to shareholders.

Even after deducting for its liabilities, the company reported total assets of over £129 million. The directors also continue to be highly rewarded. 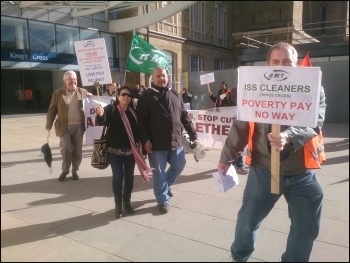 ISS says in its statement of values:

“Walking the walk: At ISS, our values are the foundation to everything we do. From how we work with our customers. To the way we treat our people. Staying true to our values means more than doing our best for you.”

RMT says it’s about time it did “walk the walk” on how it treats its people on the East Coast contract. 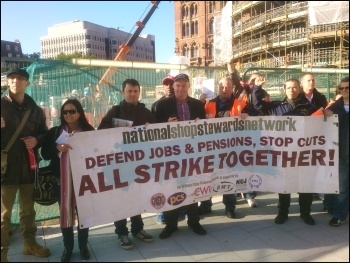 “It is appalling that instead of implementing their own ‘values’ statement and tackling the evil of poverty pay through the introduction of the living wage, ISS have instead resorted to a campaign of stalling and provocation that has forced this latest wave of action.

“It is disgraceful behaviour by this global brand where the boardroom is awash with cash and millions is being siphoned off by shareholders that could easily pay the living wage to the East Coast cleaners.

“The rock-solid solidarity shown by RMT cleaners on previous strike days sends out a message that the union remains geared up for an all-out fight for cleaners’ pay justice at ISS on the East Coast and across the transport network.

“The train operators should be using their clout to force ISS back to the negotiating table to get this dispute resolved.”

Reports from Socialist Party members and an RMT press release