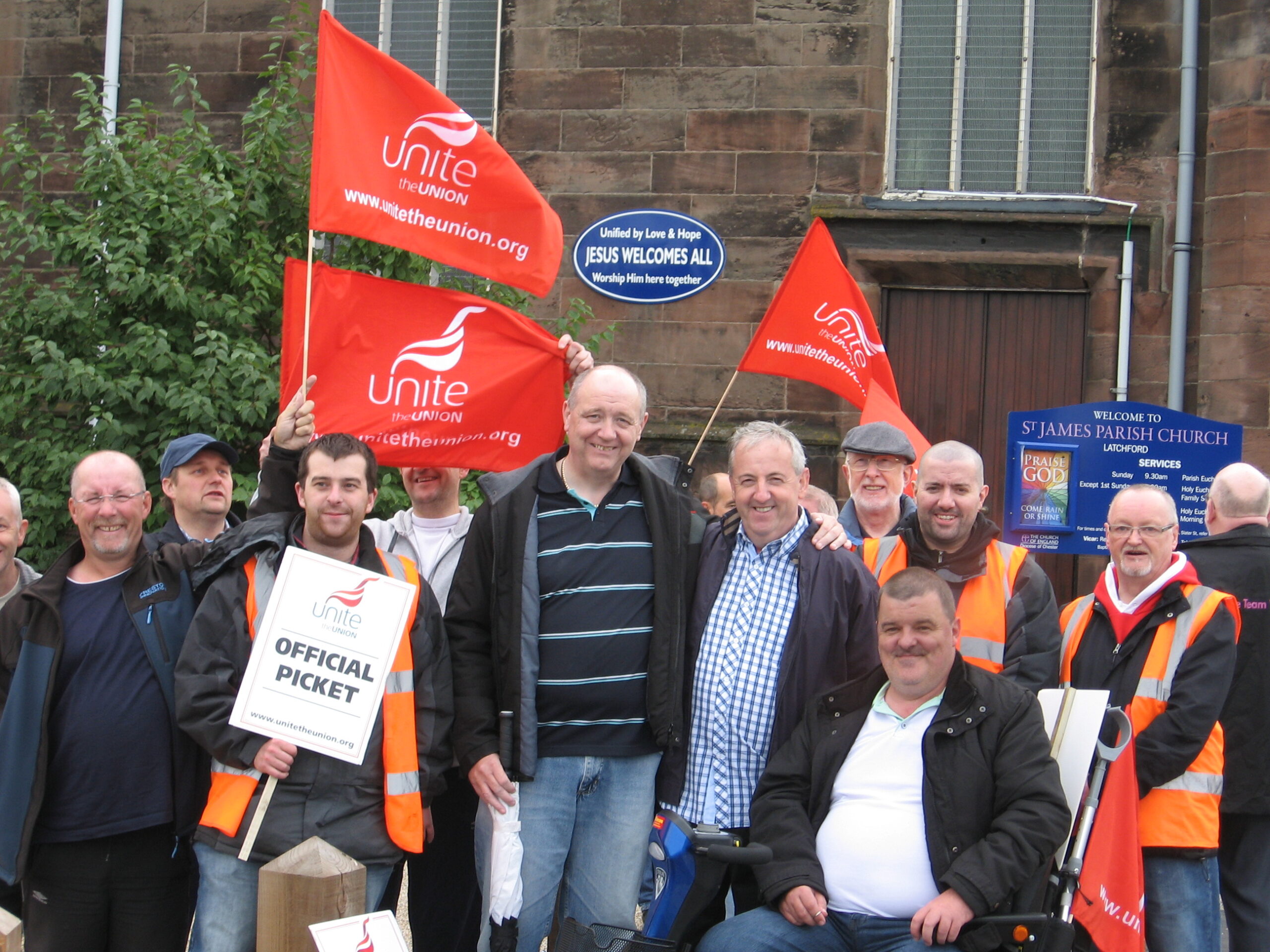 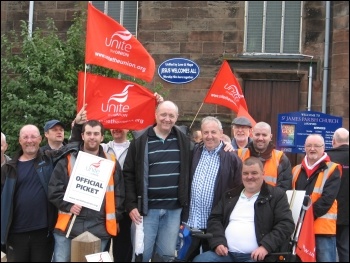 Bus drivers at Network Warrington are staging a number of one-day strikes against a pay freeze and also a lack of investment which they fear is setting the company up to fail. Warrington is one of the few towns where the buses are still municipally owned.

I spoke to the striking Unite members outside the depot on Wilderspool Causeway.

“The pay ‘offer’ is 0% this year and the same next year!” I was told by one driver, and the shop steward also explained the attitude of the Labour councillors who exercise ultimate control over the company.

The issue of pay seems to be the straw that broke the camel’s back, but many other issues are agitating the workforce too.

“This company works like a secret society, you can’t find out what’s going on. When we met the councillors they were quite hostile – Labour councillors! Only Kevin Bennett out of them all has offered us any support.

“We had a better relationship with the Liberal administration when they were in power, at least they answered our letters.

“We did eventually meet the Labour councillors but it seems they are not interested. We worry that the company is being run down to sell it.”

I asked if the likes of Arriva and Stagecoach were in the picture.

“There’s been bids in for Network Warrington, we’re sure, although this lot deny it. They need to invest to save the company. They loaned £650,000 but a loan is not investment”.

I mentioned the frequent sight in Warrington of empty buses.

“Exactly. They should set the routes so it’s busier, less money lost, so they at least break even”.

We spoke about the modern plague of more and more senior managers, less and less shop floor workers.

“A lot of senior managers have been took on. One manager becomes three, that’s how it has been going. The previous Managing Director has a lot of questions to answer”.

The company employs about 230 drivers and the vast majority had obeyed the strike call with just a few non-union members and managers crossing the picket.

Strikes are planned over the next seven weeks.

Messages of solidarity can be sent to [email protected]

This version of this article was first posted on the Socialist Party website on 16 September 2013 and may vary slightly from the version subsequently printed in The Socialist.