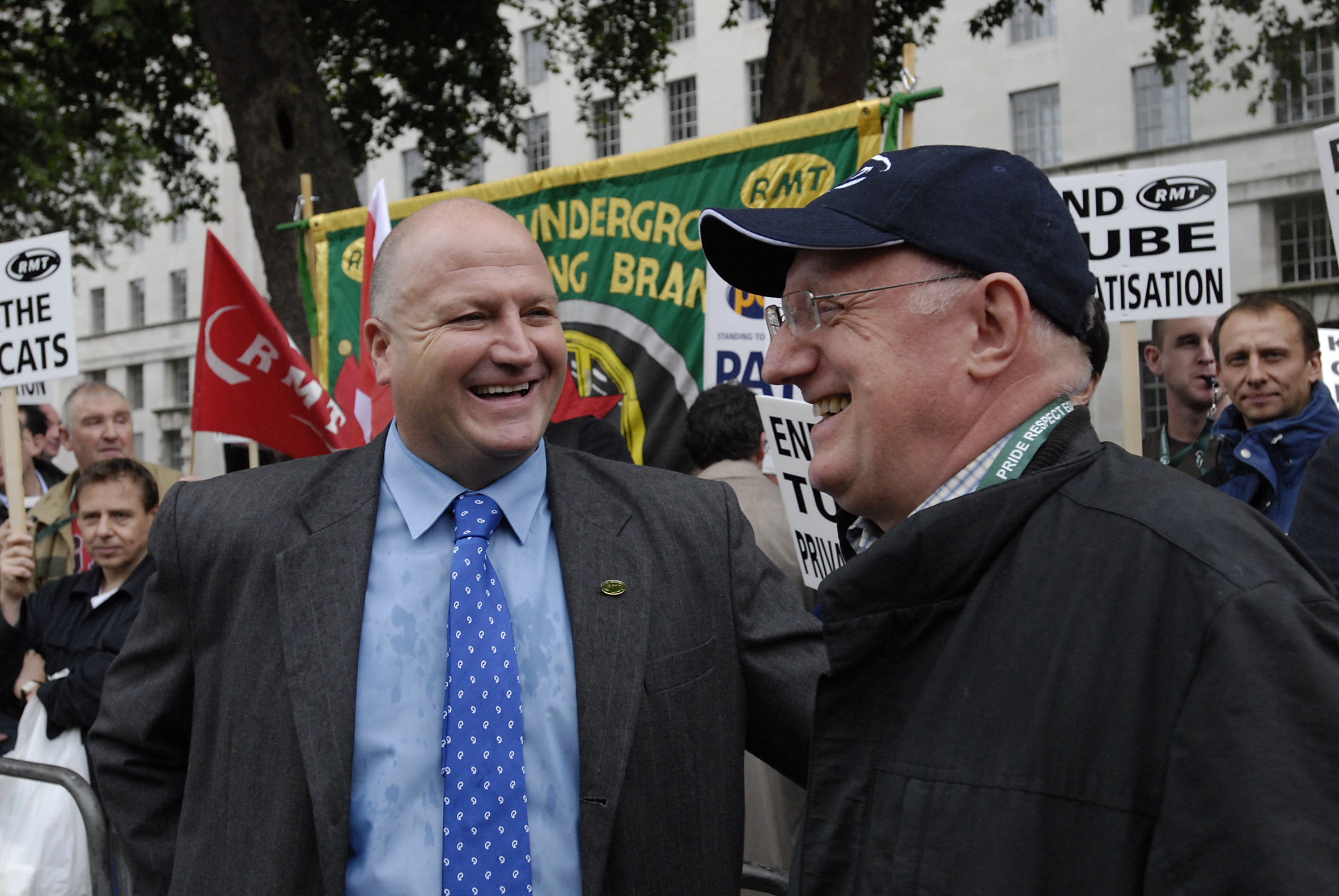 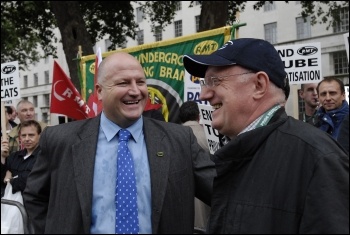 Bob Crow on RMT lobby against privatisation on the railways, photo Paul Mattsson   (Click to enlarge: opens in new window)

Bob’s militant industrial traditions and his socialist politics were celebrated by union officials and delegates along with international visitors representing metro workers from New York and Turkey, transport workers from France and shipping workers from the USA.

Bob’s tragic death earlier this year as a massive blow to the whole trade union movement yet the RMT AGM also demonstrated that our fighting spirit and determination to defend jobs, pay and conditions at work lives on.

Battles against the cuts imposed as part of the McNulty programme on National Rail are developing across many train operating companies.

The idea has been raised of a national rail strike which will gain support over the coming months.

With London Underground members, also likely to take further strike action over massive cuts to tube funding, the union could be involved in strike action of unprecedented scope.

The AGM called on the next government to renationalise all rail services and end the expensive and counter-productive system of franchising that bleeds public money in the pursuit of profit.

In a historic vote the RMT has removed sections of the union rulebook that gave automatic support to the Labour Party. From now on Labour will be considered in the same way as any other party if a branch or region wishes to support it in an election.

Twenty of the 60 delegates attended the TUSC fringe meeting and heard Dave Nellist explain how TUSC is looking forward to next year’s local and general elections.

The AGM also voted not to accept the position of the executive to make no recommendation to members in Scotland over the Scottish Independence Referendum.

This matter will now go back to the Council of Executives for further consideration. A significant section of the conference delegates are pushing for RMT to recommend a Yes vote.

It appears London Underground (LU) management has reneged on agreements made following the last LU strike. As we go to press, the RMT are discussing possible further action.

LU electricity supply workers at the LU Power Control Room, members of RMT, TSSA and Unite, are due to strike for eight days from 8pm on 1 July. The dispute, over pensions, length of service, working conditions and future jobs, could close the tube network.