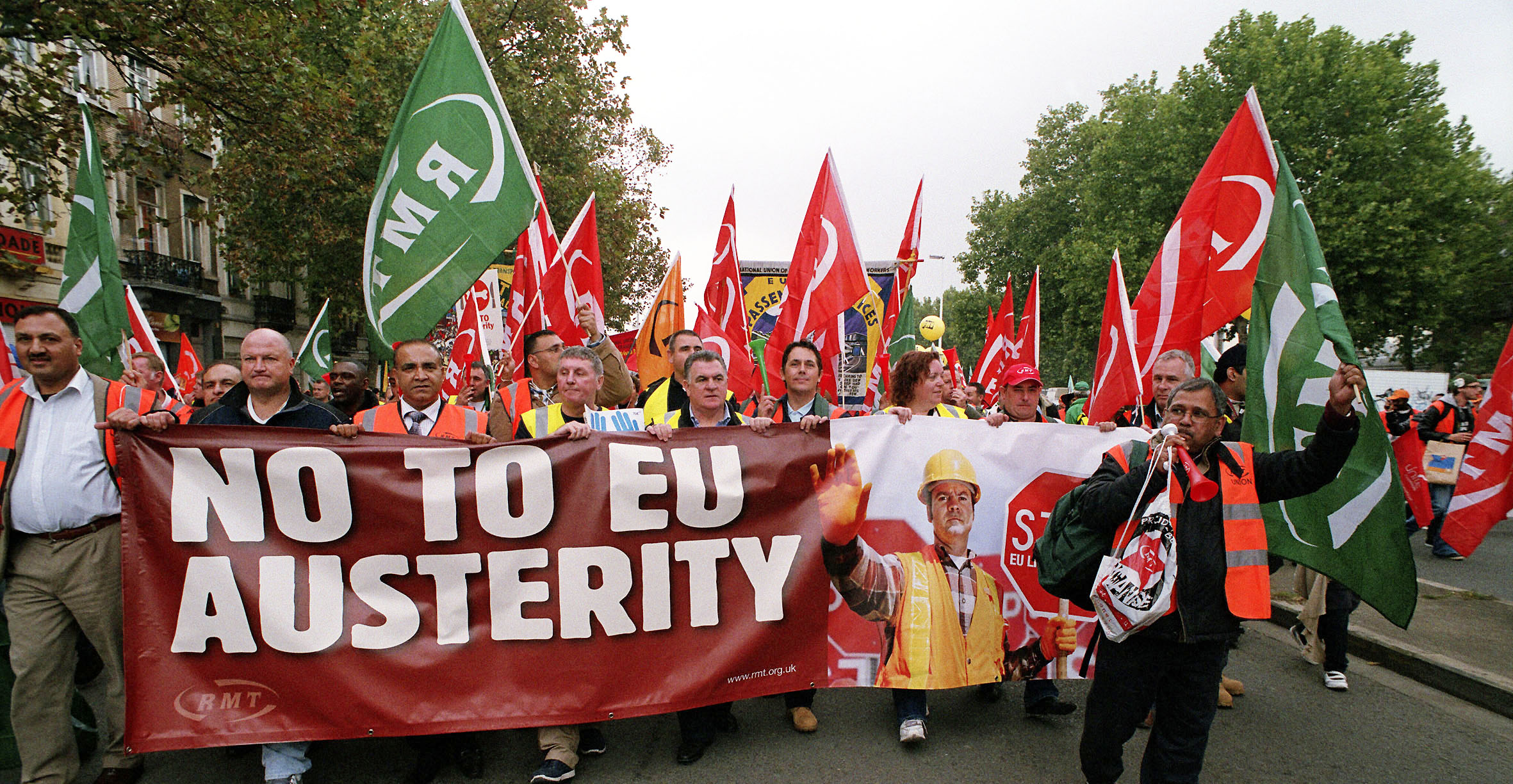 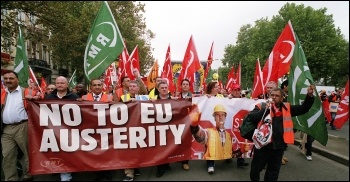 The Trade Unionist and Socialist Coalition (TUSC) conference on 26 September will discuss what attitude TUSC should take to a referendum on European Union (EU) membership. The motion being put to the conference by the steering committee states:

“The Trade Unionist and Socialist Coalition agrees to register with the Electoral Commission as a ‘permitted participant’ in the EU referendum to enable it to conduct an independent campaign against EU membership.

“We further agree that TUSC should not participate in any officially designated exit campaign that is headed by reactionary racist and pro-austerity politicians but should campaign on the basis of its own core policy platform of opposition to austerity and support for socialist policies, while being prepared to work with other working class and socialist organisations who take a similar stance.

“TUSC recognises that there are participants within our coalition who will want to support EU membership or argue for abstention and, as a coalition, guarantees their right to present their own position publically as TUSC constituent organisations, members and candidates.”

As the resolution states there are different views in TUSC on this issue and some participants in the conference will argue for TUSC to call for staying in the EU or abstention.

The Socialist Party, however, will hope to win the conference to an independent TUSC campaign against EU membership linked to a class and internationalist programme – emphasising the common interests of the European working class and rejecting capitalist nationalism.

The history of the EU has been a succession of treaties each further enshrining anti-working class laws. The most recent, in 2007, was signed by then Prime Minister Gordon Brown without the referendum that Labour had previously promised for constitutional change. It enshrined in EU law privatisation and deregulation, attacks on workers’ rights and public services.

If a Corbyn-led government was to implement some of the policies he was elected as Labour leader on – such as nationalisation of the railways and energy companies – it would immediately face shrieks of outrage from the institutions of the EU that a British government was ‘breaking the law’.

Jeremy Corbyn has it seems, unfortunately partly retreated from his call for renationalisation of the railways – bowing under huge pressure from the right wing parliamentary Labour Party. His new much weaker proposal (to nationalise railway lines only when existing contracts expire) would only lead to a third of the railways coming into public ownership by 2025. Even this modest proposal, however, would be decreed to be breaking EU law. 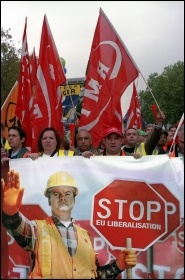 Of course, the EU would not be able to force a left-led government to bow to its dictacts and, by standing firm, it would be possible to win huge popular support from workers not just in Britain but across the whole of Europe.

Nonetheless, the bosses’ EU is one more obstacle that any left government will face. For this reason it is a serious mistake for Jeremy Corbyn to have given into to the relentless bullying by the Labour right and agree to argue for a vote to stay in the EU in a referendum.

In the last three decades, the majority of the leadership of Britain’s trade unions have also argued for EU membership, claiming that workers could extract benefits from Britain’s membership. But that argument has now been completely undermined as the EU becomes more and more a neoliberal tool against workers’ organisations and rights.

At this year’s TUC conference a resolution was agreed which threatened that the trade union movement could call for Brexit if Cameron was successful in getting further anti-worker ‘opt outs’ agreed. This is correct but even without anti-worker concessions to Cameron there is no justification for campaigning to remain in the EU. Look at the brutal treatment that the EU has meted out against workers in Greece, Spain, Portugal, Italy and Ireland.

Some, particularly young people – repelled by the nationalism of Ukip and the Tory right – see the EU as a progressive force. Yet ‘Fortress Europe’ with its appalling treatment of refugees fleeing for their lives from Syria and elsewhere shows that this is not the case.

While it allows migrants from Syria to drown trying to reach Europe, the EU has allowed free movement of workers within its borders, not for humanitarian reasons but in order to maximise profits via a ‘race to the bottom’. EU measures such as the ‘posted workers’ directive’ are designed specifically in order to drive down wages. The result is an increase of fear and resentment that workers already resident in a country will see their wages and public services threatened by increased migration particularly from the low-wage economies of Eastern Europe.

The only answer to this is to build a united movement to fight for the rights of all workers; for a £10 an hour minimum wage, the rate for the job for all, and for an end to austerity. This must include defending the rights of all workers who have moved across the continent in search of work to remain, if they wish to do so, with full rights in the country where they now live.

Trade union leaders who defend the EU will argue that we should stay in and try to ‘reform it from within’.

This is utopian. The EU has almost no mechanism of democratic accountability with central decision making in the hands of the European Council, the heads of government of the 28 different capitalist nations of the EU. The elected European Parliament is almost completely powerless. The EU really is a capitalists’ club.

Capitalism is incapable of overcoming national divisions. On the contrary the attempt at ‘union from the top’ of the EU is leading to increased national tensions, particularly as world capitalism has entered crisis.

TUSC has a vital role to play in fighting for a socialist, internationalist campaign to exit the EU. Without such a campaign the danger is that workers’ anti-EU feeling – and very probably anti-government feeling as the referendum could become in effect a referendum on the government – will be channelled by the right wing ‘little Englanders’ of Farage and co.