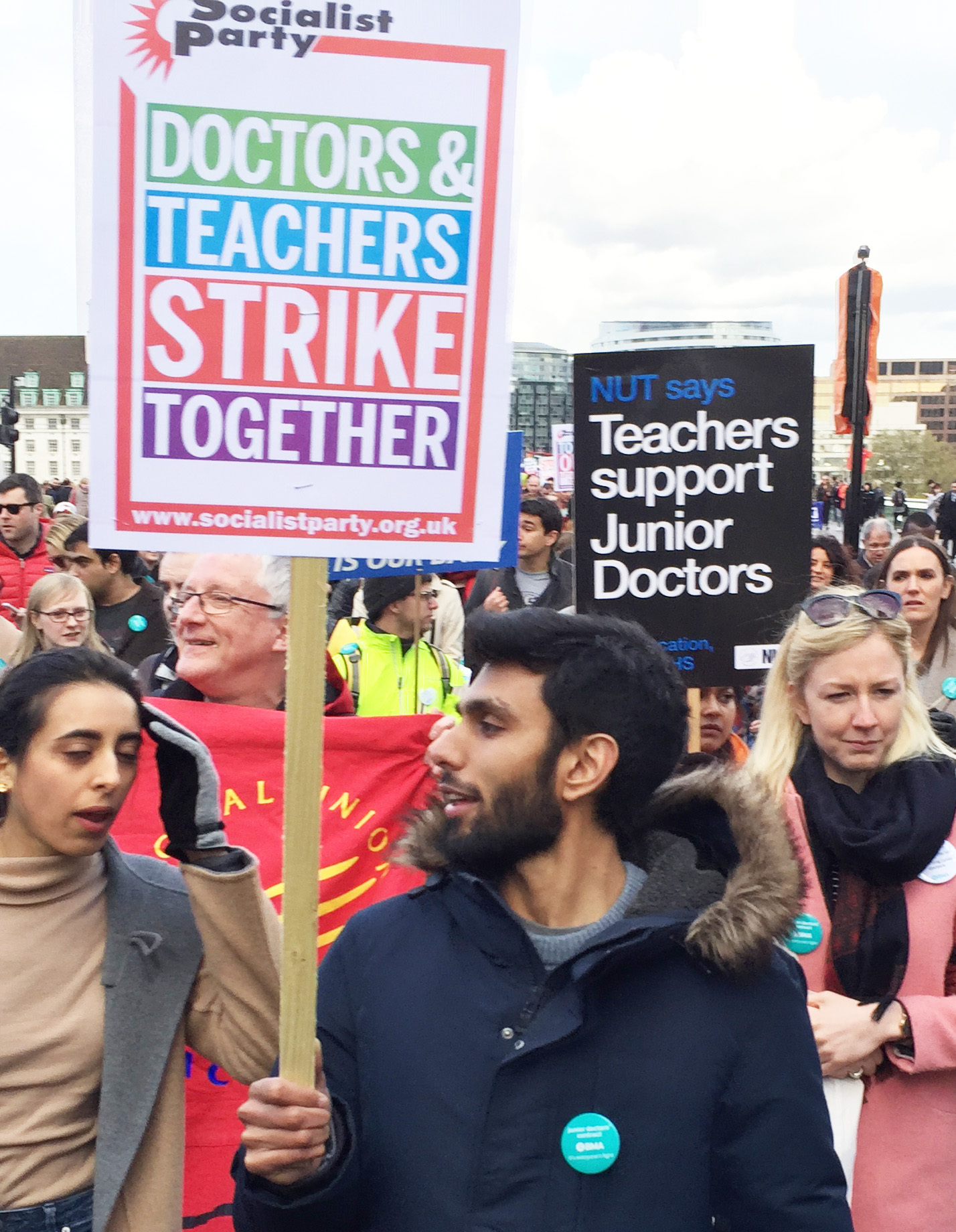 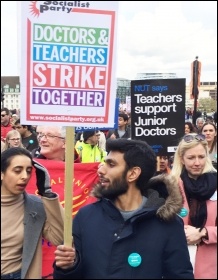 Junior doctors staged their first full walkout in NHS history from 8am to 5pm on 26 and 27 April.

Emergency care was provided instead by consultants and other health professionals. This momentous escalation was in response to Health Secretary Jeremy Hunt’s continued refusal to negotiate.

The strike went ahead despite ongoing pressure on Hunt to back down – including a continuous grassroots protest outside the Department of Health, begun in early April.

Labour’s right wing has again undermined Jeremy Corbyn’s support for the strike. Scandalously, Shadow Health Secretary Heidi Alexander suggested a trial of the new contract. In effect, no different to the Tory plan of staged imposition from September.

It is not the timeframe for contract change that doctors are protesting, but its actual terms. These discriminate against women doctors, will force staff to work more unsociable hours for less pay, and will worsen patient care.

Some had expressed concern about a full withdrawal of labour. But the belligerent government has forced this action through its refusal to back down. Public support for the strike remains high, despite media attempts to unnerve doctors.

Teachers’ union NUT has already discussed the idea of coordinating strikes with doctors’ union BMA. This would massively boost morale, and put further pressure on the government.

On the evening of 26 April, the BMA and NUT in London held a joint protest. Socialist Party members in the unions and National Shop Stewards Network have worked to help this happen. Teachers and doctors marched in solidarity against vicious attacks on the NHS and schools.

Following this, we must push for unions to mount more decisive, coordinated action – at local and national levels – against this government’s heavy-handed barrage of cuts and privatisation.