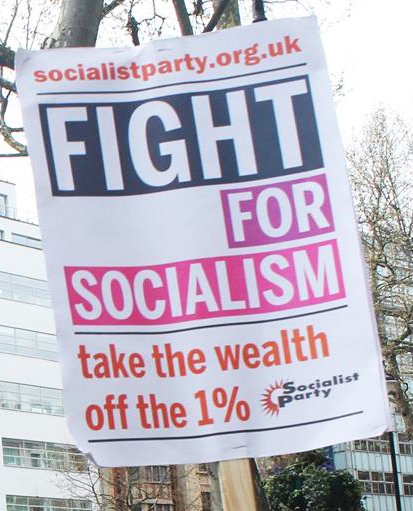 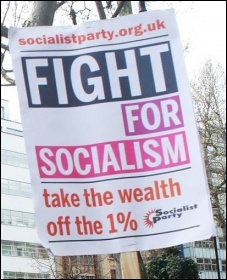 Join the Socialists!   (Click to enlarge: opens in new window)

As a public sector worker, a social housing tenant and someone looking towards the last ten years of their working life, I fear this Tory government and what plans they have to exploit working people and give our assets and resources to their wealthy friends. I had the benefit of the post-war settlement where healthcare, housing and education up to post-graduate level was possible for me as a working class person.

All that is virtually gone. A young working class person now has a negligible chance of going to university due to crippling tuition fees and the return of the grammar schools which will only entrench inequality even further.

They cannot possibly buy a house or get on a social housing list and will be left to the mercy of private landlords who will continue their gouging till the system collapses. They are stuck with diminishing wages and rights at work as the elite demand a bigger slice of the pie year after year.

And of course, with the planned privatisation of the NHS they will live in fear of becoming ill as healthcare will become an unaffordable commodity. I’ve had enough and judging by the huge interest in politics in this country and abroad, so have millions of others.

It’s time to fight back and demand that we, and the next generation, have a stake in society rather than be exploited for profit and for gain by the elite. This is why I’ve joined the Socialist Party.