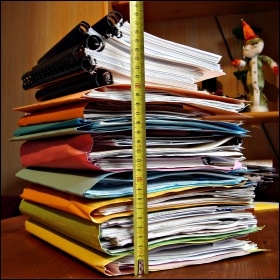 Teachers work an average of 48 hours a week, and some work more than 60. This is the finding of a new report from the Education Policy Institute think-tank.

The BBC highlighted this report with the headline "Many teachers 'working 60-hour week'".

Teachers know they work long hours. They know that by half term they are crawling to work. They know they neglect their family and friends. They know being tired is not good for the children they teach.

What teachers don't want is another report telling us that, or ridiculous responses like 'increasing class sizes reduces workload'. We want action to reduce workload.

In Coventry on 14 October we had our National Union of Teachers (NUT) reps' training day. It was clear, where teachers are taking collective action in their schools, they are winning small concessions.

In my school, for example, we now have a minimum marking policy. It means that most of our marking is done in lessons and not at home at midnight. Compare that to the rep whose everyday marking involves so many different coloured pens that the students are now responding in pink crayon!

The success from winning concessions school by school is limited. Even if an NUT group goes as far as taking strike action, the success is limited to just one school.

Nottingham's Education Improvement Board has launched a voluntary 'Fair Workload Charter' for schools. It puts a cap on working time out of school at two hours a night. A move in the right direction.