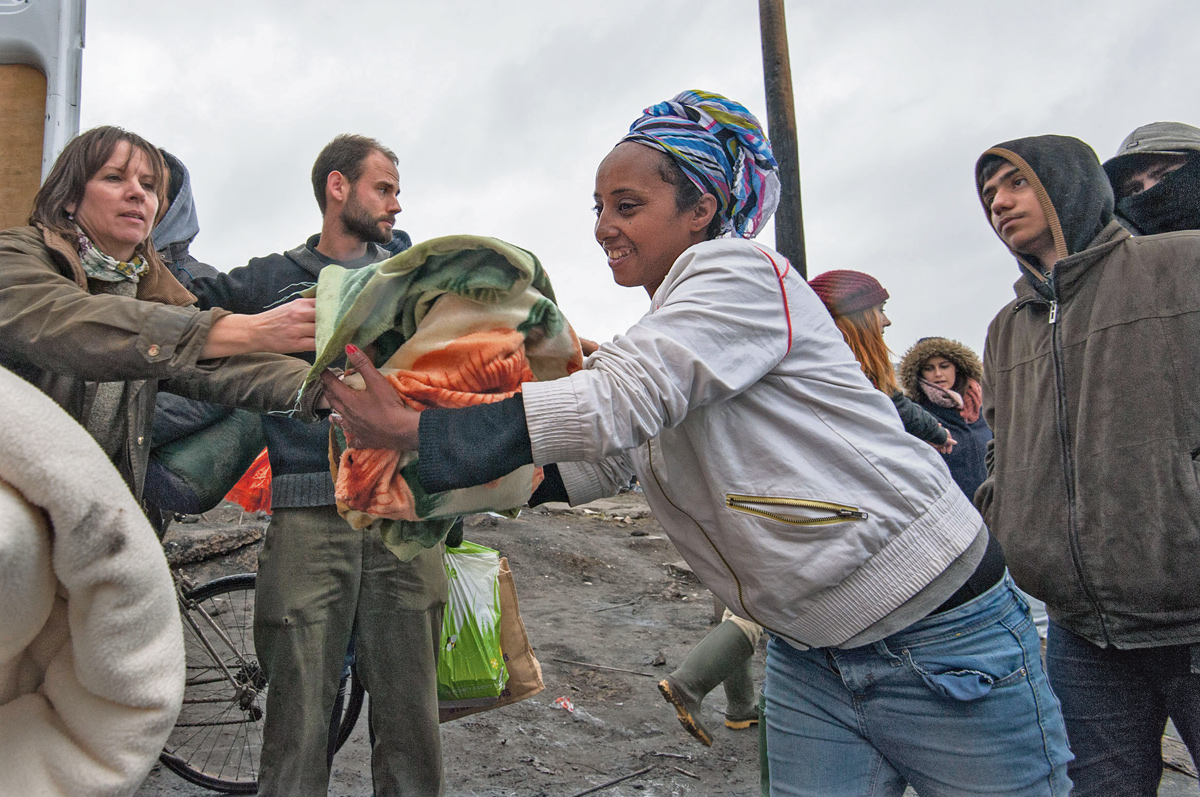 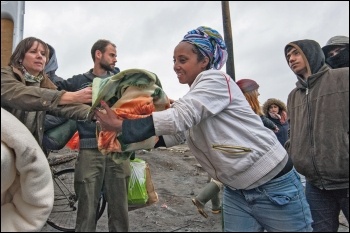 What is going on in Calais right now should be regarded as one of the darkest moments in the European Union’s history.

Hundreds of refugees have left the makeshift ‘Jungle’ refugee camp on buses for accommodations centres elsewhere in France. 10,000 people, including at least 1,000 unaccompanied children, do not know what is going to happen to them.

They have been told “no way to the UK” and “you are not welcome here.” After miles and miles on the road, fleeing from wars and violence, they now see the gate of the European fortress closed.

When I was at the camp I couldn’t believe the situation. It was so terrible. I couldn’t believe that human cruelty went so far. Seeing that big wall made of barbed wire, which goes from the Jungle all the way through the port, and behind it hundreds of police in riot gear, was intense and unbelievable.

Meanwhile the refugees in the camp were getting on with their everyday life. Some of them trying to get in touch with relatives, others playing cricket, others eating together at the little “restaurant,” others just talking about what to do next. When I asked them, nobody knew. Nobody knew where the French government would bring them, and when this would happen.

“They have been telling us that the Jungle was up to be dismantled soon for months, and now they say next Monday. I believe it will really take place this time. The situation is getting worse every day; tension is now very high inside the camp.

“But people are going to fight here. We have not been walking through countries or crossing the Mediterranean Sea on a boat just to be blocked here and then deported somewhere else, or even back to our countries. We are not going to give it up.” This was a young Kurdish man.

“They say that my country is safe, that I can go back there. Because in their view, even if there is a war right now in Iraq, there are still zones untouched by violence. So I can ‘easily’ go back there.”

When I asked him about his family, he answered that they are still in their little village near Mosul. “They couldn’t leave with me. Today they told me that there’s going to be a fight tomorrow, right in Mosul. I pray to Allah that they will all be safe.”

There is a little hill right in the middle of the camp, from which you can see all the Jungle. An endless stretch of tents, thrown together and connected by clothes.

When I got there, the first thing I saw was a young man who was making a little kite fly. His eyes were the eyes of freedom: looking into those eyes would make anyone understand that he, as many others, was not afraid. His desire for life and freedom was stronger than the EU’s fear and racism.

And here we have the Conservative MP who called for dental age tests on children in the camp. David Davies, MP for Monmouth, said: “These don’t look like ‘children’ to me. I hope British hospitality is not being abused.” ‘British hospitality’ is an oxymoron under the heartless capitalists.

There were a lot of people on that hill, staring at the police forces at the entrance of the Jungle, or making some tea with little fires. A 16-year-old Afghan boy offered me a cup, speaking about his journey with very good English. He walked all the way through the Middle East and then Europe, but his dream was getting to the UK.

“I tried to go to London, but they saw me. I think I will never try to do it again; I will stay here in France. The police are getting worse. If they catch you they beat you, they put their fingers into your eyes.

“And even if they don’t see you, during the night it’s hard to get to the port. A boy who I used to know died on the highway some time ago, knocked down by a car. He was just 14.”

I wanted to tell that little boy that everything will be fine, that he will have a future in the UK, in London, just miles away from where we were. But I could not.

I could not bring myself to tell him that I’m studying in London right now, that I have the option to stay, trying to build my future there. Why me, and not him? Is it because I’m white? Or because I’m European?

We are not all equal, we do not all have “human rights” – it depends on where we are born. If you are born in a country where there is a war, and you are forced to leave, then you became stateless.

During the days that I spent in Calais, I went to volunteer at “the warehouse”, which is in the southeast of Calais, well-hidden from prying eyes.

Some in Calais don’t want the camp near the city, and don’t want anyone there volunteering for the refugees. However, when I arrived there and I started working, seeing all those people, their solidarity and their will to be there and help, it made me feel some kind of hope.

I could see another Europe over there. A Europe made of solidarity among peoples, of helping each other, of fighting together from the ground up for a better future, free from poverty and war. Not just for us, but for every human being.