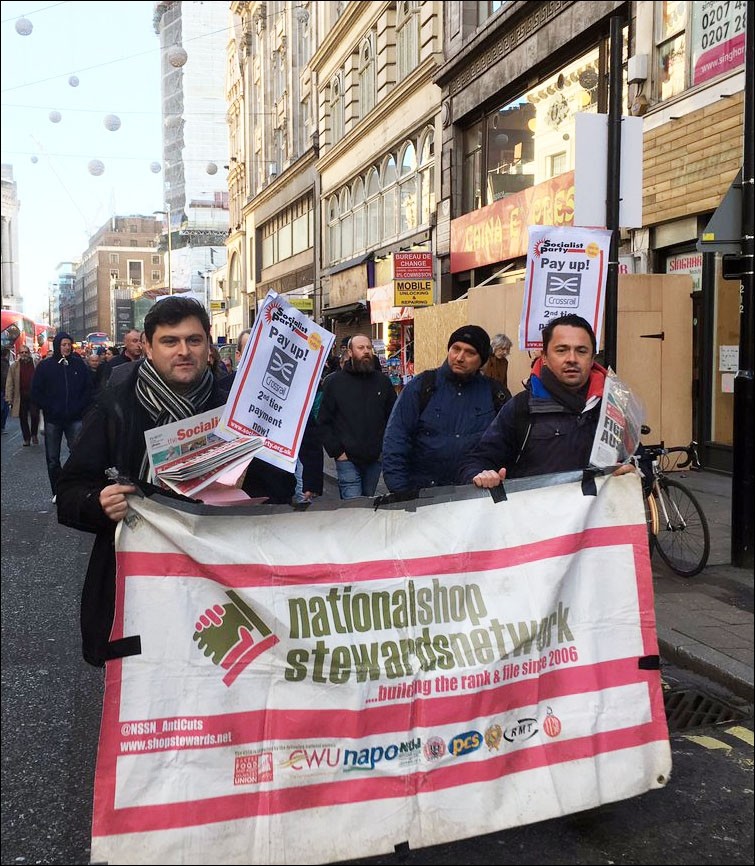 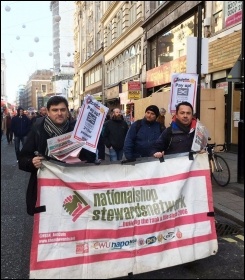 They protested outside Crossrail’s head office, in the belly of the beast of capitalism itself, Canary Wharf. They then went en masse to the Oxford Street office of one of the major contractors – Laing O’Rourke/Crown House – near the Tottenham Court site.

Members of the Socialist Party and the National Shop Stewards Network (NSSN) supported the workers and suggested taking the demonstration inside the office, which saw the reception crammed with protesting electricians chanting “Crossrail pay up!” Workers found out afterwards that the Farringdon had been locked down by management because they thought they were next for a visit!

I spoke at the Oxford Street protest, reminding workers about the 2012 victory over the Besna contract that would have seen wages cut by 35% and this year’s £75 million compensation won from bosses by blacklisted workers. I also called for the immediate reinstatement of the suspended Unite shop steward at the Bow site.