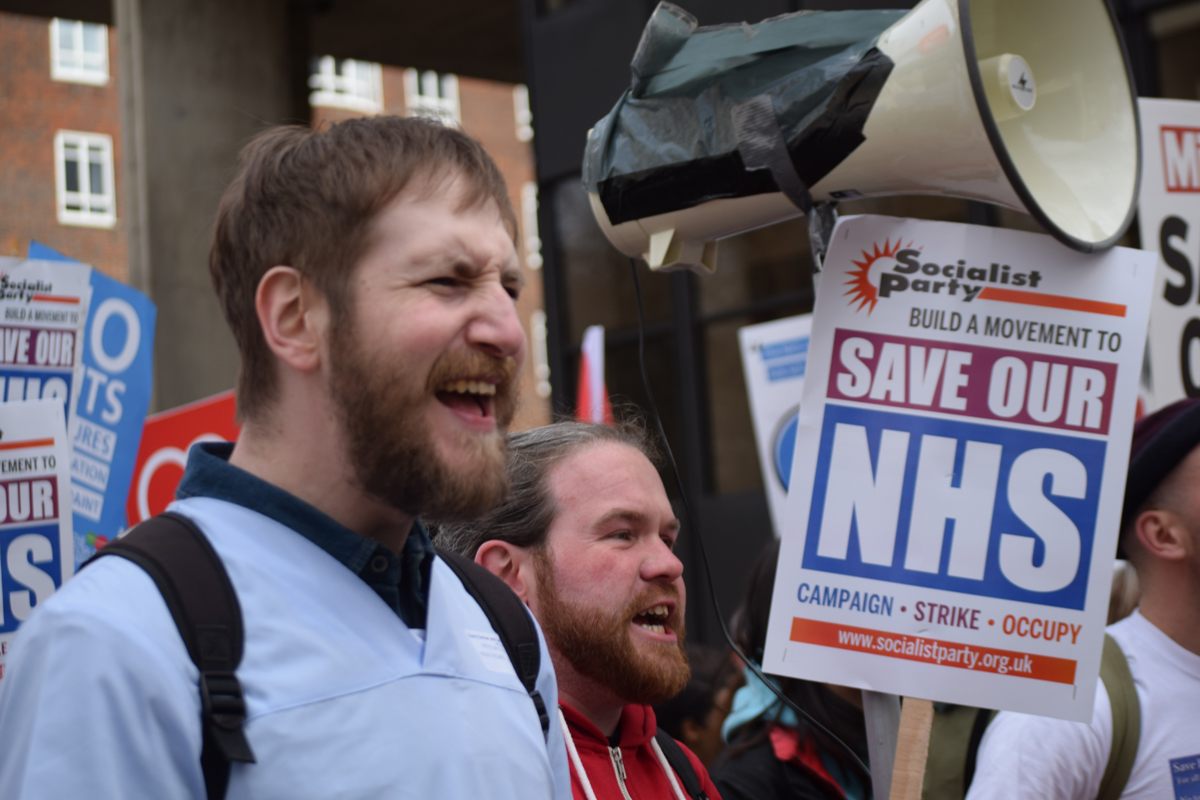 Health workers marching on the demo for the NHS, 4.3.17, photo by Mary Finch   (Click to enlarge: opens in new window)

These cuts are despite regular reports of critically ill patients dying because ambulances are having to go longer distances due to A&E closures.

And even when such patients are admitted to hospitals they can often spend hours waiting on a trolley in a corridor because of bed shortages and a lack of staff.

Thousands of hospital beds have been axed over recent years to save costs. Added to this shortage is the lack of social care places in the community, preventing many elderly patients being discharged – again, because of billions of pounds cut by successive governments.

Yet multi-millionaire health secretary Jeremy Hunt continues to push for cuts and to sign off privatisation schemes that fill the cash tills of private corporations at the expense of draining the NHS budget.

Moreover, Chancellor Philip Hammond’s single-minded pursuit of austerity cuts will worsen the social care crisis in local authorities – unless it’s Tory-run Surrey council, where Hammond’s constituency is located, which got a sweetheart deal.

But health workers and communities have had enough and are fighting back. Proof of this was shown on 4 March in London when at least 100,000 NHS workers, trade unionists, health campaigners and ordinary members of the public demonstrated against cuts and privatisation.

This groundswell of opposition must be built on. The trade union tops must be shaken out of their inaction and Jeremy Corbyn must fulfil his call to defend the NHS ‘with all our might’. Every Labour council must refuse to accept the STPs.

Every threat to close or downgrade an NHS hospital must be resisted by a community campaign linked to action by health workers. As the junior doctors’ dispute showed, the government will only sit up and listen when confronted by strikes.

And if a health trust closes a hospital it should be occupied by health workers and the public until it’s reopened.

Until the cuts are restored and privatisation scrapped, there will be no social peace for Theresa May’s government.