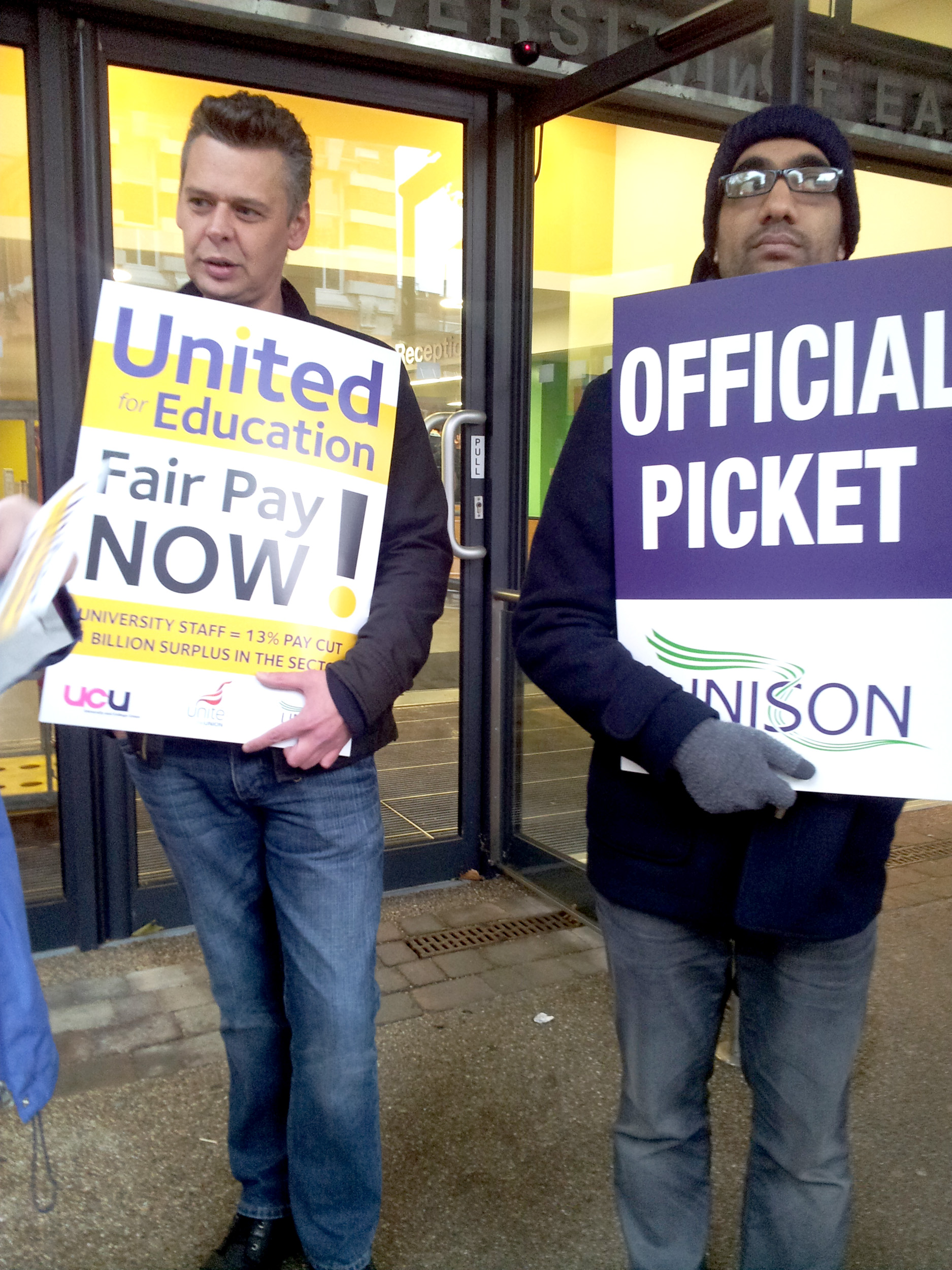 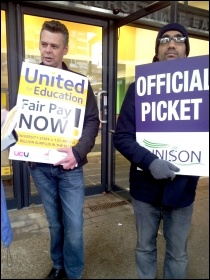 A Unison member (right) striking alongside a UCU member at the University of East London 31.10.13, photo P Mason   (Click to enlarge: opens in new window)

Unison delegates to the higher education conference on 2 March reminded the service group executive (SGE) who’s in charge by defeating them on a number of questions.

The overwhelming mood of conference was one of defiance, with many still visibly angry about the leadership overturning a 55% vote for strike action in the summer of 2016, using low turnout as an excuse to derail any chance of a fightback.

This decision not only meant that members were forced to accept a further derisory (1.1%) pay rise but demoralised activists who had confidently campaigned to win the vote for action.

One delegate explained that he was the only person from his branch at the conference as others had given up, but that he’d be back next year to continue fighting.

Delegates lined up to condemn the lack of a fighting strategy and demand more accountability, passing a motion which committed the SGE to publish voting information on all important decisions.

One motion calling for an independent inquiry into the lack of effective action over pay was opposed by the SGE, but by the time it was heard they couldn’t find anyone to speak against it! It was passed with a handful of votes against.

Socialist Party delegates argued for a strategy to win a meaningful victory on pay in 2017 and were instrumental in conference passing a motion committing the SGE to support the £10 an hour minimum wage demand.

Unison members who want a fightback against privatisation, outsourcing and casualisation of higher education services should support and campaign for Unison Action candidates Kath Owen and Sandy Nicoll.