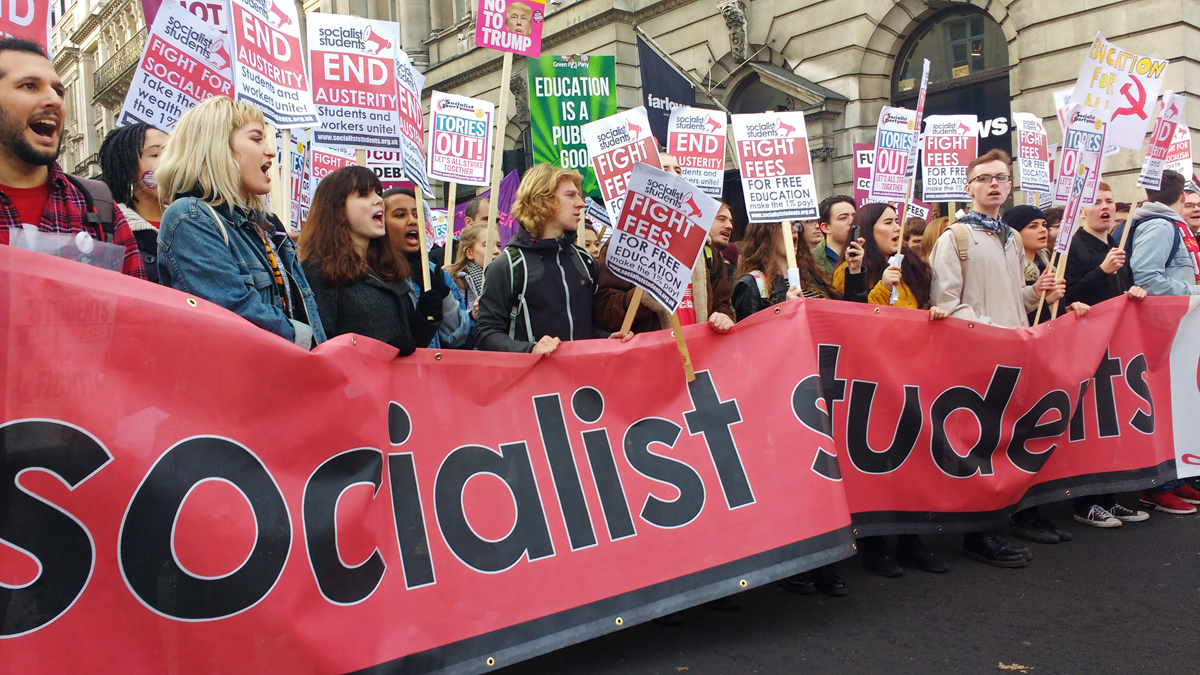 In an announcement which will galvanise the support of millions of young people, Jeremy Corbyn has pledged to immediately scrap university tuition fees for students.

Corbyn’s team said it would write off those fees, benefitting 400,000 students this autumn. It also announced a Corbyn-led government would seek a deal so EU students in Britain and UK students abroad could benefit from the same arrangement.

This is a big step forward in the battle for free education. If implemented, it will have life-changing effects for hundreds of thousands of working class young people – put off going to university to avoid a lifetime of debt, an average of £44,000 per graduate.

Corbyn should also pledge the scrapping of all existing tuition fee debt. It has risen to a staggering £86 billion in total.

Corbyn has rightly accused the Tories of having “held students back for too long” by trebling tuition fees to a maximum of more than £9,000 a year.

His pledge reverses this rip-off measure for funding higher education, introduced by Tony Blair, which the Socialist Party has long campaigned against.

Every part of the Labour Party, including Welsh Labour, should unequivocally back this manifesto pledge.

For years, education has been the victim of capitalism, treated not as a fundamental right but as a commodity to be exploited. This announcement is a milestone in our fight to change that.

Labour should follow this by pledging free education for all: scrapping former students’ debts, and tuition fees for non-EU international students as well.

Students from outside the EU pay double in fees and struggle to study and live in the UK, especially with the racist, bureaucratic requirements of the Conservative government.

All students should be treated equally, regardless of which part of the globe they were born in.

This announcement could well be a turning point in the election. It would really improve the lives of working class people. And it shows that socialist policies are not just popular, but essential.