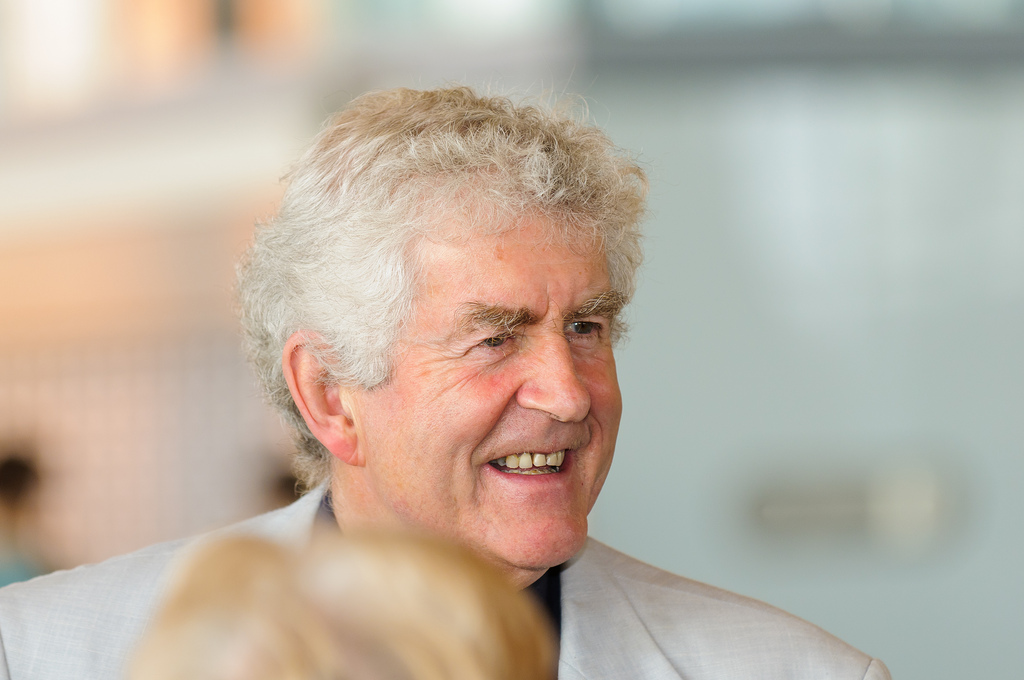 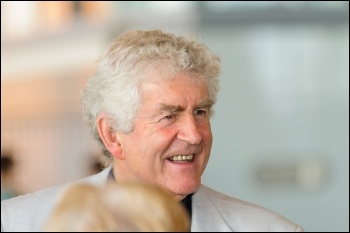 The death at 77 of Rhodri Morgan, the ex-first minister of Wales, has been met with shock and not a little sadness amongst working people in Wales. ‘Rhodri’ was affectionately known, simply by his first name, as the affable and eccentric first minister who led the development of the Welsh Assembly, and effectively the first Welsh government.

More significantly he was the pioneer of the ‘Welsh Labour’ project, creating the brand that claimed to put “clear red water” between the Labour Party in Wales and ‘New Labour’ led by Tony Blair and Gordon Brown at Westminster.

Welsh Labour is now busily distancing itself from Corbyn’s Labour in London, even in the middle of a UK general election. But Welsh Labour is Rhodri’s most enduring legacy, and reflects his political ideas. The affection with which Rhodri Morgan is regarded is as much about the political conjuncture he governed in as his somewhat eccentric public persona.

He was famous for his witty and left-field wisecracks. He replied to BBC interviewer Jeremy Paxman – when asked if he was standing for first minister of Wales – “Do one-legged ducks swim in a circle?” A saying he claimed to have picked up from a miner in Merthyr.

But much more significant were the conditions in which he led the Welsh government. Rhodri operated in a period before austerity, when public services were relatively well-funded and some small reforms could be delivered by a social-democratic government without a major battle.

However, he had also begun to deliver cuts to public services.

Rhodri was the Labour MP for Cardiff West when Welsh devolution was narrowly agreed in a referendum in 1997. Following the resignation of Ron Davies, then-prime minister Blair passed over Rhodri for the roles of secretary of state for Wales and leader of the Welsh Labour Party – in favour of the out-and-out Blairite Alun Michael.

Blair’s antipathy to Rhodri has led some commentators to regard Rhodri as a ‘left’. But really he was not, except by the standards of Blairite New Labour – the evangels of market competition and privatisation of public services.

Rhodri, along with the bulk of Labour MPs, had happily gone along with Blair’s ‘modernisation’ of the Labour Party, which had transformed it into a pliant tool of capitalism. He was never a member of Labour’s ‘Socialist Campaign Group’, led by Tony Benn, with its diminishing band of socialist MPs including Jeremy Corbyn and John McDonnell.

But he still retained some social-democratic ideas, and an acute understanding of the unpopularity of Blairite ideas in the rock-solid working class areas of South Wales. So Blair and Brown regarded Rhodri as an unreliable agent of New Labour, and preferred to parachute in a reluctant Alun Michael as the first Welsh Labour leader and likely inaugural first minister of Wales.

Resistance was growing to Blairism. In the 1999 elections to the first Welsh Assembly, a huge swathe of Labour voters stayed at home or looked for an alternative. Plaid Cymru was the main beneficiary, portraying itself in South Wales as a left alternative to New Labour.

The Rhondda constituency, which had boasted the biggest Labour majority in the UK, fell to Plaid – along with Llanelli, Islwyn, and even Rhondda Cynon Taff council. The personification of New Labour’s unpopularity in Wales, Alun Michael could only form a coalition government with the Liberal Democrats.

Feeling the ground shifting under their feet, a majority of Labour assembly members moved against Michael, and he was forced to resign in favour of Rhodri Morgan in early 2000.

Having been installed as first minister, Morgan steered the government away from the pro-privatisation model being implemented by New Labour in Westminster.

The hugely wasteful ‘private finance initiative’ for funding public service building construction and maintenance was eventually put on the back burner. Sats and school league tables were abolished. ‘Academy’ schools and ‘foundation’ hospitals were never adopted in Wales.

Rhodri boasted of the “clear red water” between Welsh Labour and New Labour.

But this was no socialist model being implemented in Wales. Blair, having been forced to accept Morgan as first minister, was quite prepared to allow him a free hand in Wales – so long as he did not attack the New Labour project in England, or implement nationalisation or clear socialist policies.

Some NHS services were put out to tender. The fire service was cut. And Morgan was silent on the Iraq War that Blair was preparing, with US president George W Bush, to unleash on the Middle East.

Welsh Labour MPs trooped loyally through the Westminster divisions to vote for war, privatisation and tuition fees on behalf of Blair and Brown.

Nevertheless, it was possible to devote some resources to public services because the capitalist economy was still booming. As the Socialist Party explained at the time, it was a boom fuelled by expanding credit and could not last – but almost universally, the capitalist class and its politicians believed it was everlasting.

In this seemingly endless boom, public spending was increasing and there was scope for some progressive reforms.

In education, the Welsh Assembly paid Welsh students’ tuition fees – the same fees that Welsh Labour MPs had helped the Blair government to impose. The assembly also brought in ‘Foundation Phase’ education for three to seven-year-olds, a progressive system based on learning how to learn through play, rather than formal learning of facts by rote. This was Morgan’s proudest achievement.

It was in this period under his leadership that the concept of Welsh Labour as distinct from New Labour developed. Welsh Labour was based on more of a social-democratic model than privatisation-mad New Labour. But like other social-democratic parties around the world, it has succumbed to pro-business policies and accepts the bosses’ limits on the scope of public services.

Welsh Labour reflected the pressure of working class people in Wales to oppose privatisation. But Welsh Government services were still being outsourced and local council services privatised. The ‘Designed for Life’ hospital closure programme provoked widespread opposition, with Socialist Party members to the fore. As Socialist Party Wales explained in 2010, the “clear red water” was getting very murky.

Prior to the 2007 elections, Morgan claimed to be promoting “21st century socialism – a Welsh recipe,” but the voters were not fooled. Labour lost seats, and Morgan was forced to form the ‘One Wales’ coalition government with Plaid Cymru. This actually moved some policies to the left, including committing not to privatise NHS services, and killing off Designed for Life.

Rhodri announced his retirement as First Minister in 2007 on his 70th birthday. It was to prove a fortuitous time for him to retire. Just beginning was a world financial crisis that ushered in the new period of austerity and enormous cuts to public services in Wales.

His successor, Carwyn Jones, has continued the Welsh Labour model and dutifully carried out the cuts demanded by the Tories in Westminster. The NHS is struggling to cope, and many council services have closed or privatised.

Many of the progressive educational reforms have been undermined by subsequent Welsh Labour ministers, through devolving resources to individual schools, combined with new school league tables, new tests – and above all, cuts.

Welsh Labour has proved a willing accomplice to New Labour, not a reluctant hostage. The Welsh Labour leadership has conspired with the right wing in the Parliamentary Labour Party and the party bureaucracy to undermine Jeremy Corbyn’s leadership. Morgan even opposed Corbyn’s election as leader.

In the 2017 general election campaign, the Welsh Labour leadership has been promoting its own agenda as opposed to Corbyn’s. This includes, in one of the five Welsh Labour pledges, the promise – or threat – to “continue to give the NHS and social care services the money they need.” Continue? Welsh Labour has cut millions from the NHS budget in Wales! Unfortunately, it has been given cover in doing this by Corbyn’s praise for the Welsh Labour government.

So Rhodri Morgan will be missed by many in Wales – an affable symbol of a bygone age, when Welsh Labour appeared to many to offer something different to Blairism.

This version of this article was first posted on the Socialist Party website on 24 May 2017 and may vary slightly from the version subsequently printed in The Socialist.