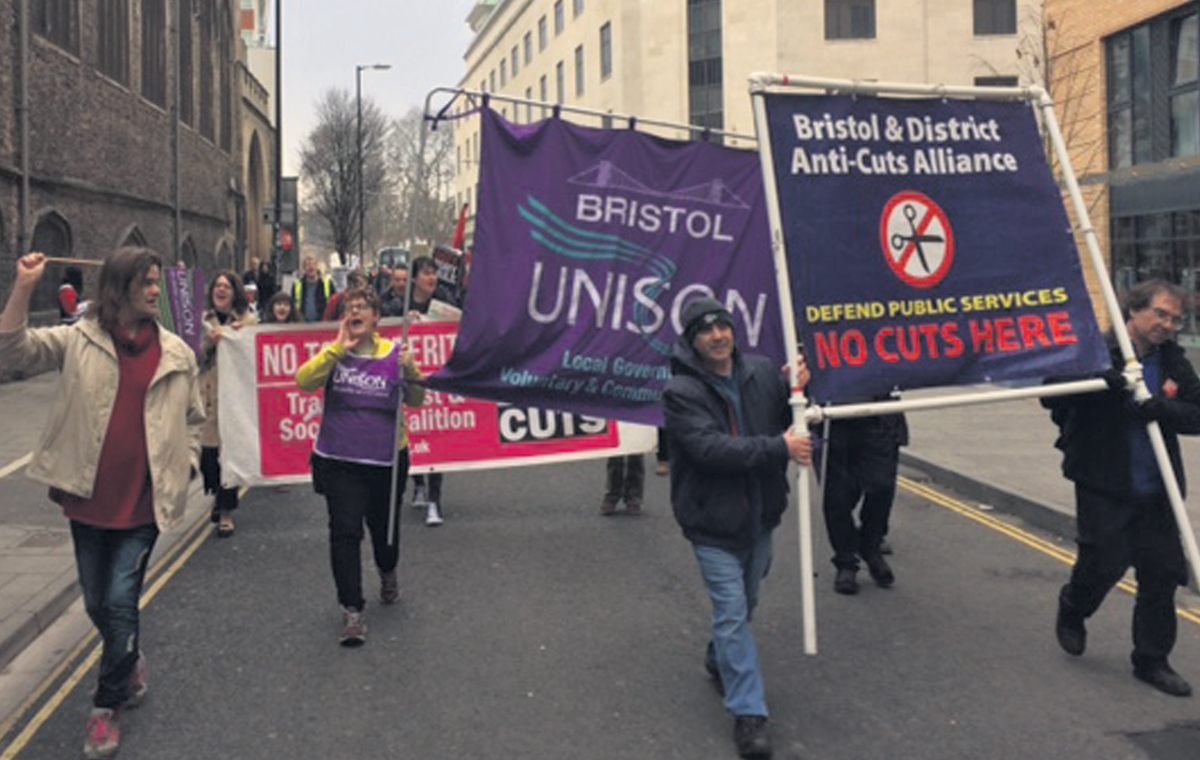 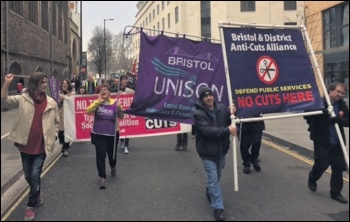 Marching against the cuts in Bristol, 18.2.17, photo Roger Thomas   (Click to enlarge: opens in new window)

The Labour mayor of Bristol, Marvin Rees, has called an ‘anti-austerity march & rally’ in conjunction with Bristol People’s Assembly and Bristol Labour Party on Saturday 9 September. Mayor Rees and the other ‘Core City’ leaders (from the 10 biggest British cities outside of London) have produced a Green Paper which will be presented to the government in Westminster on Tuesday 12 September.

We are pleased to see that Marvin Rees has recognised the need for Bristol to engage in struggle against the Tories and their scandalous austerity policies and we are supporting and building for the march. However, our contingent will be demanding that the mayor commits to the following:

We believe that only this kind of bold fighting strategy can force the Tories back and save the public services that we all rely on.

We encourage the mayor to continue to harness this energy and to keep the pressure up on the government, whatever its response. Leading the people of Bristol up to the top of the hill only to lead them back down again and cut their services anyway is no solution. If the mayor isn’t prepared to adopt a fighting strategy and fight to win, then BADACA and others will continue the campaign against Tory austerity and to fight for local politicians who will lead us to victory over the Tories.