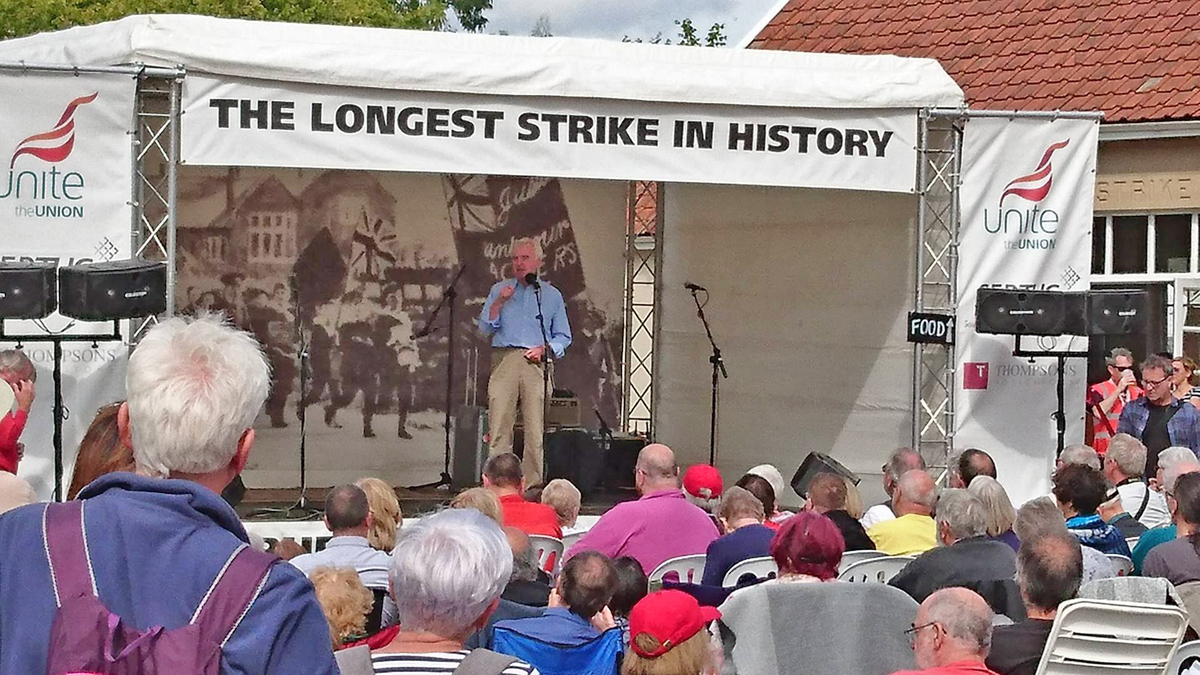 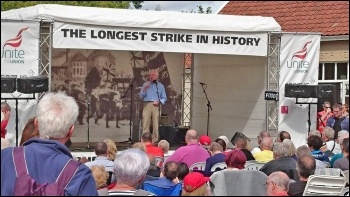 The annual Burston School strike rally on 3 September drew well over three thousand trade unionists and their supporters. It commemorates the strike by pupils in support of their loved and respected teachers Annie and Tom Higdon who were sacked for their socialist and trade union views in 1914.

The pupils walked out in support, and from 1914 until 1939 the Higdons ran the ‘strike school’ providing an education for the local children in this Norfolk village, against the village authorities who had wanted to limit the curriculum. Trade unionists from all over the country donated funds for the new school.

Peterborough Socialist Party member John McGarry was attending his first Burston rally said the most memorable speech was by a McDonald’s worker who described how the multinational corporation paid wages of less than £5 an hour and how workers had suffered harassment and racism from local managers.

He mentioned that as he didn’t have a fixed address, on certain shifts he often had nowhere but the street to eat his meals. He and other workers at McDonald’s in Cambridge took strike action on 4 September.

Other speakers were John McDonnell, shadow chancellor, who appealed to all Labour MPs not to be afraid to use the term socialism, and Len McCluskey, Unite the Union general secretary, who railed against social conditions in the east of England.

Socialist Party members had a successful campaign stall at the event and over sixty copies of the Socialist were sold. Every sale from the stall was also given a card about Socialism 2017.