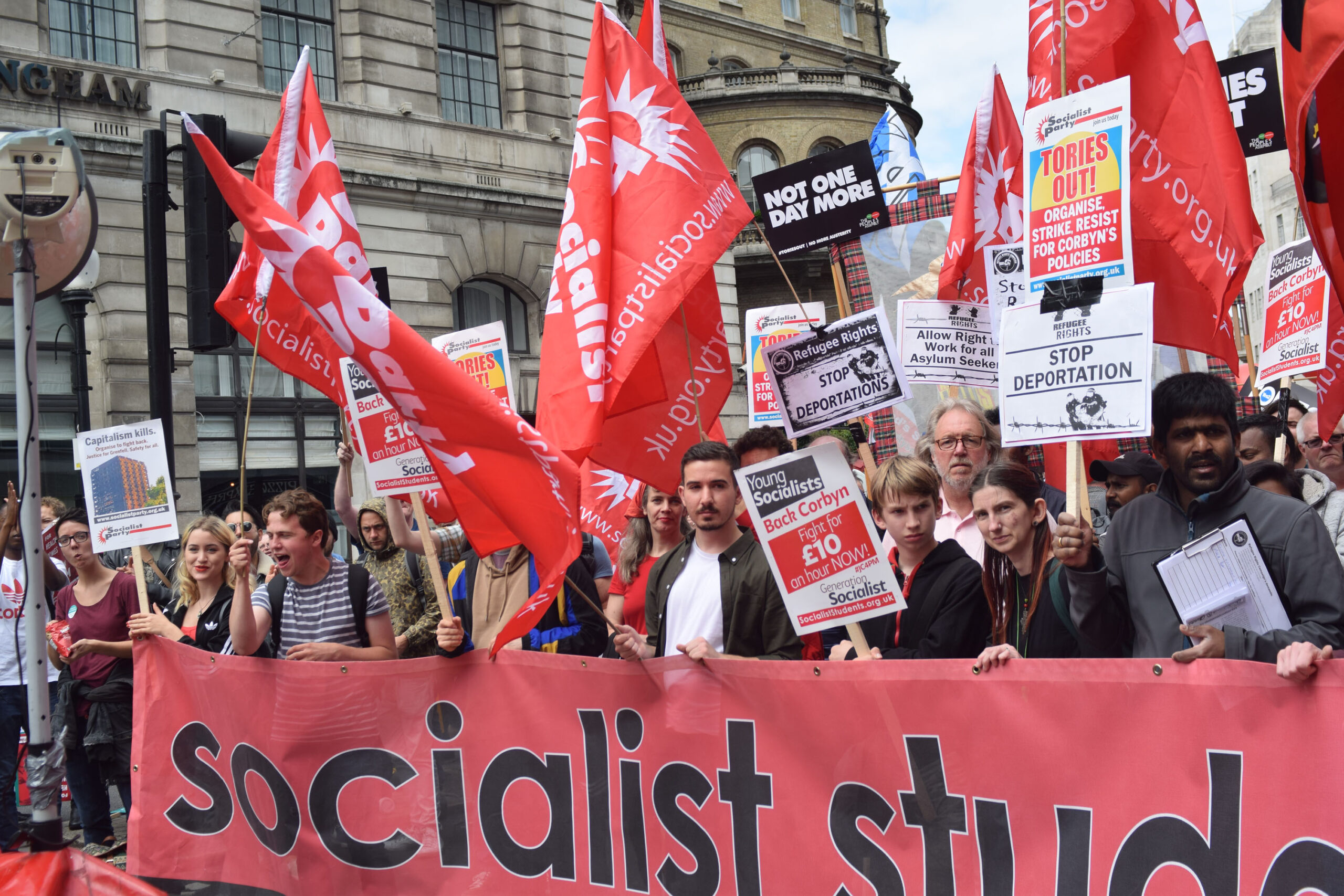 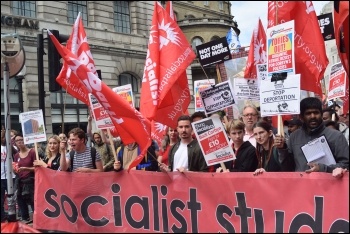 The future for young people in Britain today looks very bleak. The Centre for Economic Performance reports that within Britain – which is surpassed only by Greece for worst wage growth of the OECD countries – it is 18 to 21-year-olds who have been hit the hardest. Their wages have been cut by 16% in real terms between 2008 and 2016.

In an attempt to escape the trap of wage stagnation by getting a ‘good job’, many students attend university. But they often not only finish with well over £50,000 of debt, but discover that no such high-paying jobs exist. We study to get jobs which then aren’t offered to us, and all we find in their place is precarious work for low pay.

With our working lives currently set to be more fruitless than our parent’s generation, they’re also set to drag on for even longer. A recent report drawn up by the Government Actuary’s Department projected that workers today aged under 30 may have to wait until they are 70 before being allowed to draw their state pension.

With all these attacks on our living standards, you’d be forgiven for assuming that we’ve become poorer as a country in recent years. Yet the 29th annual Sunday Times Rich List published this year revealed that within Britain (the fifth richest country in the world) the richest 1,000 individuals and families increased their wealth by 14% over 12 months to £658 billion.

Attacks on young people’s living standards are nothing to do with there not being enough money. Capitalist establishment politicians often collude with the media in an attempt to soften the blow of attacks young people face by explaining them away as temporary measures preparing for a more economically secure future.

The problems young people face are instead rooted deeply in the inability of capitalism – an economic system which takes the creation of profit as its first and only priority – to socially and economically develop society in a way which delivers for the majority.

The super-rich hoard their vast accumulated wealth instead of investing that money in a way which would be socially useful for Britain’s young workers and students; in education, job creation, housing, apprenticeship schemes, as well as culture and the arts.

Corbyn’s manifesto – which promised to increase the minimum wage to £10 an hour, abolish tuition fees and grant councils new powers to enable mass council house building programmes – won him 67% of the votes from 18 to 24-year-olds and 58% of votes from 25 to 34-year-olds.

For many of us, June’s general election was the first time in our lives that we were offered some sort of alternative to the chaos wreaked upon our lives by the capitalist system. Corbyn’s proposals gave a small glimpse of what would be possible under a socialist society.

It’s clear that the capitalist establishment would not passively accept Corbyn’s policies if he were to enter parliament, and would do all in their power to sabotage his programme.

We have to be prepared to fight not only to collapse a government which represents the ruling class, but in the case of his election victory, to fight in support of Corbyn’s programme which goes against the interests of the capitalist establishment.

Young people needn’t settle for fighting to win victories only to watch them be chipped away at by the ruling class later. We can fight for a socialist system – a society under which the vast wealth that exists would be owned and democratically controlled by the people who create that wealth, the working class.

The Panama Papers scandal last year proved that we cannot control the money we don’t own, as the capitalist system will always be prepared to help the rich protect the obscene amounts of wealth they keep hidden from the rest of us.

A key step to permanently breaking the financial tricks of the capitalist class would be the immediate nationalisation of Britain’s top 150 monopolies and banks under the democratic, bottom-up control of working class people, with compensation for the current owners given only on the basis of proven need.

We fully support Jeremy Corbyn’s programme within the Labour Party. Yet we also say that the Labour Party is not yet a homogenous and consistent whole, but rather it is still two parties within one.

On the one hand is the party of the Blairites, who introduced tuition fees and are currently using strike-breaking tactics to force through a mass redundancy of 113 bin workers in Birmingham City Council; on the other hand is the party which belongs to Corbyn’s anti-austerity programme.

Corbyn’s embryonic party represents a step towards the new mass party mentioned above. But within this needs to be the structures for the rank and file to democratically discuss and debate what are the best methods and tactics for taking the anti-austerity movement forward. All socialists, from various traditions, should be free to affiliate, and raise their programme and ideas within such a party.