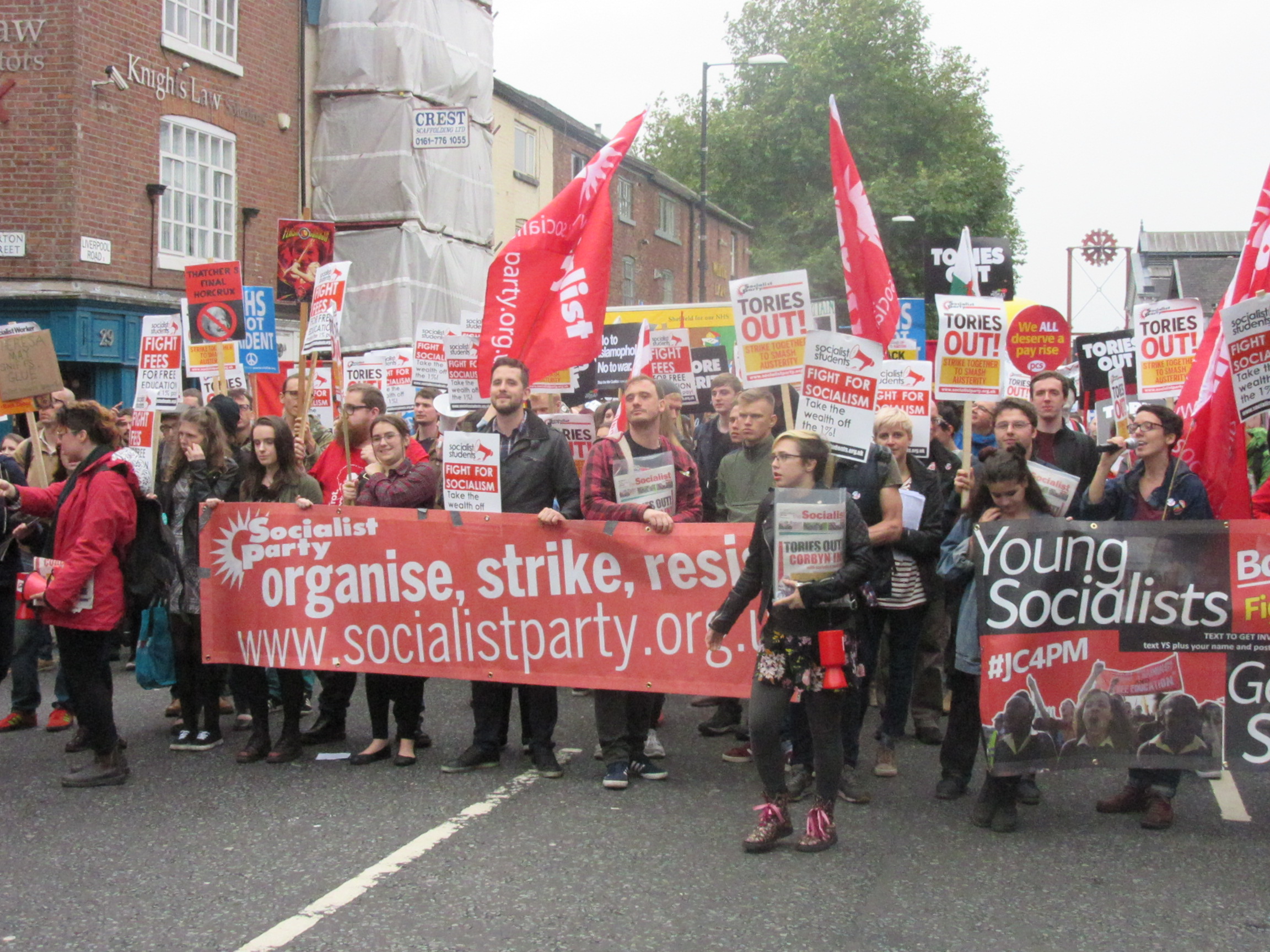 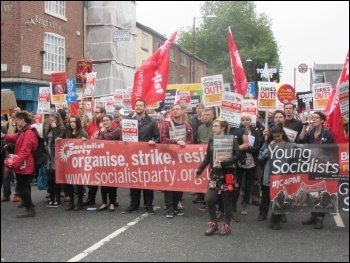 Socialist Party members made a herculean effort to reach the target for the summer July to September quarter, raising over £11,000 in the final three weeks of the campaign.

The fighting fund underpins the campaigning work of our party – we have no rich backers, all our funds are raised through the hard work and sacrifice of our members and supporters.

Through this we were able to bring the gazebos and produce the placards, leaflets and posters that made us the most visible presence on the demo at the Tory conference in Manchester on 1 October and enabled us to get our ideas across to as wide an audience as possible.

As well as selling the Socialist and forming the liveliest contingent on the demo, branches put in a lot of effort to raise funds. For example, Leeds branch raised £130 selling ‘Tories out/Corbyn in’ badges and Coventry East raised £103 selling a combination of badges and cakes.

Members in the North West ran a ‘collectathon’ fortnight (see below) leading up to the event, with extra campaigning stalls throughout the region.

Cardiff West branch held a successful gig protesting against the visit of Tory throwback Jacob Rees-Mogg to the city, raising £70 with a collection. In London, Hackney branch raised £113 from a clothes party and Waltham Forest raised £68 selling soup!

So now we go into the final quarter, we need to match the record amounts raised over the last two years to ensure that we maintain our finances. We can guarantee that by building for a bumper finance appeal at Socialism 2017.

Socialism is back on the agenda, with Theresa May forced to engage in the hopeless task of defending capitalism.

We will do our usual fortnight of fighting fund action in December. In past years we have led our campaigns for this on issues like renationalisation of the gas and electricity companies.

This could be a busy autumn, so we will start planning ahead soon to ensure we have a well-prepared fundraising drive.