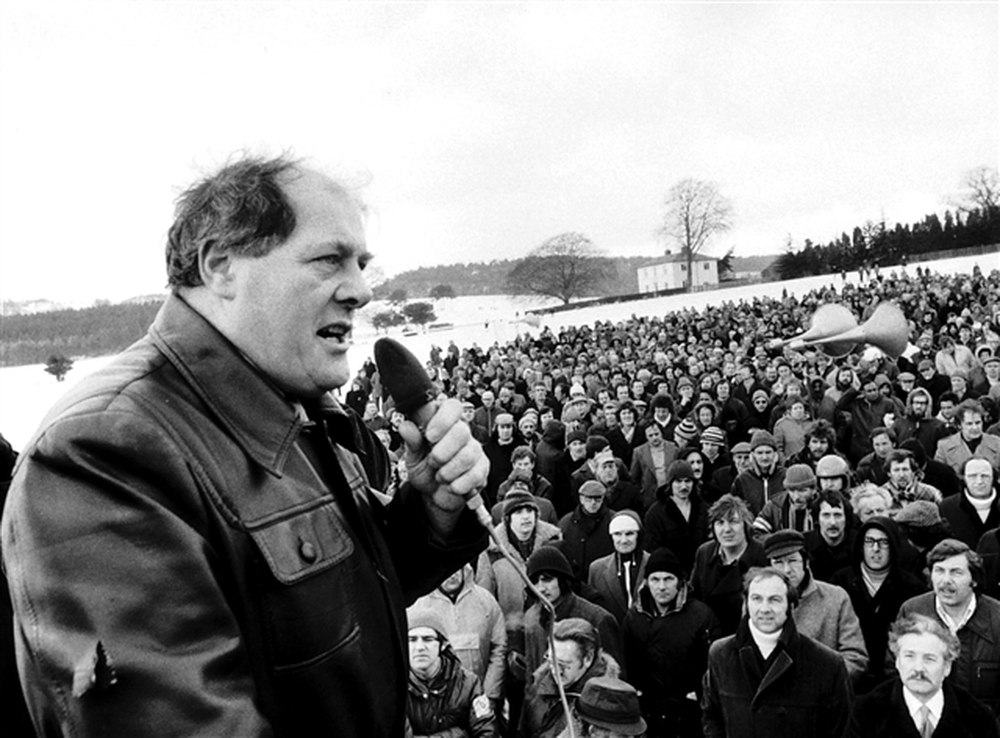 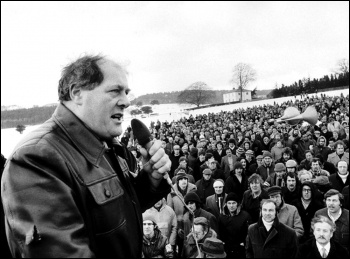 He was the convenor of the Longbridge car plant in Birmingham and chairman of the British Leyland shop stewards’ combine committee at the same time.

He was seen by the capitalist press as the most influential shopfloor leader in British industry. They dubbed him “Red Robbo” – though he was never known as that by his members.

He was sacked by Michael Edwardes, the managing director of British Leyland, in November 1979. This was after he opposed Edwardes’ plant closure plans in a pamphlet published on the authority of the combine committee.

My own plant in Solihull, where I was the senior steward on the Rover SD1 line, also came out on strike. ‘On the Track’, the Socialist Party publication about workers’ struggle at British Leyland in that period, gives more details.

Edwardes, in his book ‘Back from the Brink’, spends many pages describing how he and other bosses planned Derek’s sacking for a long time.

He writes at one point about a pay dispute that broke out across British Leyland. “After a mass meeting [at Longbridge] the entire 20,000 came out on strike… the convenor [Derek Robinson] talked the men out, my estimate is that 80% did not back the strike… but were too frightened to reject the ‘out of the gates’ call… militant hoodlums had put barbed wire across the main gates at Longbridge.”

In fact, Derek could not physically have organised 523 disputes in 30 months. These figures reveal instead that on any day, one or another of the many groups and sections in the huge Longbridge plant were in involved in action – often long before the convenor or the works committee knew anything about it.

All shop stewards, including Derek, were subject to regular election and instant recall. The strikes that took place were a result of genuine grievances on the shop floor, and in the majority not ‘planned from above’.

Michael Edwardes – appointed by the previous Labour government after part-nationalisation of British Leyland in 1975 – took that as his cue.

When it came to the actual sacking, Edwardes was far from sure that he would get away with it. But he was also lucky that around the same time, the right wing in Derek’s union, the Amalgamated Union of Engineering Workers (AUEW – now part of general union Unite), had won control.

The Transport and General Workers’ Union (now also part of Unite) was the biggest union in British Leyland. It had begun to give official backing to the spontaneous strike when it first broke out.

But Terry Duffy, the new president of the AUEW, instead announced the union would set up an inquiry into Derek’s sacking, and ordered his membership back to work! This came as a terrible shock – to Longbridge workers especially.

Les Kuriata, a supporter of Militant (now the Socialist Party) working at Longbridge, wrote in the Militant newspaper (forerunner of the Socialist) that “the shattering news created a double blow in view of the fact that in that morning’s strike committee report to the picket lines, sacked convenor Derek Robinson, after being in contact personally with Duffy, told pickets he was confident that the strike would be made official by his union.”

Five months later, after the ‘inquiry’ – during which time Derek had been kept out of the plant – the union finally said yes, he had been sacked unfairly.

But the bosses weren’t so sure what was going to happen.

The Times, in its editorial, wrote on the day of the mass meeting that “British Leyland now promises to become the most serious industrial crisis since the war.

“It will also be a test of fire for the industrial policies of the government.” Edwardes records in his book that earlier, the Sunday Times had “described the five working days from the 11th February to the 15th as follows: ‘five days that shook the world’.”

The events around Derek’s sacking were a culmination of a whole historical period – not just in British Leyland, but throughout society.

This in no way detracts, of course, from the great personal courage of Derek and other shop stewards in that period, when the whole of official society was slandering trade unionists as “militant hoodlums.”

Derek was a long-term member of the Communist Party. The Communist Party saw the developments in British Leyland following Labour’s part-nationalisation as an opportunity to prove the firm could be made to work successfully within a capitalist framework.

The Communist Party’s utopian outlook of making British Leyland successful as some kind of island of socialism within capitalism was a cul-de-sac. Unfortunately it led to major problems for the workers.

The main one was the development of what were called “participation committees.” Derek had advocated this as part of what he thought would be a kind of workers’ control at British Leyland. In fact it turned out to be the Achilles’ heel of our shop stewards organisations.

At one infamous meeting the convenors gave support to the company’s plan to cut 12,500 jobs. Derek Robinson defended it as a rear-guard action, claiming it would not have been possible to take a traditional trade union position and fight the bosses’ attacks.

But nevertheless, the death of Derek Robinson will be mourned by many of my generation who experienced a time when the mass of workers fought tooth and nail against the employers’ offensive, including the tens of thousands of workers at British Leyland.