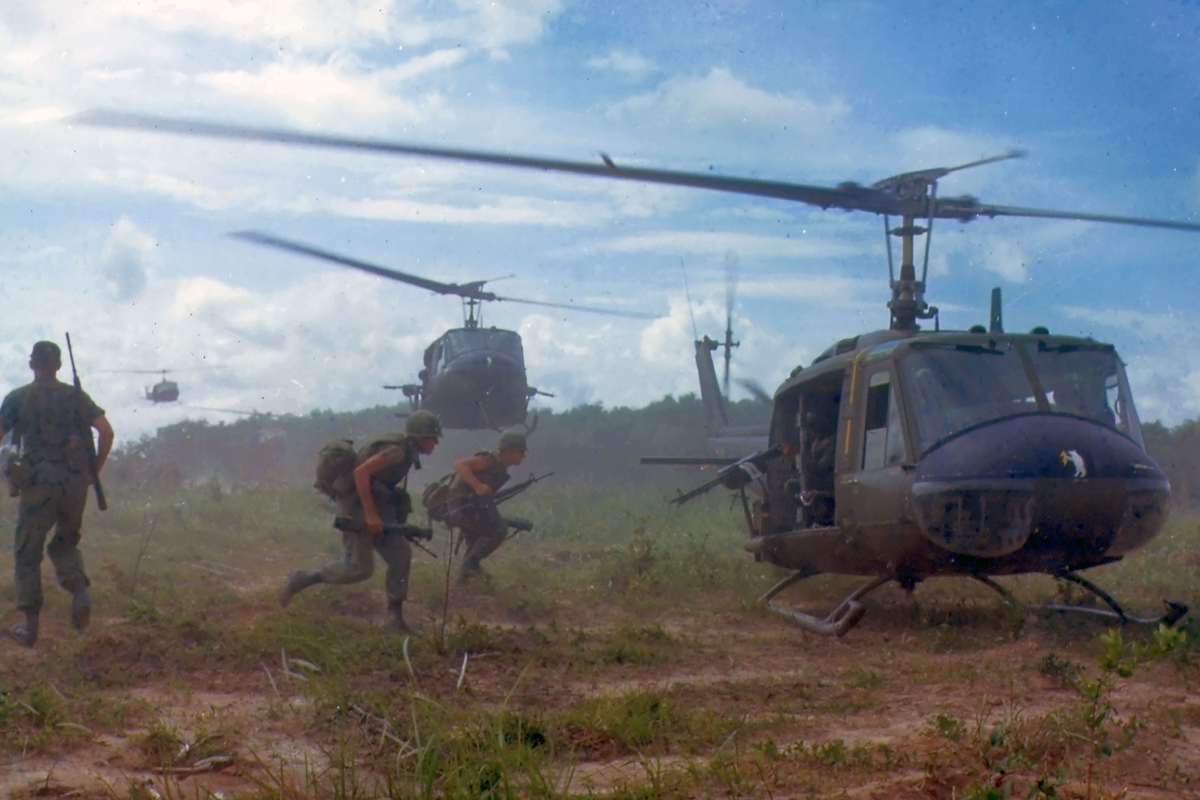 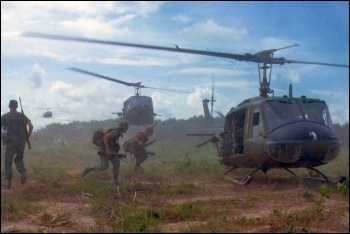 Working class conscripts made up the bast bulk of US troops   (Click to enlarge: opens in new window)

The US’s role in endless wars in Afghanistan and the Middle East. Rising tensions between the US, Russia and China. Watching Ken Burns and Lynn Novick’s monumental ten-part documentary on the Vietnam War in this context, the viewer cannot escape the idea that the lessons from that conflict have never been more relevant. But also that they’ve been completely ignored in the corridors of power of various capital cities.

This is without doubt the most comprehensive treatment of the conflict on English language television. The twin strengths of the documentary are the visceral footage of events throughout the period and the broad range of testimony from all sides of the conflict. A personal favourite was the footage of everyday life in North Vietnam and the astonishingly intense mass protests in South Vietnam against the Diem regime in the early 1960s.

However, the testimonies of those caught up in the conflict are where the production really shines. Unusually for an English language production there is a broad range of people from Vietnamese society, north and south from both sides of the conflict, who give eyewitness accounts.

Nothing sums up the cataclysm faced by Vietnam from the period better than the moving account of Nguyen Thanh Tung, a guerrilla with the National Liberation Front (NLF). All eight of her brothers died fighting the French. On 1 February 1975, with the end of the war in sight, her two sons were killed too.

On the US side the interviews and footage of the protests against the war illustrate how US society was split from top to bottom by the conflict. Brutal footage of police beating demonstrators and the Kent State massacre show the lengths the US capitalists were prepared to go to crack down on opposition to the war.

Nonetheless, the movement began to have an impact among the troops on the ground. Jon Musgrave, a marine from a working class family who later joined Vietnam Veterans Against the War, makes the telling point that once working class soldiers (who made up the vast bulk of those conscripted) turned against the war, any chance of the US continuing the conflict was doomed.

The documentary is not without weaknesses however – the biggest being its treatment of American motivation for intervening in Vietnam in the first place.

Why the need for the US to contain so-called ‘communism’ in south east Asia? It restricts its explanation to Cold War rivalry. While this was certainly a major factor, it doesn’t bring out US policy going back to the early 19th century that the US should have “open door” access to markets in the whole of Asia.

Although the NLF had a Stalinist leadership and did not base itself on a genuine Marxist policy of workers’ democracy and international socialism, they did challenge capitalism and landlords. The US feared that the victory of “communism” in Vietnam would spur socialist revolutions throughout Asia.

This ‘communism’ meant restricting the US’s market access. That was the driver for US support first for French imperialism then direct military support for a series of unpopular regimes in the south.

Nevertheless ‘The Vietnam War’ is still an excellent visual introduction to the period and the people caught up in the conflict.