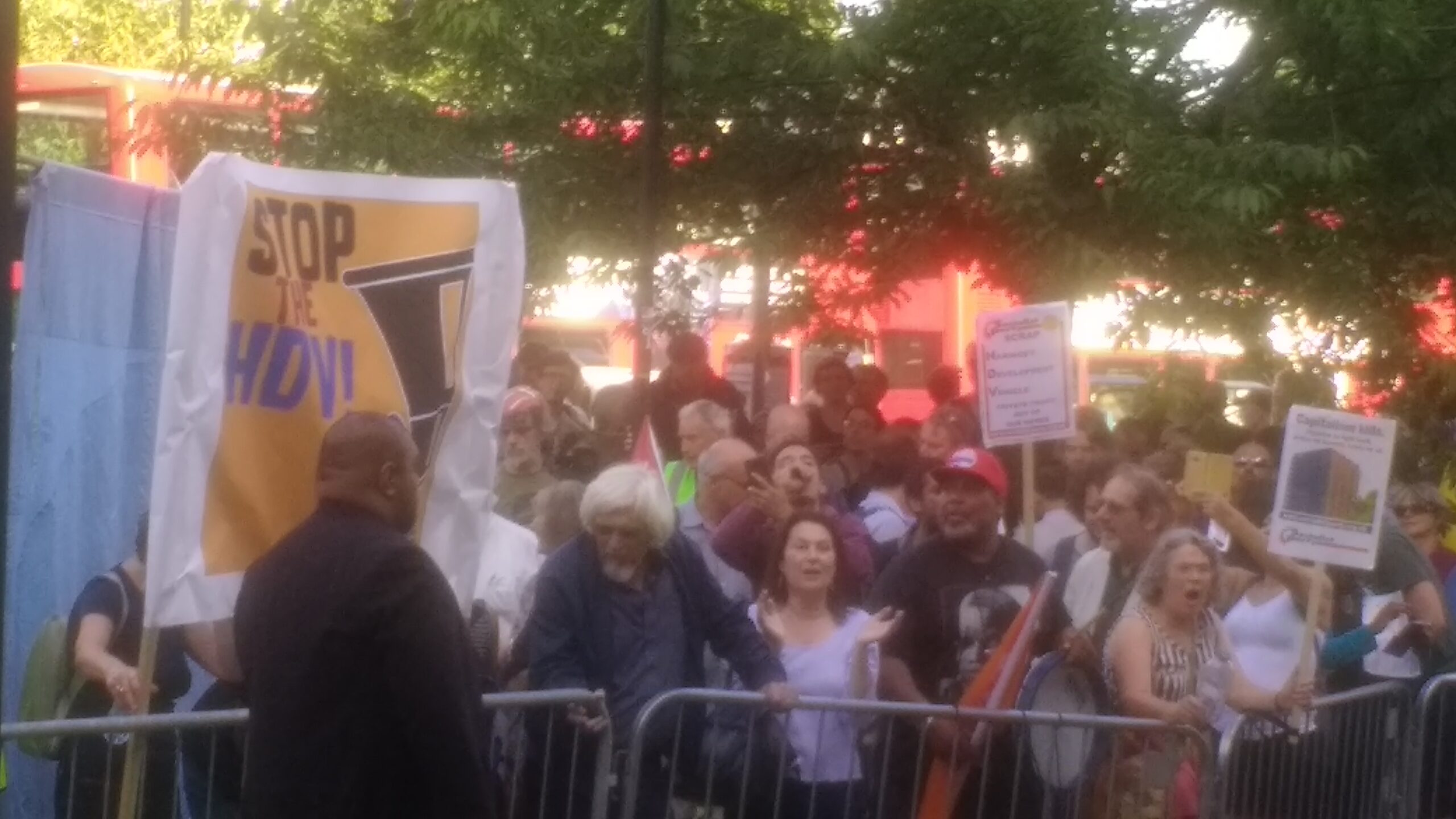 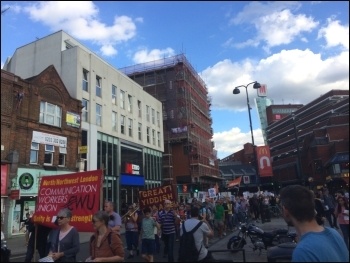 In recent days representatives of Labour’s right wing have been fulminating about developments in Haringey Labour Party.

Hattersley demanded similar action is taken against Momentum to the witch-hunt he and others conducted against Militant.

Unfortunately, the approach of the leadership of Momentum has been to declare that the right wing of the party has largely been won over to Corbyn’s policies, despite all evidence to the contrary. This alone shows the difference between Momentum and the Militant.

Roy Hattersley admits that Militant was better organised. That organisation flowed from a clear understanding of the role played by the pro-capitalist wing of the Labour Party and the need for the Labour Party membership and trade union movement to deselect them in favour of candidates who stood for the interests of the working class.

Fortunately, Labour Party members in Haringey have not followed the advice of Momentum’s leadership, as one of them reports below.

The Times and Evening Standard have carried articles covering recent developments in Haringey Labour Party, screaming about a “purge of moderate councillors” and a takeover by “the Hard Left”.

By “moderate councillors” they mean councillors who have cut services, laid off hundreds of staff, and threatened to evict thousands of council tenants from their homes.

But what these papers object to is ordinary members getting organised, holding their representatives to account and using their democratic right to replace these individuals.

The Labour council in Haringey has been implementing a programme of brutal cuts and privatisation since 2014.

But the main focus over the last year has been the Haringey Development Vehicle (HDV), a £2 billion privatisation of social housing, which would lead to the demolition and ‘regeneration’ of housing estates.

This plan has been opposed by the vast majority of Labour Party members, by the local Labour Party general committee meetings, and by a Labour Party conference resolution.

Jeremy Corbyn’s conference speech attacked this kind of regeneration as “forced gentrification and social cleansing, as private developers move in and tenants and leaseholders are moved out”.

But the right wing leadership of Haringey Labour Group said that they would press on with HDV regardless, and have threatened to discipline the minority of councillors who opposed it.

This has spurred the left in Haringey Labour Party to get organised.

Momentum’s leader John Lansman has pronounced that there is now no opposition to Corbyn from the right.

But HDV opponents decided to ignore this advice and organised to democratically deselect Blairite, pro-austerity candidates. This was the approach put forward by Socialist Party members. 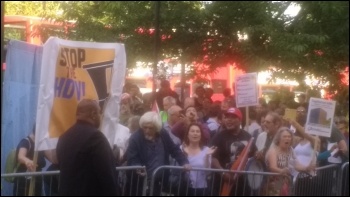 Labour Party rules require a ‘trigger ballot’ before a selection takes place. This gives the incumbent a massive advantage, as challengers do not have access to membership data until a trigger ballot occurs, and only have a few days to campaign between the trigger ballot and the selection meeting.

The right wing relies on an inactive membership. But in key wards, left activists have visited and phoned Labour Party members, convincing them to come to meetings and vote for anti-HDV candidates.

Some ward selection meetings have had more than 100 members voting. In the past many of these meetings would have had barely a dozen present.

Many right-wing councillors were not prepared to defend their record before rank-and-file Labour Party members and once ‘triggered’, withdrew from the contest, citing ‘factionalism’ and a ‘poisonous, angry and cynical atmosphere’ in Labour meetings. But selection meetings have been held in an amicable and fraternal manner.

The press describe the left slate as “hard left”. But several of them have voted for HDV in the past, and opposed Corbyn.

One was previously employed by Terrapin, a lobbyist for the HDV, while serving as the council Labour group’s chief whip!

Together with a legal challenge, these reselections put the future of HDV in jeopardy. But the old councillors remain in office for another six months until the May 2018 elections and could use this time to sign contracts, which would potentially bind future councils for decades to come.

Jeremy Corbyn should announce that the old, discredited Haringey council leadership has no mandate to sign these deals, and that a future Labour government will retroactively annul them without compensation.

In May 2018, Haringey is likely to be the first Labour council in Britain with a Momentum/Corbynite majority. This will be a chance to test out the policies of Corbyn supporters in power.

HDV is the most extreme example of the austerity programme that was embraced by the right wing council leadership.

Social services were privatised, day care centres were shut and hundreds of council workers were laid off.

Right-wing councillors claim that there is no alternative to cuts due to the depth of Tory cuts to central government funding for local government.

But they also say that there was no alternative to HDV. Yet Haringey has over £36 million in housing revenue account reserves.

The last general election produced a vastly weakened Tory government, which has already been forced to make concessions on a number of issues.

So newly elected councillors should not only stop the HDV, but also stop cutting council services in Haringey and bring privatised services back in-house.

The Evening Standard warned that what happened in Haringey will be replicated in town halls across the UK and perhaps in Westminster (ie through reselection of Labour MPs).

The hysterical reaction from the right wing of the Labour Party and its supporters in the establishment media shows their fear that the Labour Party rank and file across the country will get organised and deselect right wing Labour councillors who have been carrying out Tory policies.

Unfortunately this is not the case on a national basis. In many areas the same old cutters are being reselected.

Corbyn could greatly speed up the democratisation process if he calls on all Labour councils to stop the cuts now and pledges that an incoming Labour government would underwrite any debt.