A quote from an Australian market strategist earlier this month - I thought it was funny: "Everyone is just running for the hills because nobody actually knows what is causing this move." 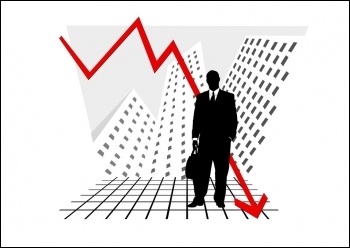 I have long been campaigning for the whip to be removed in horse racing, whereby jockeys lash the horses to make them run faster or harder.

That was partially successful where they have been limited in the number of times they can hit a horse.

Of course, that has been shown to not really work, jockeys continue to hit and are then fined or banned.

You only have to think of how sensitive a horse's skin is when they feel a fly land on them to realise how much it must hurt.

The other major issue is the number of horse deaths on the race courses. A tally has been kept since 2007 and, despite talk about increasing safety on the courses, more horses are dying every year.

No horse has the choice whether to run or not, even though every race could be their last, and I think it is safe to say that if the jockeys died in the numbers that horses do then racing would be outlawed.

Living near Cheltenham race course, which has the worst death rate of any around the country, brings it home all the more - as the posters say: "You bet, they die." Racing is not natural - these horses have been specifically bred to go faster.