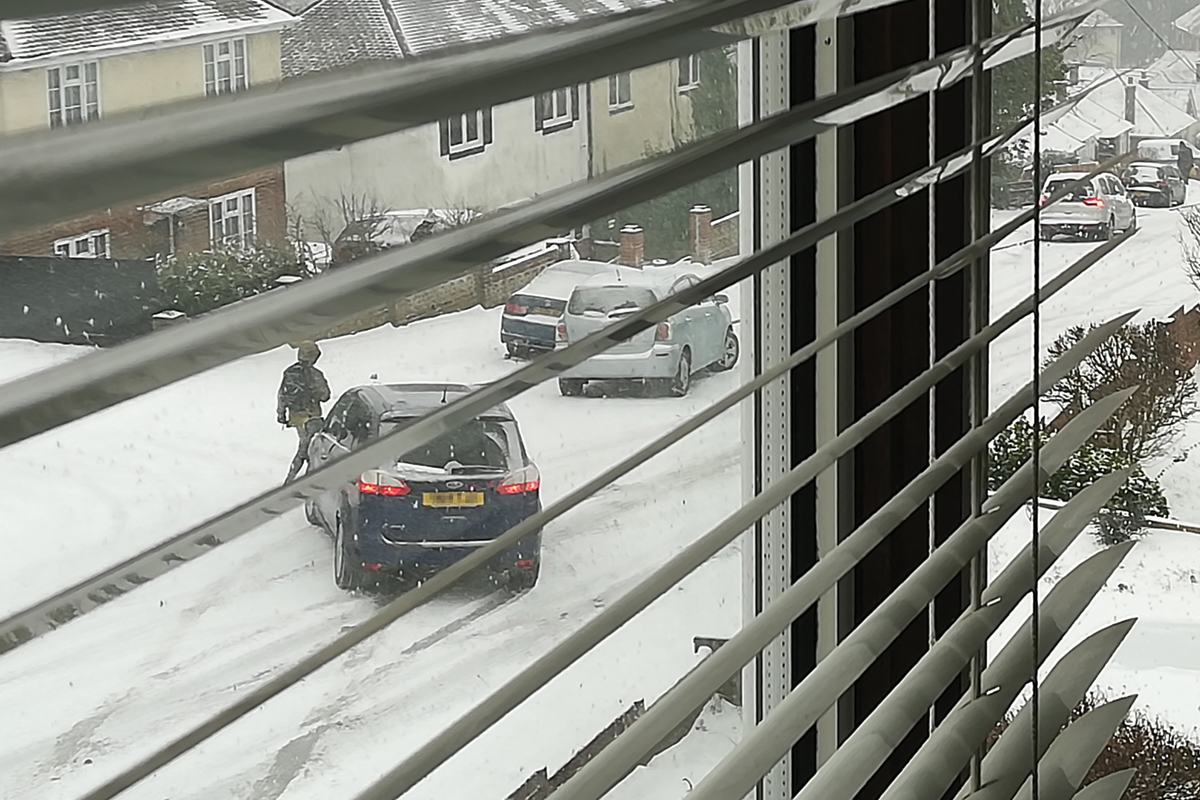 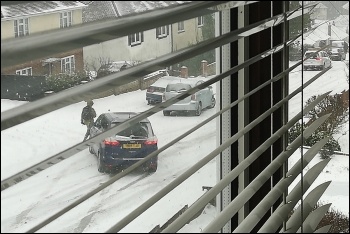 The snow has now mostly melted away. But the chaos is still fresh in our minds.

It’s true the weather was severe, particularly in Scotland. But it laid bare the bosses’ ruthless pursuit of profit and the inability of Britain’s austerity-ravaged infrastructure to cope.

However, it also showed the capacity of ordinary people to organise.

Low-paid workers across Britain were forced to risk their safety and defy the advice of police not to travel due to some bosses refusing to pay workers who couldn’t make it in.

Unionised workers at one KFC in Livingston, West Lothian reported the only reason their restaurant did eventually close was due to agitation from the staff. This included them all signing a letter threatening to withdraw their labour.

By the time some employers took on board the severity of the situation, it was already too late, meaning workers left work during the worst of the weather.

This was the case in Southampton. Despite the warning for heavy snow during the afternoon, many people did not leave work until at least 3pm when the worst of the weather had set in.

I watched from my living room window as multiple vehicles skidded out of control on the road outside, with one car hitting a lamppost.

Despite these conditions, a parcel delivery worker, who had abandoned his truck further up, was wheeling parcels down the road before returning to his van to presumably continue with his work.

But why were the roads so bad? This weather was forecast, giving local authorities and workplaces time to consider and coordinate their response.

Presumably, some councils had simply cut the resources they needed. According to the AA, 53% cut their 2016-17 spending on road maintenance compared to the previous year.

And as the snow began to fall, the Tories who ruined Northamptonshire Council passed another cuts budget. It included reducing the number of gritted roads and the budget for road maintenance

Meanwhile, on the rails, many networks ended up cancelling all services, leaving people stranded away from home, including several trains breaking down with passengers still on board.

Hundreds were trapped overnight on lines between Southampton and Bournemouth. One train broke down just outside Christchurch in Dorset, leaving people stuck for 14 hours, without heating, with just three foil blankets between them, and no working toilets.

Rail users in Britain pay extortionate fares compared to our European neighbours. Where is the money going?

Privatised rail providers seem to have concluded they lose less profit by allowing the service to fail than by putting measures in place to manage adverse weather.

The solidarity showed by people like the Greggs delivery driver handing out pastries and doughnuts to those stranded on the A1 contradicts the bosses’ lie that people are too selfish for socialism.

The wealth exists – in the hands of the super-rich – for quality infrastructure, housing and heating for all, as well as safety at work and home. Corbyn’s anti-austerity manifesto is a good starting point.