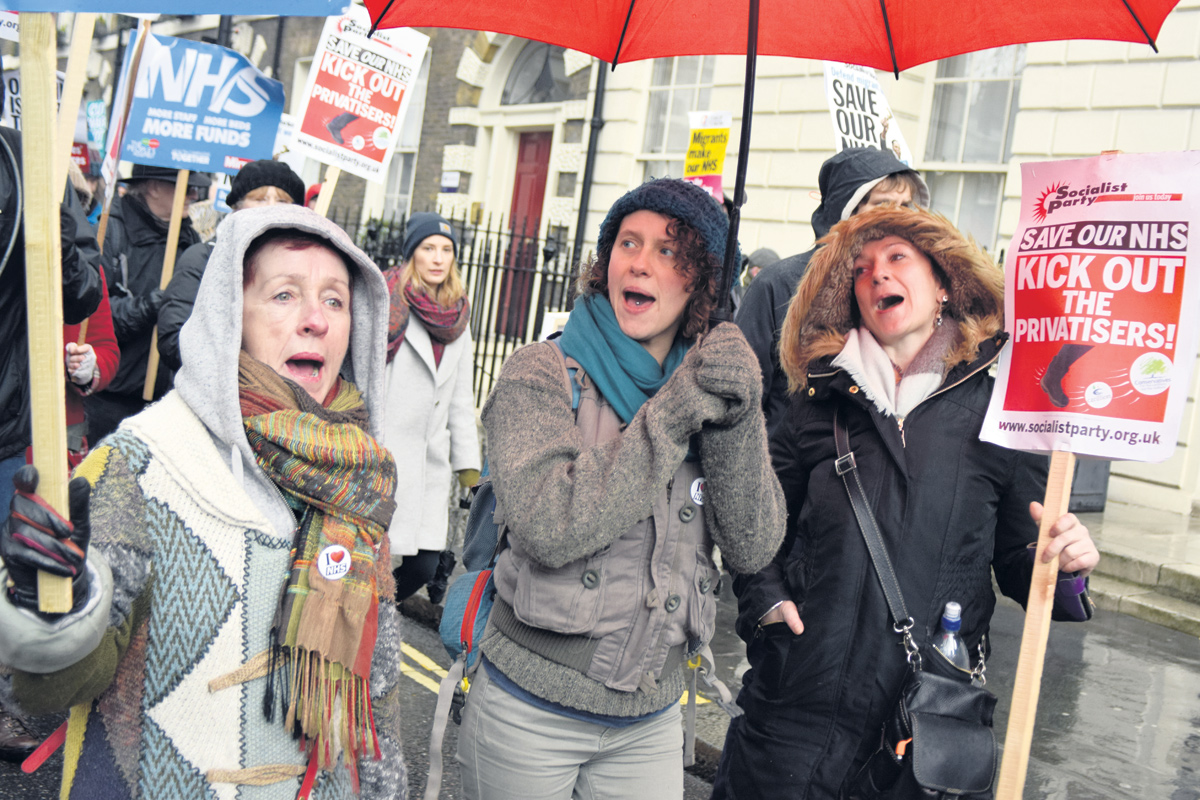 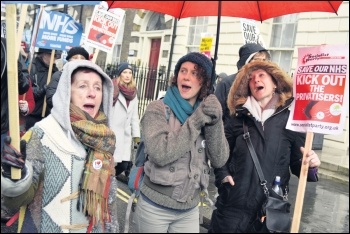 Marching to save the NHS, photo by Socialist Party   (Click to enlarge: opens in new window)

40 hardy souls from the Hands Off HRI campaign braved the bitterly cold and snowy weather at 6am to climb aboard a coach from Huddersfield to London to meet with Jeremy Corbyn and shadow health secretary Jonathan Ashworth on 28 February. We had a local ITV journalist with us to report on the day, and the BBC also showed footage of the campaigners in local news.

On the way in to the Houses of Parliament, the police advised us that our campaign clothing was to be covered up as there were to be “no political messages” in Westminster. I wondered what our representative MPs do on a day to day basis, are they not allowed to be political when in session?

Members of the campaign steering group then met Corbyn and Ashworth to request the following five things from a Labour government:

Corbyn has now vowed to throw his political weight behind our efforts to block the downgrading of Huddersfield’s hospital. Following the meeting he and Jonathan Ashworth said they “unequivocally” backed the campaign to save the A&E and a host of other hospital services. Corbyn also agreed to back the NHS Reinstatement Bill.

Following this, we then held a small march from outside Westminster to the Department of Health. As many readers of the Socialist will be aware, the decision to close our hospital has been referred to Jeremy Hunt and the Independent Reconfiguration Panel (IRP).

We had a small (but noisy!) rally outside and the Hands Off HRI secretary, Mike Forster, was interviewed by several news outlets. We then delegated a member of the campaign, Helen Robinson, to deliver the 15,000 names on petitions we have been collecting over the last few months to demand that the IRP conduct a full review of the plans to close our 400-bed hospital.

The IRP will be making a decision on whether to rubber stamp the plans to do this, or to conduct a full review. The IRP certainly now knows that the people of Huddersfield want to keep their hospital open!