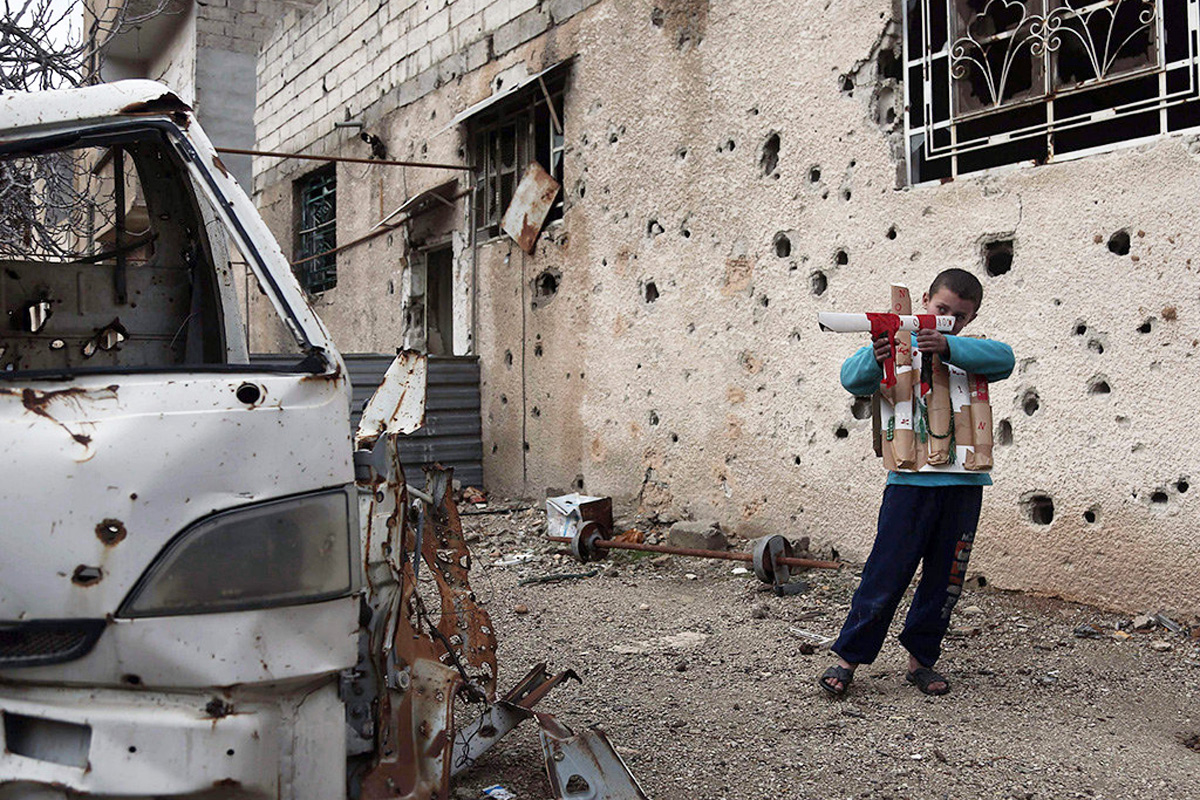 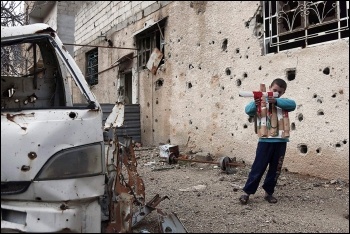 Eastern Goutha, outside Damascus, is “hell on earth”, according to United Nations (UN) chief Antonio Guterres.

Over 700 people have been killed and many thousands wounded in recent weeks. A doctor told the BBC his hospital has “no electricity, no medication, no oxygen, no medication for anaesthesia, no painkillers, no antibiotics”.

The UN security council’s decision on 30 days’ immediate ceasefire has had little effect. The Assad regime in Syria and its ally Russia state that the conditions for the ceasefire are not clear and that they are entitled to continue “attacking terrorists”.

In criticising ‘Russian aggression’ the western powers are indulging in rank hypocrisy. US forces led several massive military assaults against cities in Iraq over the last decade, including Fallujah and more recently demolishing Mosul in 2017. Today, the major powers back the Saudi regime’s air attacks on Yemen, where many civilians have died and chronic hunger and epidemics stalk the land.

The UN resolution speaks of immediate ceasefire except in the case of violations by Isis, al-Qa’ida and al-Nusra.

The dominant armed groups in eastern Goutha are two other militias, Jaysh al-Islam and Faylaq al-Rahman. These jihadist groups have regularly launched missiles on inhabited areas of Damascus, causing casualties among the civilian population, although on a far smaller scale than the regime’s strikes.

At first, Washington supported the same Islamist groups supported by Turkey and Saudi Arabia. But with the emergence of Isis, which established a ‘Caliphate’ in 2014, the United States was forced to find new allies.

Its most important allies on the field in recent years have been the Syrian Democratic Forces, with the Kurdish PYD’s YPG/YPJ troops in the leadership. The subsequent focus on fighting Isis and Russia’s military intervention in Syria since the autumn of 2015, rescued Bashar al-Assad’s regime.

Isis is the convenient opposition that the US uses to maintain troop forces in north eastern Syria. In reality, US actions are about limiting both Russian and Iranian influence. The “stabilisation” that both the US and Russia say they are striving for will be far from stable.

Syria was already a dictatorship shaken by a series of crises before the ‘Arab Spring’ uprising of 2011 and subsequent civil war.

Today, the country has collapsed, with over 500,000 killed and more than ten million forcibly displaced. This is a result of the wars of imperialism, capitalist exploitation and Assad’s dictatorship.

Turkey’s military attack against the Afrin pocket under the control of the Kurdish YPG militia started over a month ago, ostensibly to ‘fight terrorism’. Hundreds of civilians have been killed and wounded according to Kurdish sources.

The Turkish regime’s goal is to eliminate any Kurdish rule in Afrin and Rojava in northern Syria, thereby crushing Kurdish aspirations for national self-determination. At the same time Erdogan’s regime has ramped-up Turkish nationalism at home to hinder the development of a united workers’ movement against its authoritarian rule.

The Turkish regime seems open to either an escalated war or some form of agreement with the Assad regime in Syria having previously unequivocally called for Assad’s overthrow.

Despite Erdogan’s very tough stance, accusing the US of being involved in the attempted coup against him in July 2016, and condemning Washington for its cooperation with the PYD in Syria, the White House has avoided direct conflict with Turkey. Trump’s security advisor, Herbert McMaster, visited Ankara to reassure Erdogan.

Russia, which controls the airspace over Afrin, gave Turkey the green light to attack by air – strengthening the theory that Erdogan is looking for some form of agreement with the Assad regime.

Nouri Mahmoud, spokesperson for the PYD’s armed forces, urged the Syrian government to send troops to secure the border with Turkey. But there is no reason for the Kurds in Afrin to trust troops sent by Assad. The regime in Damascus is acting in response to Turkey, but also to regain control of northern Syria from Kurdish rule.

The Kurds’ struggle for independence and the class needs of workers and poor in the Middle East will never find any allies in imperialism nor regional pro-capitalist governments. US imperialism has a history of betraying Kurdish people in the region.

Behind the region’s deep crises lie the crisis of capitalism and the historic weakness of the workers’ movement, whose struggle for democratic socialism is the only way forward.