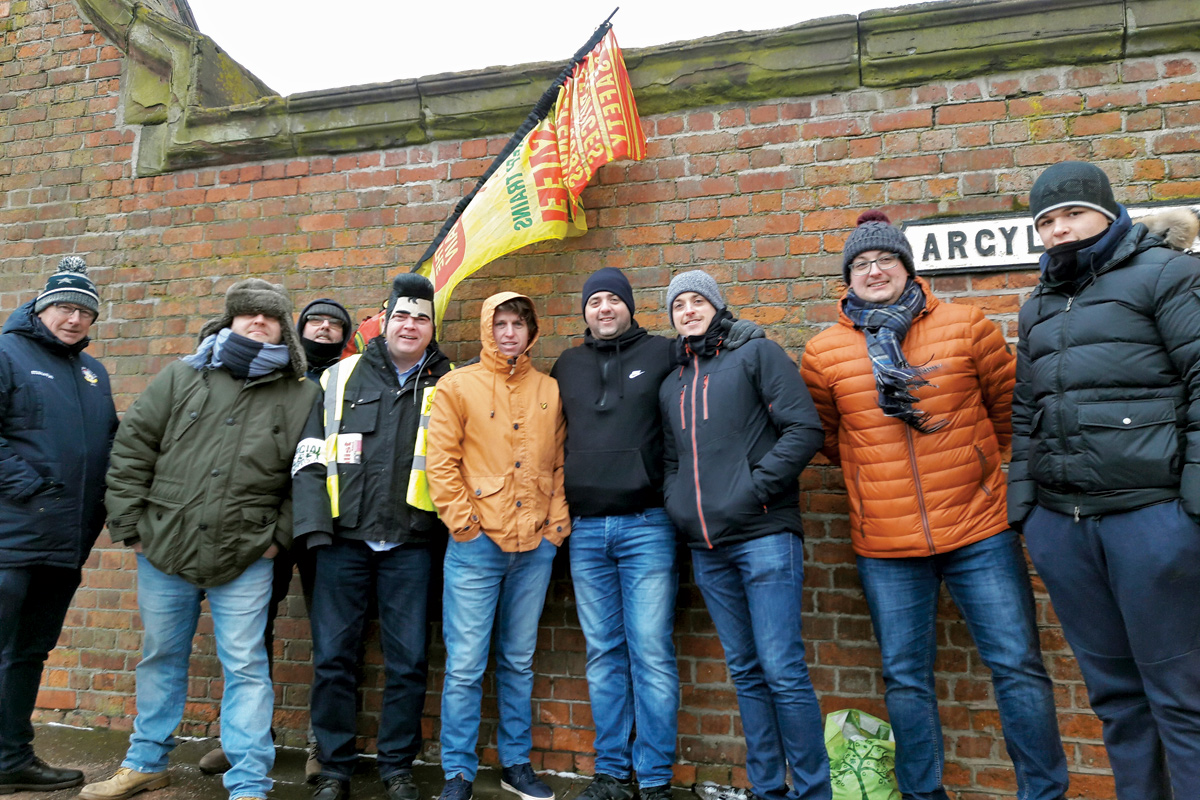 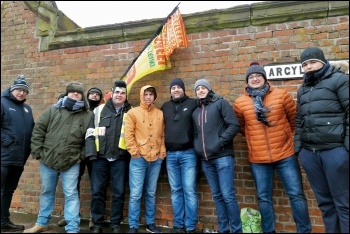 The RMT picket line in Birkenhed was joined by Elvis (fourth from left), 3.3.18, photo by Hugh Caffrey   (Click to enlarge: opens in new window)

Saturday 3 March saw another solid strike across the Arriva Northern and Merseyrail railway franchises by guards defending their jobs.

Cost-cutting management, in cahoots with the Tory government and local Labour councils, want to axe the role of safety-critical guards and move to driver-only operation (DOO), which is both unwanted and unsafe.

Arriva refuses to even meet with the RMT union, while paying scabs bonuses for crossing picket lines. Merseyrail, under the direction of local Labour councillors, continues to spin and posture while city region mayor Steve Rotheram fools no one with his continued pretence that it’s nothing to do with him.

The mood of pickets was high because of overwhelming public support for them and for renationalising the railways.

Pickets at Birkenhead Central were pleased that Jeremy Corbyn has retweeted campaign material by the RMT about the need to keep the guards – the first time he has supported the guards’ dispute. But they were even more pleased that ‘Elvis’ joined the picket line (see photo)!

Socialist Party members distributed a leaflet encouraging RMT members to consider standing for the Trade Unionist and Socialist Coalition in May’s council elections against the Labour politicians driving DOO, with several strikers saying they were interested in doing so.