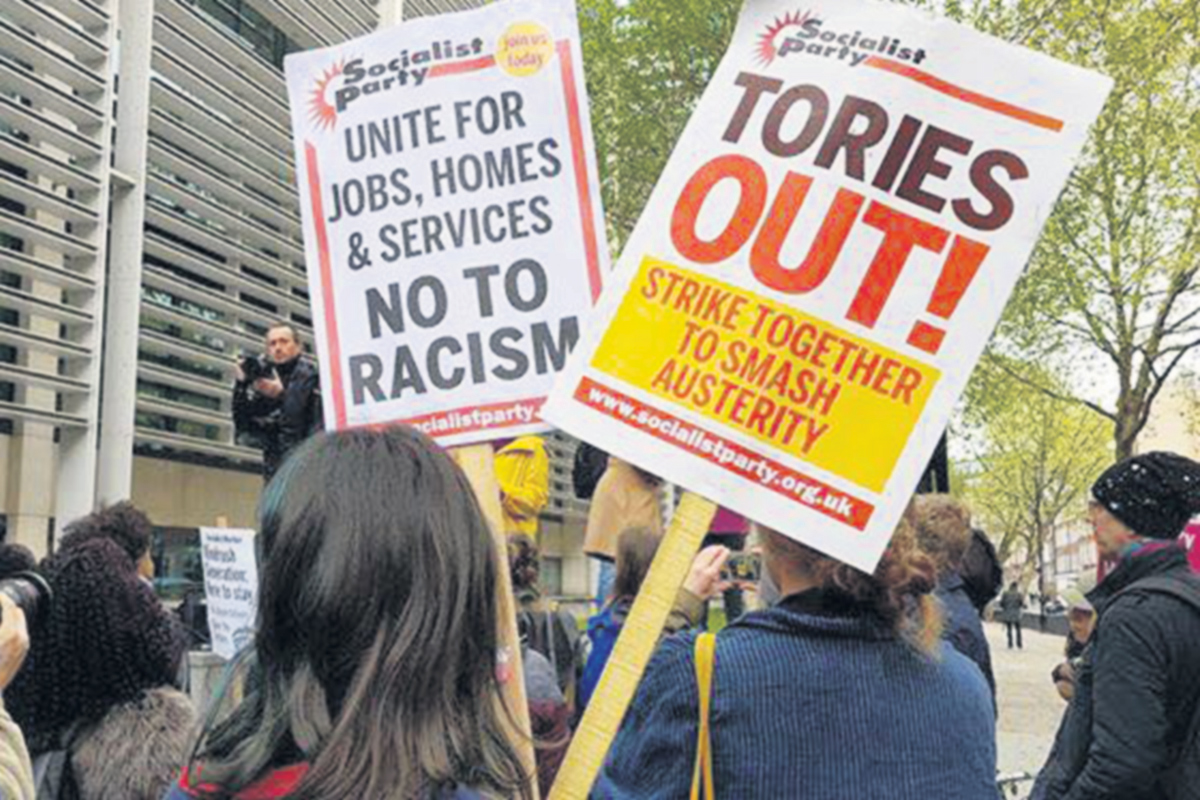 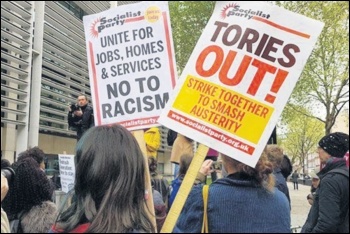 The Blairites are responsible for real racist policies – observing that right-wing MPs work with the right-wing press is not racist, photo by London Socialist Party   (Click to enlarge: opens in new window)

Marc Wadsworth has been expelled, after 22 months suspended on charges of bringing the Labour Party into disrepute.

He had been accused by Blairite MP Ruth Smeeth in June 2016, during the launch of the Chakrabarti report, of “traditional antisemitic slurs to attack me for being part of a ‘media conspiracy'”. Smeeth had stormed out of the meeting.

The incident was recorded on video which showed that Wadsworth had said nothing antisemitic, and had only pointed out how Smeeth was working hand in hand with the Telegraph and other papers to attack Corbyn. The accusation of antisemitism was false and libellous and Smeeth has recently removed it from her website.

But Wadsworth was immediately suspended from the Labour Party, and it took 22 months until he was given a hearing. Smeeth marched to the hearing with 40 Blairite MPs in an attempt to intimidate the panel.

Wadsworth is an anti-racist activist and has been supported by Jewish Voice for Labour, the Jewish Socialist Group, and Chris Williamson MP.

The outrageous expulsion of Wadsworth is more significant as it occurred after the left won control of the Labour national executive committee. It shows that supposed Corbyn supporters are incapable of withstanding the pressure from the Blairites and the media to defend their own allies.

Instead of defending Wadsworth, they threw him overboard, sacrificing him in order to appease the Blairites and the press in the hope that they will stop mudslinging about antisemitism. But this only serves to dishearten the left and embolden the Blairites, some who are now demanding action against Chris Williamson for daring to defend Wadsworth and call out the hypocrisy of the Blairite antisemitism slurs.

This decision, less than a week before the local elections on 3 May, can only serve to dishearten activists. If Wadsworth can be expelled, then no activist is safe from the Blairites and the Labour Party machine.

The appeasement of the Blairites – by giving in to their demands for witch hunts – will fail. They will not rest until they have deposed Corbyn.

They have shown time and time again their irreconcilable opposition to Corbyn and all he stands for. They will use every opportunity to attack and undermine him.

This must stand firm against attacks from the Blairites and from the capitalist class – attacks which will massively intensify in the event of a Corbyn government. The Socialist Party has asked to be readmitted into the Labour Party and could play a key role in building this left force.