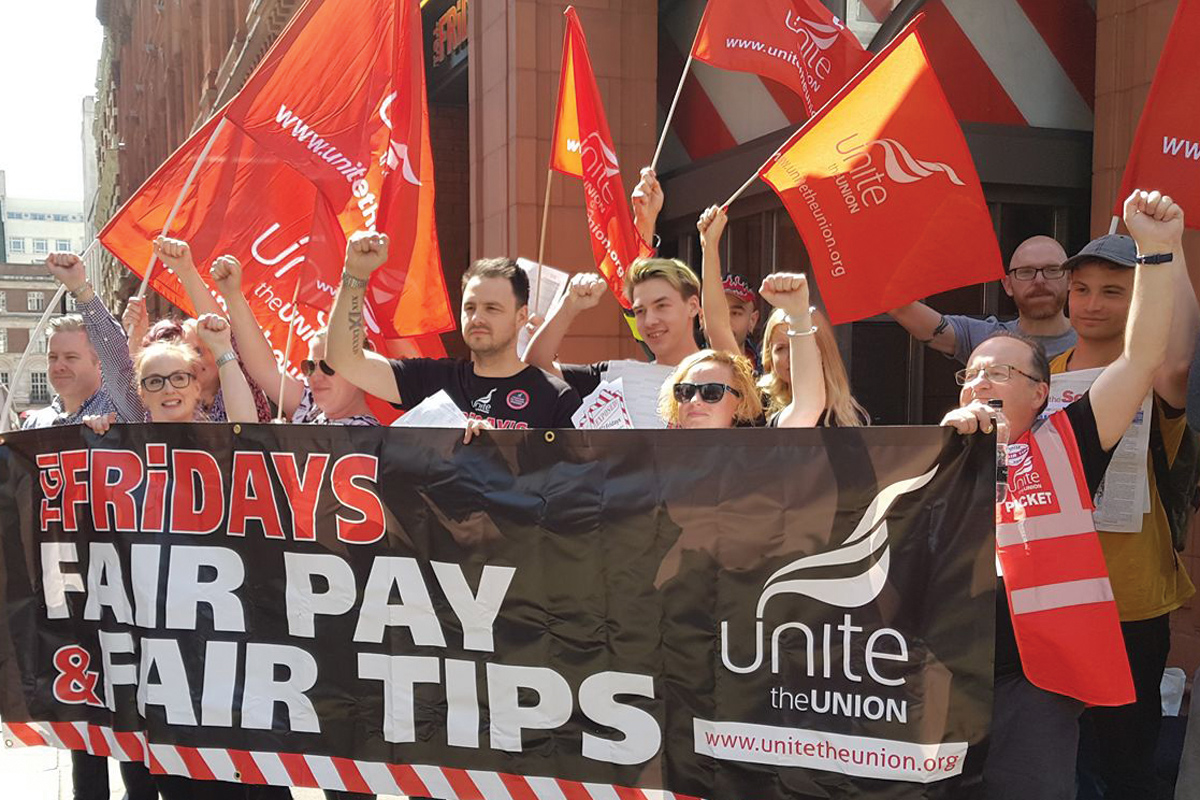 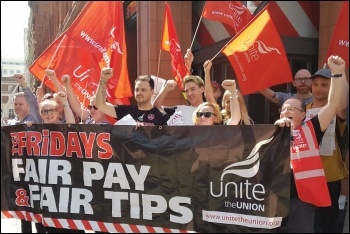 The pciket line at TGI Fridays in Covent Garden, 18.5.18, photo by Claire Laker-Mansfield   (Click to enlarge: opens in new window)

Workers at TGI Fridays restaurants in Milton Keynes and Covent Garden, London, were on strike for the first time ever on 18 May. Waiting staff could lose £250 a month in a dispute over tips and minimum wage abuses.

The Unite the Union members voted 100% on a 75% turnout to walk out. The strike will be the first in a series of 24-hour strikes over consecutive Fridays during the summer.

The company introduced a new tipping policy with only two days’ notice, which would see money earned by the waiting staff redirected to top up the low wages of kitchen staff. This was driven by the need to stop the high turnover of kitchen staff.