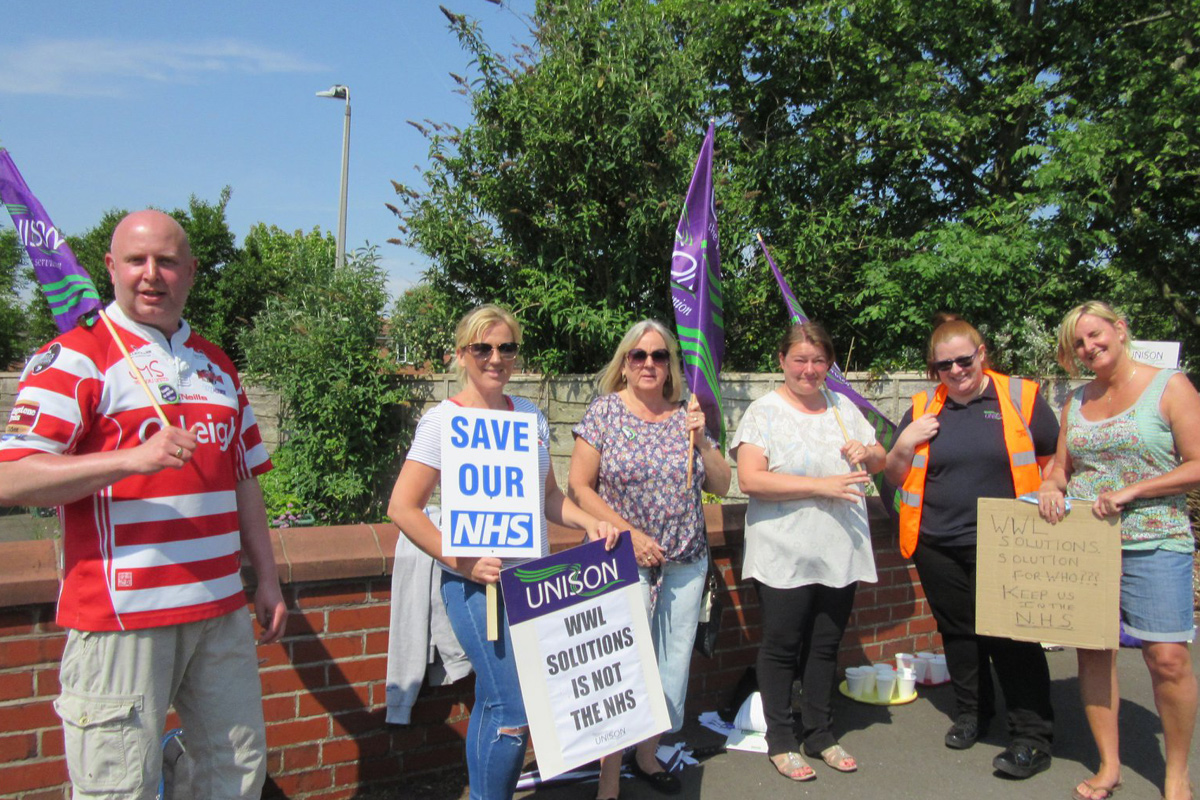 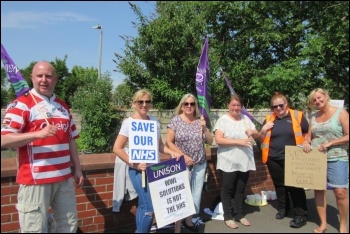 Part of the Wigan picket line, May 2018, photo by Keep Our NHS Public   (Click to enlarge: opens in new window)

A historic strike has taken place at three hospitals in the Wrightington, Wigan and Leigh NHS Trust. 900 porters, domestics and caterers are under threat from plans to transfer services to a ‘wholly owned subsidiary’ or ‘special purpose vehicle’ – forms of outsourcing which pave the way to NHS privatisation – called WWL Solutions.

Members of health unions Unison, Unite and GMB took 48 hours of strike action to oppose this after huge turnouts and votes for action in both the indicative and consultative ballots.

Big and lively picket lines were held and maintained from first thing in the morning until evening. Placards read: “WWL Solutions is not the NHS” and others: “Save Our NHS”.

At a strike rally held in Wigan town centre, the biggest cheers were given to speakers who linked the strike to the need to defend the NHS from private companies.

The Socialist Party leaflet pointed to partial victories in Leeds in delaying the transfer of services to a special purpose vehicle and in Huddersfield in halting the closure of HRI – showing that nothing is inevitable about the destruction of the NHS. When we fight, we can win!

The announcement from the rally stage that two more strike days are to be announced was welcomed by the strikers.