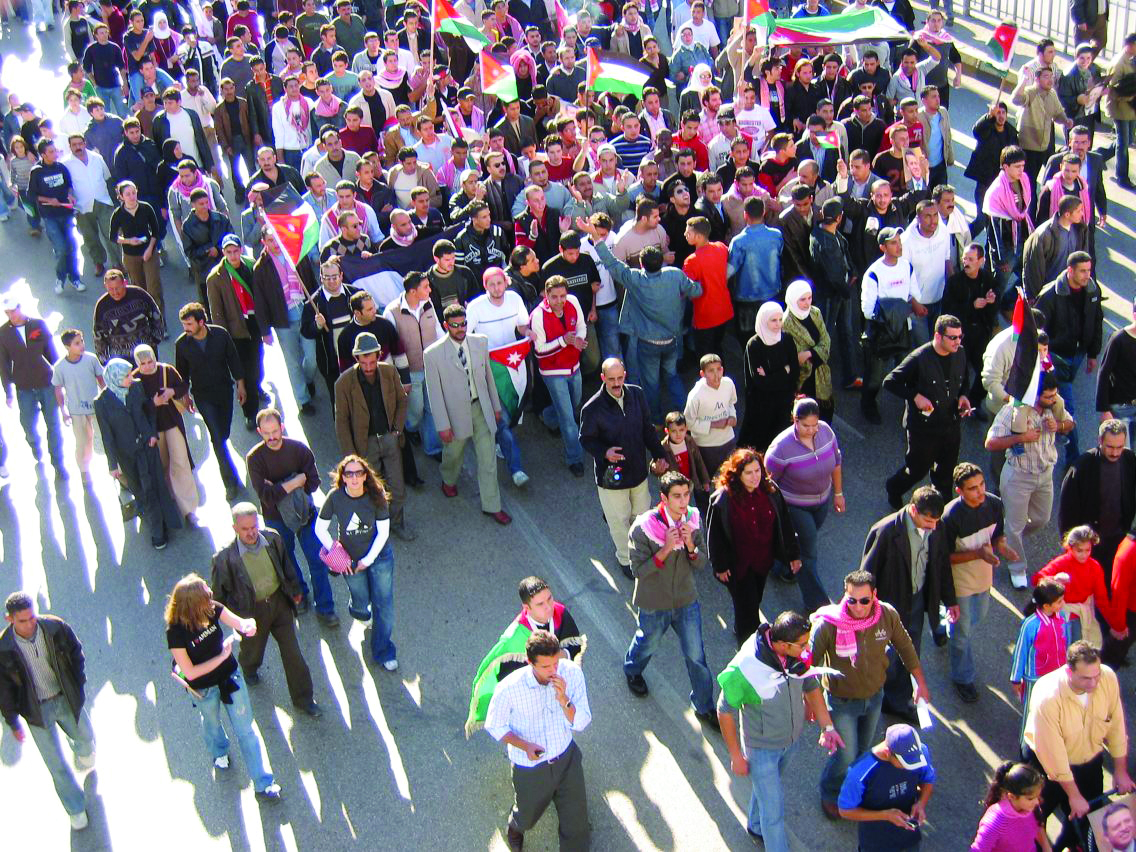 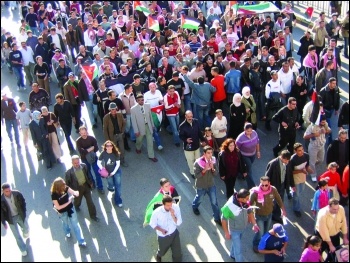 The scale and intensity of the current movement has exceeded previous anti-government protests like above, photo Isam Bayazidi/CC   (Click to enlarge: opens in new window)

A general strike and huge demonstrations of an unprecedented scale have shaken the Jordanian kingdom, against the backdrop of a steep rise in the cost of living and government corruption. The struggle has succeeded in cancelling some of the government’s austerity decrees and has removed the prime minister. The continuing struggle represents a new hope for the region. Shahar Benhorin, Socialist Struggle Movement (CWI Israel-Palestine), reports on the growing rebellion.

33 trade unions announced a nationwide strike on Wednesday 30 May and opened the dam of workers’ anger. Despite the Ramadan fast, tens of thousands of demonstrators have stormed the streets of Amman in recent days.

Jordan has been considered one of the most ‘stable’ countries in the Middle East. Even the demonstrations of thousands in 2011-12, at the height of the ‘Arab Spring’ revolutionary wave that swept the region, did not reach such a scale. In fact, the current protest is unprecedented in scale and intensity, even in comparison to the successful protest of 1989 against economic decrees and the government.

saying: “Brother citizen, I don’t want to prevent you from filling your tank, but I plead with you to boycott the gas stations for three days”.

The social media networks are raging, along with the streets, and protest slogans are flooding them against the “thieves’ government” and more.

The Jordanian government arrogantly assumed that it could overcome the ‘background noise’ of protest and decided to raise fuel and electricity prices for the fifth time this year! This decision intensified public anger and was met with increased mobilisation for demonstrations at the end of the Friday prayers (1 June) and the next day.

But in the demonstrations, especially outside the capital Amman, there are calls that go further, demanding that the government and parliament must go. Even calls for the king’s removal were reported.

If the king gambles – as the prime minister has done – to comply with the IMF by continuing to implement the new economic decrees, the movement against the cost of living could turn into a revolutionary movement to overthrow the regime itself. The regime’s dilemma is that even if it makes concessions, it may spur the collapse of the ‘fear barrier’ and build the self-confidence of the masses, and then face a more determined movement.

The ruling classes in the region have reason to fear this dramatic escalation in the Jordanian class struggle. It could help re-establish self-confidence and a fighting spirit in the masses in other countries and promote the end of the ‘Arab Winter’ (the retreat of the 2011 mass movements), which enabled the ruling classes, reactionary forces and imperialist powers to lead destructive counterrevolutions and plunge the whole region into bloody conflicts and growing distress.

It is possible that the IMF, under the pressure of developments, may moderate its diktats, and perhaps there will be proposals for economic ‘aid’ from the capitalist powers. But these will not be enough to deal structurally with the debt problems, the cost of living, high unemployment – swelled by the refugee crisis – and the growing anger over inequality.

The Muslim Brotherhood, which has managed to exploit waves of demonstrations and previous political crises to enlist support, while supporting the monarchy and advancing a right-wing pro-capitalist agenda, is not playing a central role in developments this time. Workers’ organisations and young people are leading the demonstrations.

This reinforces the potential for building a more effective struggle against austerity measures, poverty, corrupted politics, repression and inequality – while promoting an alternative plan that will represent the real interests of workers, the poor and young people.

That would be in contrast to the vague calls by some middle-class circles to establish a ‘national salvation government’. However, any ‘alternative’ government that would try to solve the crisis on a capitalist basis, even if it prioritises concessions to quell mass rage, would sooner or later have to abide by ruling class demands for pro-capitalist and anti-working class measures in an attempt to stabilise the system.

A true ‘salvation’ government will have to directly represent workers’ organisations, youth movements and community organisations, and consist of genuine representatives of them. It will face the task of leading a fight against the rich royal family, the wealthy capitalists and imperialist corporations in order to eradicate poverty and unemployment and establish a genuine democracy, on the basis of a policy of socialist change.