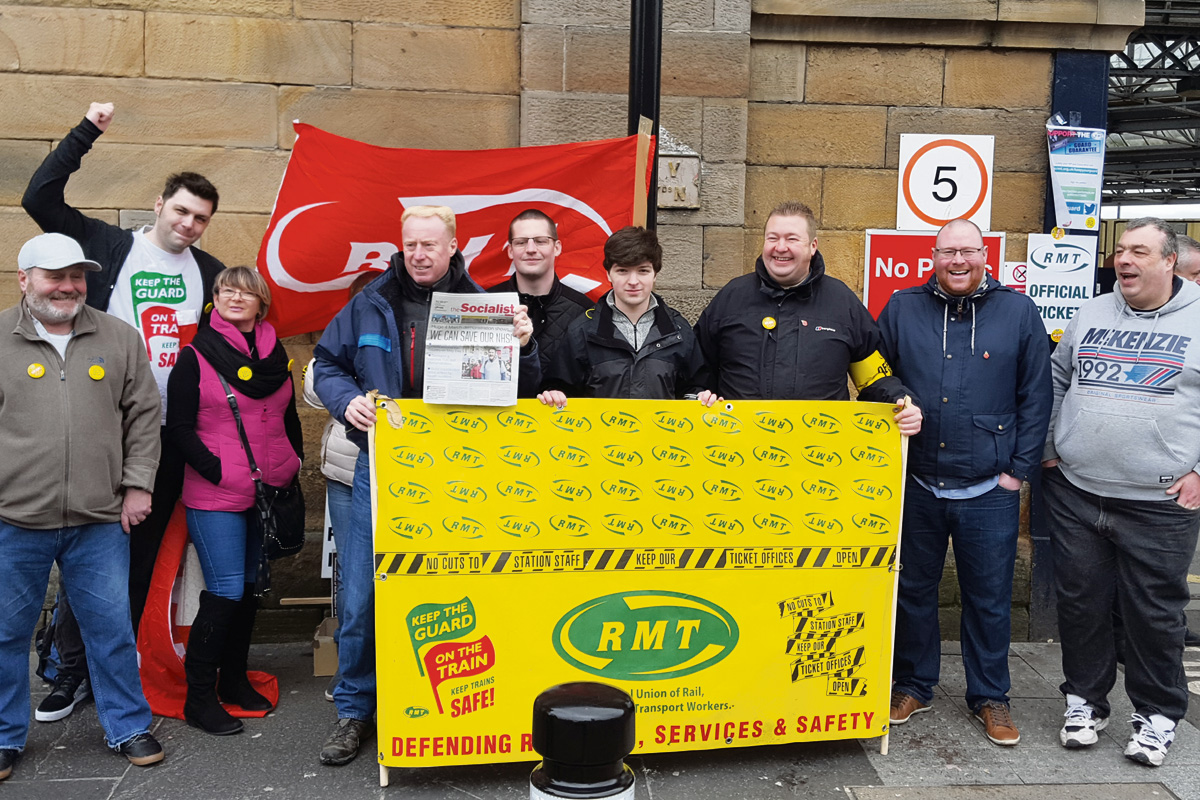 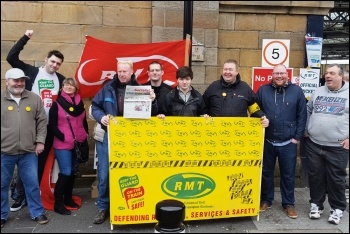 “The feeling from RMT [transport union] guards at Merseyrail is that we will win with the continued support from the Aslef [drivers’ union] drivers and from the Merseyside public”, we told the Socialist in March. After 16 days of solid strike action over the last 18 months an announcement was made on 31 August pushing back the bosses’ attempts to move to driver-only operation.

This announcement came after six months of talks between Merseyrail and the RMT at conciliation service Acas. The ‘deal’ was hailed by some in the media as an end of the long-running dispute because Merseyrail had agreed in ‘principle’ and pending finance to keep a second member of staff on every train.

In reality, Merseyrail’s position has moved very little from its original stance of having a second person on every train after 8pm at night. In previous statements made by Merseyrail management clearly stated a second person could be classed as an onboard cleaner, ticket inspector or security worker.

This ambiguous wording from Merseyrail and Liverpool metro-mayor Steve Rotheram has caused alarm among Merseyrail guards, as the words ‘safety critical’ haven’t been mentioned. It’s clearly obvious to all that these roles are not trained to a safety-critical standard.

I would also like to take this opportunity to thank the Socialist Party for the truly outstanding work they’ve done during this dispute throwing their support behind every picket line, through their constant campaigning on stalls in Birkenhead and Liverpool and during the six months of no strike action, when many of the general public thought the Merseyrail guards’ dispute had been resolved due to the lack of publicity in the local press.

The facts are, this dispute could easily be resolved by now if the Liverpool regional transport committee’s – dominated by Labour councillors – reverses its decision under the instructions of metro-mayor Steve Rotheram and Liverpool city mayor Joe Anderson, who are both elected Labour mayors. Unfortunately Rotheram has said he thinks the strike action is “unreasonable”.

Jeremy Corbyn has commented on Twitter that he fully supports the retention of guards on trains, yet Rotheram and Anderson ignore him. It’s clear to all that Labour is two parties in one. This dispute ultimately shows that.

RMT members on South Western Railway have been forced to re-ballot under Tory anti-trade union legislation. RMT president Sean Hoyle says: “The 88% vote for renewed strike action on South Western Railway with a 71% turnout will be a huge boost to RMT pickets striking on 15 September, fighting to ensure the safety-critical role of the guard and protecting safety for the travelling public and workers.”

Messages of support to [email protected]

At the picket line, Young Socialists unveiled our banner backing the RMT’s action and calling for the nationalisation of the railways. We met a good response from passers-by. The overwhelming majority supported keeping guards on trains and were more than happy to take the RMT’s leaflets from us.

RMT members are striking every Saturday in September. We’ll be going down again to support them, including on the Leeds Trade Union Council day of action on 15 September. And we are planning our own mobilisation again for 22 September.