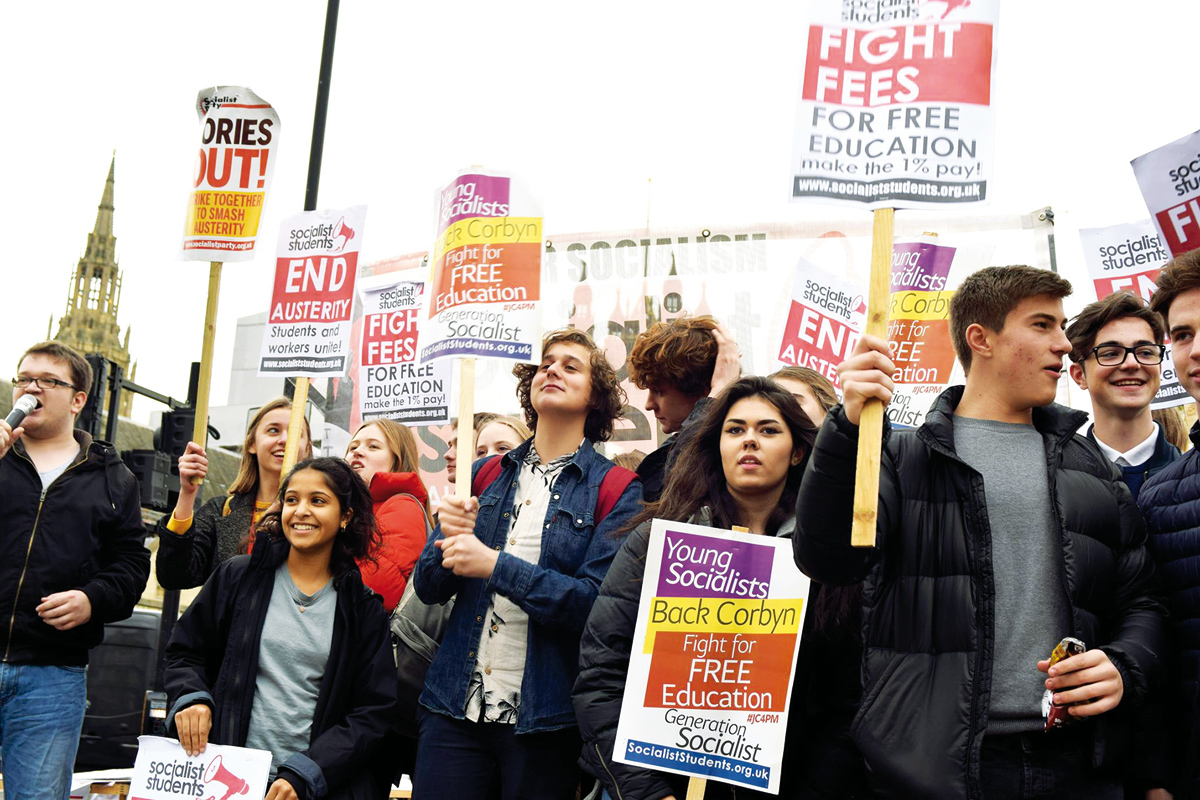 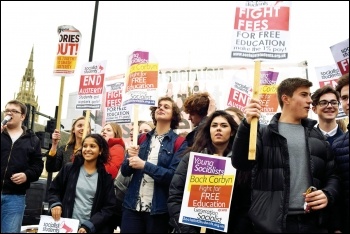 Since 2010 students have been paying £9,000 a year for university tuition fees. In 2017 the total student debt in the UK rose to over £100 billion, according to the Student Loans Company.

Students are faced with the inescapable reality that if we want higher education we will leave uni with over £50,000 in debt. We will spend the next 30 years of our lives paying it off – if we can ever afford to at all.

And the bosses don’t spend this vast sum of money on the needs of students by providing affordable housing or crucial counselling services.

Instead it’s being creamed off by the bureaucratic fat cats, such as the University of Birmingham’s vice-chancellor, David Eastwood. He receives a £439,000 salary package and is the highest paid uni boss in Britain.

The last general election saw a huge movement of young people behind Jeremy Corbyn’s anti-austerity manifesto. It pledged to scrap tuition fees and reinstate maintenance grants for higher education, among many other pro-youth policies.

However, Corbyn and the union leaders have not yet mobilised this huge potential force. And the right-wing leaders of the National Union of Students (NUS) have left it to waste.

Last year, Socialist Students called for students across Britain to organise, to walk out of classes and march for free education on the Tories’ Budget Day to make our demands heard. Where was the rallying cry from the official leaders of the students’ and workers’ movements?

Young people and students cannot wait for a Corbyn-led government: we need action now. We must start to build our own movement to unite students and workers and force the Tories out, whether or not the NUS supports it.

We must demonstrate and organise to fight for free education, to scrap student debt, and to end universities being treated like big business by the super-rich and their representatives. If you agree, join Socialist Students!