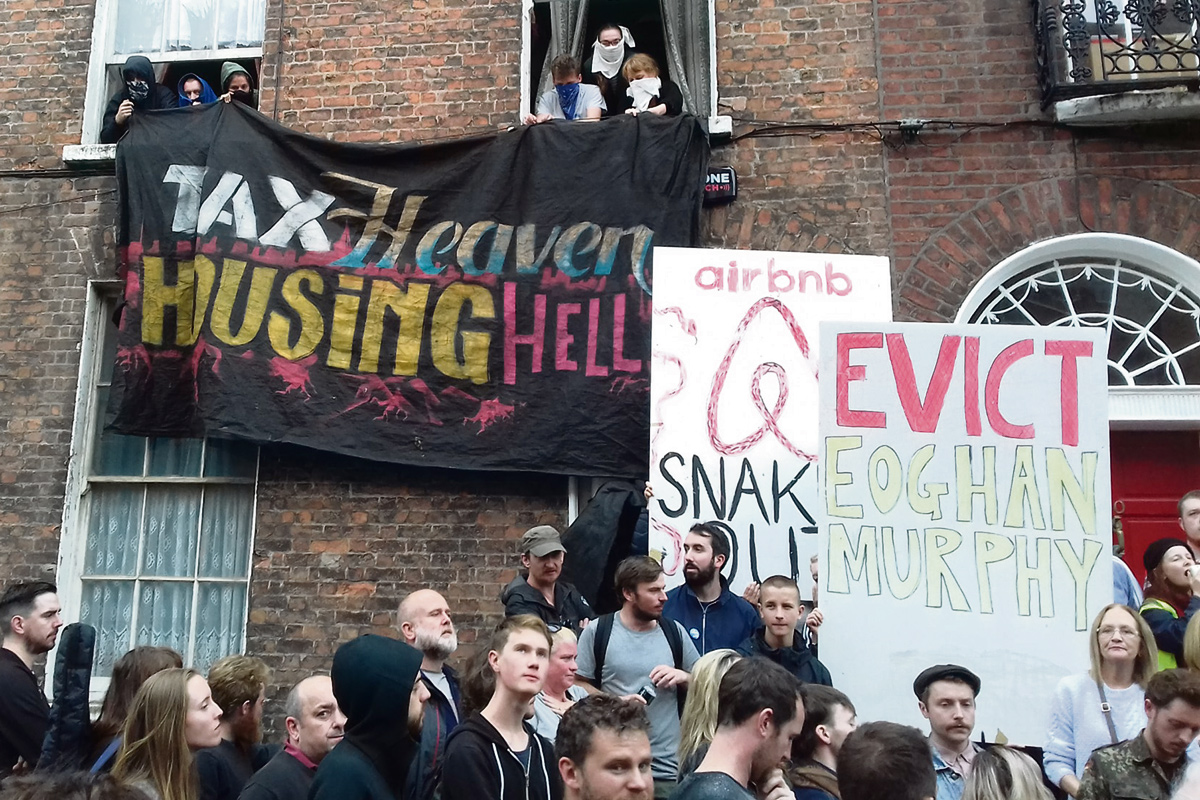 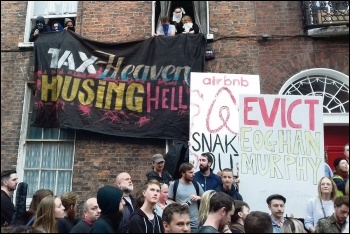 The Guardian newspaper reported: “A backlash is brewing. Using the hashtags #homes4all and #TakeBackTheCity a coalition of housing activists last month occupied a four-storey property in the heart of Dublin which has been vacant for three years.

“Dozens have rallied outside while others inside have bedded down. They remained there at the weekend in defiance of a court order to leave the property last week.

“‘Injunction be damned: it’s better to break the law than to break the poor,’ tweeted Mick Barry, a socialist member of the Dáil, Ireland’s parliament.”

“We must end reliance on the private market and oppose ‘solutions’ to the housing crisis that are about maximising profits and income for a super-rich elite. We demand massive investment to build social and affordable homes for those who need them.”