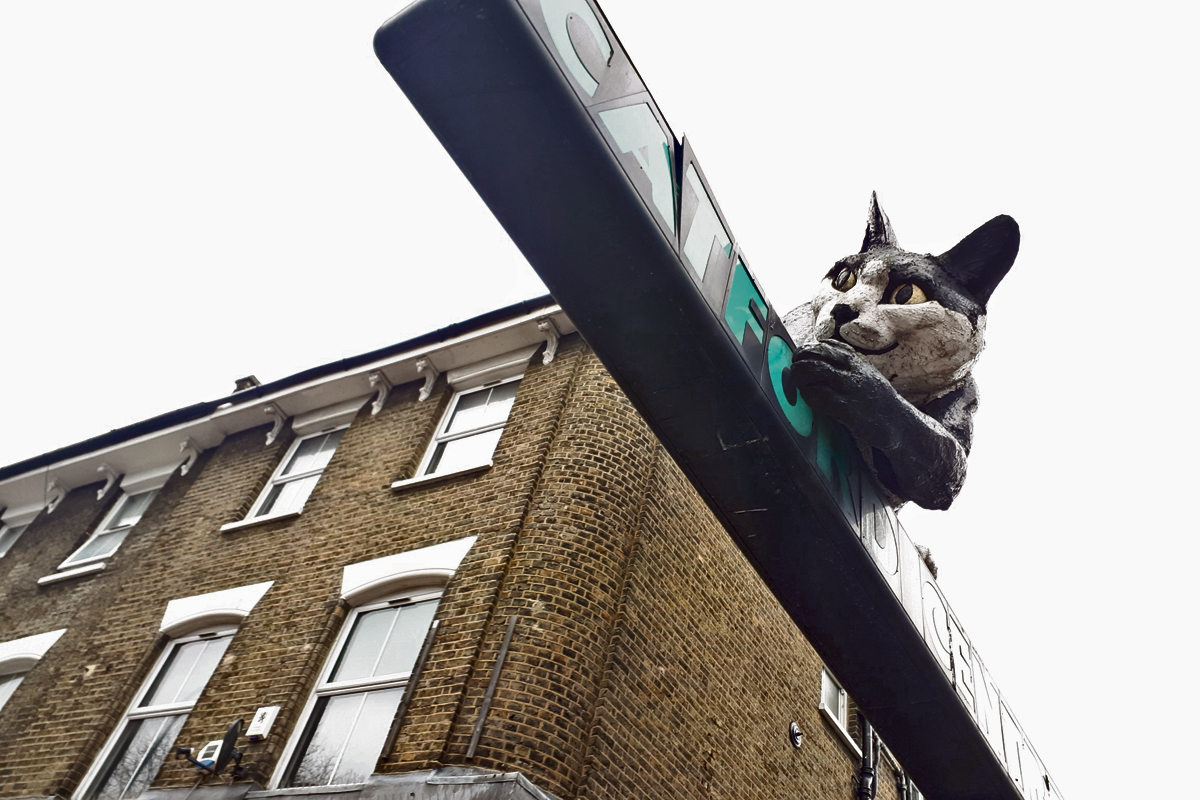 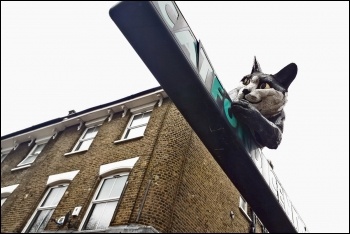 The Catford cat is one of the features greedy developers say they’ll leave in place, photo by mmcaps/CC   (Click to enlarge: opens in new window)

Lewisham in south London has a big problem with a lack of council and social housing. Not enough has been built and existing homes are being lost to housing associations, right-to-buy schemes and ‘regeneration’, social cleansing schemes.

Catford town centre is the latest target for a ‘regeneration’ programme and the Socialist Party organised a public meeting on 3 September to discuss the plans.

The redevelopment of surrounding areas has led to existing residents no longer being able to afford to live to there. A billboard advertising one of the new developments says that a deposit of £16,000 to £20,000 is needed to secure a flat!

‘Team Catford’ (the group which is managing the regeneration on behalf of the council) is holding consultation meetings and has outlined the proposed changes. 276 flats in Milford Towers and Catford shopping centre will be demolished, and Lewisham council will put up rents for small businesses on Catford Broadway by £6,000.

This is an astronomical amount for any small business and it is an attempt to make up for the cut in funding from central government. Instead, the council should stand up to the Tories, say no cuts and use reserves and borrowing powers while building a campaign to win back the funding.

Milford Towers, which will be demolished, has been left unkempt in a deliberate attempt by the council to run it down to justify its claim that there is a need for regeneration. The flats have a history of crime and other problems, and in the past local people have called for it to be demolished and new like-for-like social homes for residents built.

But this is not what is planned by the council. The redevelopment will be taken over by developers, which will mean the towers will be demolished and new properties will include only a small percentage of ‘affordable’ housing. This is really a social cleansing exercise.

A recent assessment of new homes needed in Lewisham suggests that we need around 1,600 new homes a year to meet the demand for housing across the borough. We call for an end to ‘regeneration’ which drives out working class people and instead demand a mass council house building and upgrade programme to meet the needs of residents.

At the campaign meeting we made plans to lobby Team Catford, for campaign stalls and door knocking. A protest against rate hikes will take place on 15 September.

The working class is under attack and we must stand up, fight together and demand social housing.