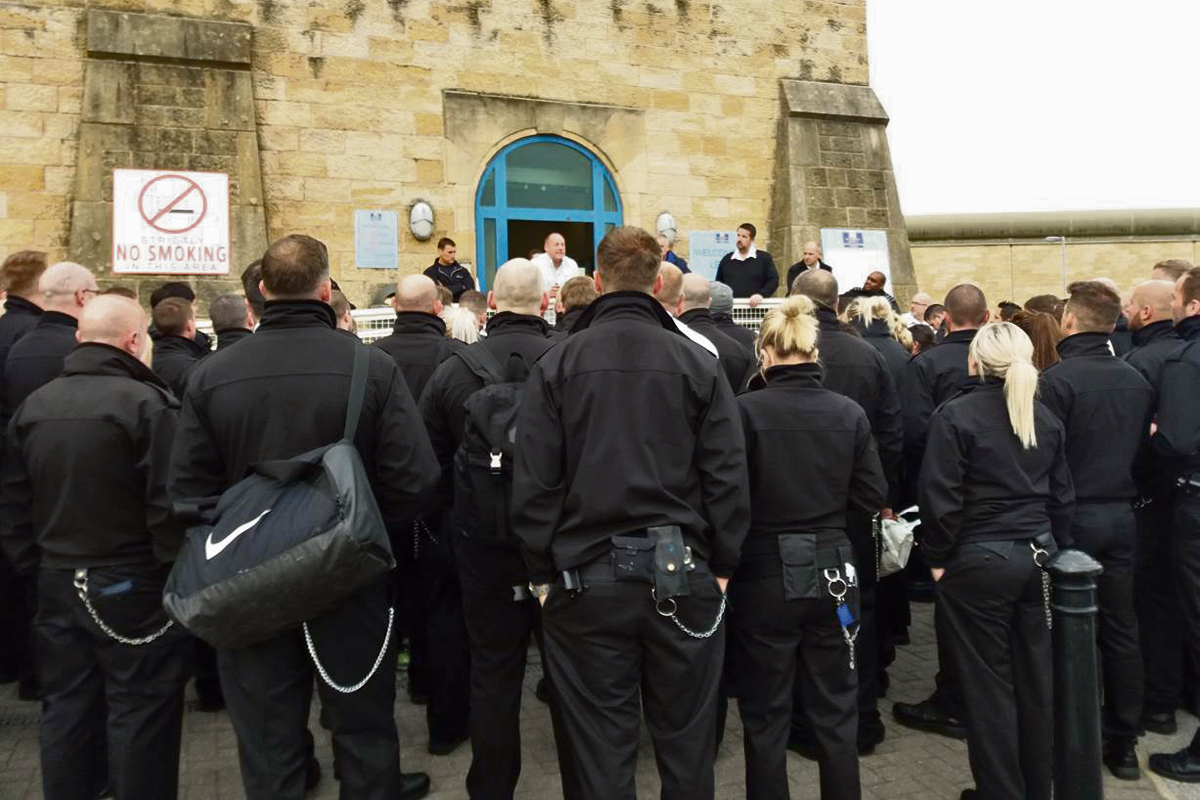 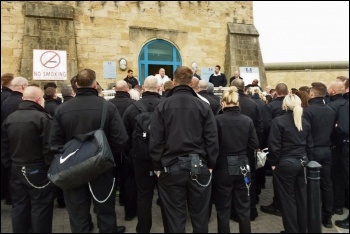 On 14 September, members of the POA – the trade union for prison officers and secure psychiatric workers – took part in protests outside prisons around the country.

The Socialist spoke (below) to the POA’s deputy general secretary, Joe Simpson, as the action was unfolding that morning.

There’s been a longstanding ban on prison officers taking strike action. Have you had any threats of legal action from the government?

It said we’ve immediately got to repudiate the action and tell our members to go back to work. The general secretary Steve Gillan has turned around and said no.

For readers of the Socialist who haven’t all followed what’s going on in the prison service, could you just explain why you felt it necessary to protest today and what it is that the prison service has failed to do to provide safe prisons?

No problem. What we’ve done is engage with the employer and ministers in an attempt to resolve the issues.

But as usual they just pay lip service to the health and safety of our members. We’ve demanded that they provide safe prisons, meet our demands to provide personal protective equipment, reduce the levels of violence and overcrowding as set out by Lord Justice Woolf in his report on the riots of 1990.

Self-harm incidents have also rocketed. People are coming into prison with mental health issues. We haven’t got the knowledge and experience to look after them as most of our members are not trained in mental health.

What we’ve also said to the government is that we want a reduction in prisoner numbers. We want to bring an end to what we describe as institutionalised prison overcrowding.

We believe that’s what’s also breeding discontent in prisons with prisoners. If they had brought down overcrowding and made it a rule, like Lord Justice Woolf recommended, that it is against the law to overcrowd a prison and to lock two prisoners up in a cell meant for one, then we wouldn’t be in the position that we are.

Following on from today’s action what’s the next step? What’s the POA going to do next?

We’ve told the prisons minister we want to speak to him. We’ve said we want a comprehensive drug-reduction strategy.

That’s what we’re after: a proper regime in each prison which fits with the staffing levels they’ve got. Instead of what they’re currently trying to do with the staff that they’ve got, which is also breeding violence.

And if this doesn’t happen the NEC will be sitting round the table again, talking about what we can possibly do in the future. We would rule nothing in and nothing out.

We’re getting quite a lot of messages of support from comrades in the Socialist Party and everywhere else.

Our members are up for the fight. And the reason they’re up for it is that they are pig sick – because they are living this life every single day.