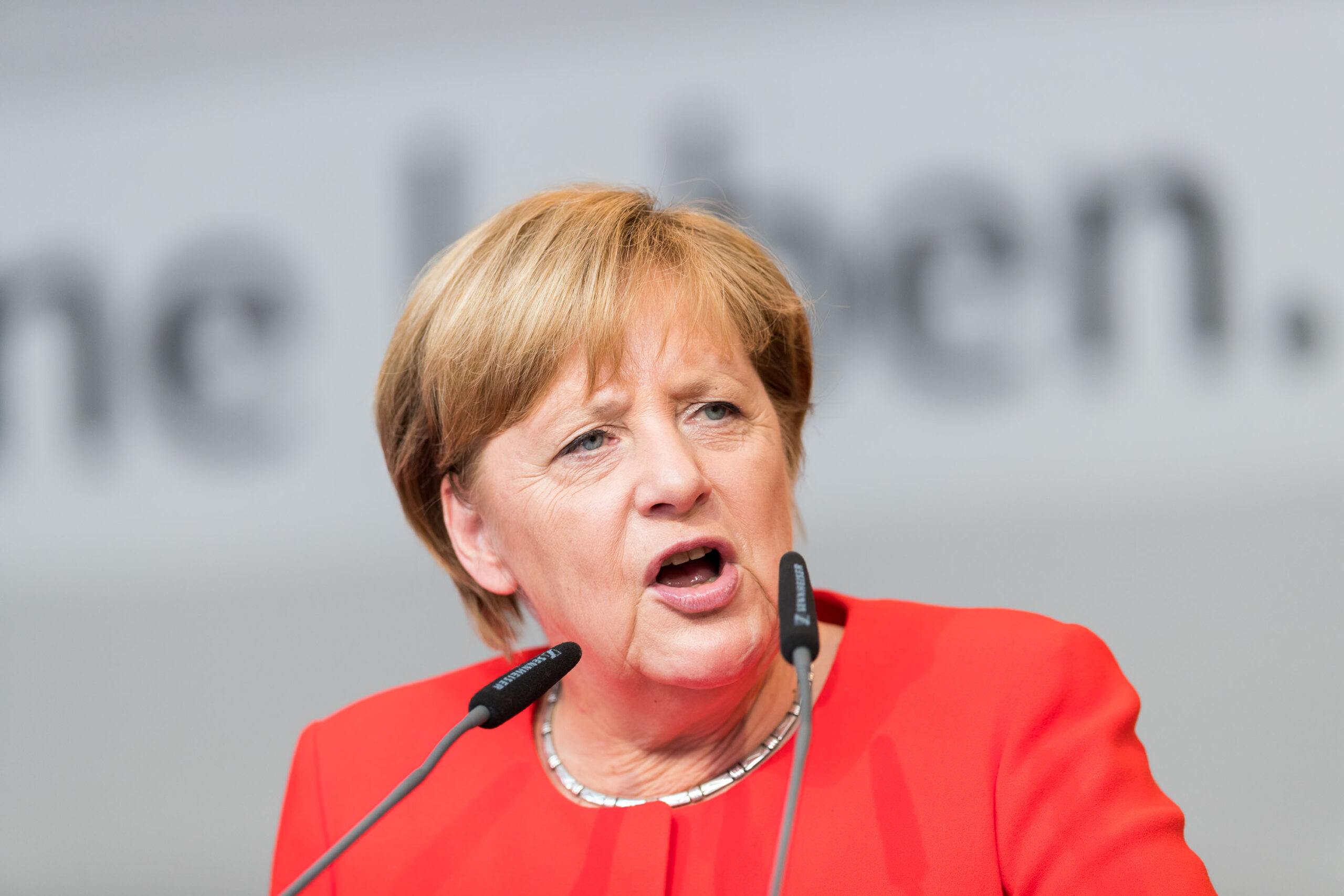 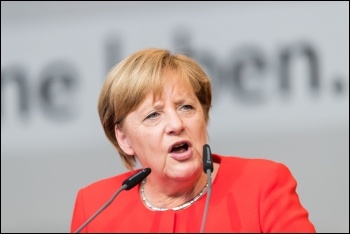 According to the German media, an “historical event” took place on 14 October: the regional elections in Bavaria. The decline of both the CSU, the Bavarian counterpart of Chancellor Angela Merkel’s Christian-Democrat CDU party, and the SPD, the German former social democratic party, has historic dimensions and will have repercussions in the whole of Germany.

But there was also another historical event on 13 October – the ‘Unteilbar’ (‘Indivisible’) demonstration against racism and for social justice in Berlin, with around 250,000 participating.

This was one of the biggest mobilisations in Germany since World War Two, and a clear signal to all that the far right and right-wing populists may often be louder, but are not the majority.

The Merkel era has already begun to end. The results of the Bavarian regional elections have accelerated this process.

Nevertheless, the results were not the worst case scenario that had been predicted on the basis of recent opinion polls. It would have been a disaster for the German ruling class and government parties if the CSU had less than 35% and if Die Linke, the Left Party, had entered the regional parliament.

If it had won less than 35%, the CSU would not have been able to form a coalition with the Freie Wähler, the ‘free voters’, a small conservative party that has been in the Bavarian regional parliament since 2008.

This would possibly have led to a collapse of the federal German government. Now the ruling coalition parties, CDU, CSU and SPD have been given the opportunity to postpone its termination.

This does not alter the situation facing the Merkel government, hanging by a thread as its support dwindles. The latest poll shows it has just 39% support.

When did we ever have a situation where the leaders of all governing parties openly question whether they will still be in charge by the end of the year?

These events show that there is no general shift to the right in Germany. There has been a shift to the right of government policies, especially by the CSU and parts of the CDU, and right-wing populism has become stronger, resulting in a growing polarisation.

The far right populist Alternative for Germany (AfD) party, capitalist politicians and the media have attempted to whip up fears about migration in order to win support. This is done to draw attention away from social problems and from those really responsible in the government and big business.

But there have also been daily solidarity actions in support of refugees – involving more people than there are AfD voters. There have been many mass protests against the far right as well as the struggles of tenants and health care workers for better social conditions for the majority of people.

The AfD’s vote, while substantial, was below expectations in Bavaria. The CSU not only lost votes to the AfD, but also to the ‘left’ – the Green Party.

In this election, the Greens were able to collect the protest vote against the far right and the CSU’s own right shift.

But the fact that some trade union members and workers voted for the AfD has to be a warning sign. It expresses the alienation of those workers from establishment politics, especially the SPD, but also shows that the social questions were not put centrally or were overshadowed by the issue of migration.

One reason for this situation is the trade union leadership’s support for the ruling coalition on a national level. They should instead be organising an opposition on a class basis, with education campaigns inside the workplaces revealing the AfD for what it is – an anti-workers’ party.

A important question now is what will the SPD do? For the SPD, the Bavarian elections were a disaster. For the first time since 1893, the party received a single-digit vote! Far from benefiting from the problems in the CDU and CSU, the SPD instead cannot get rid of its reputation for simply backing Merkel and getting ‘nice jobs’ for its leaders.

This is the reason for its steady decline. Many polls indicate that the SPD has lost a quarter of its support since the general election just over a year ago.

According to polls, a majority of current and former SPD voters want the party to be in opposition on a national level. Disastrous results in elections in the region of Hesse at the end of October could force the SPD to break up the national coalition. This could happen very soon, or around the three regional elections due in eastern Germany next year.

These polls are very probably going to be the next slap in the ruling coalition’s face. Otherwise, another flashpoint could be next autumn’s ‘half-term evaluation’ of the government’s record, which is written into the coalition agreement.

No doubt attempts will be made to quickly form a Bavarian state government between the CSU and the Freie Wähler party, to create the impression of stability.

However, this could be ruined by the Hesse elections if the local CDU minister-president Bouffier loses his position. In that case, it is not impossible for the frustration with the Merkel regime inside the CDU to burst open at their national conference in December, in such way as would make it impossible for her to continue as chancellor.

Left party Die Linke did worse than predicted in some polls. Nevertheless, it nearly doubled its vote compared to the last elections and managed to cross the 5% mark in bigger cities.

This undemocratic 5% barrier surely was a factor in complicating mobilisations of voters, because of their worries of wasting their vote against the CSU. But, in the end, the reasons for this weak result are not just to be found in the objective circumstances, but in the way the party has been presenting itself.

Die Linke has been stronger, in Bavaria and nationally, than it is today – especially in the early period after the economic crisis of 2008. But potential has been wasted because the party did not present itself as an activist-led and anti-capitalist force which is part of extra-parliamentary movements.

When you have the Die Linke co-chair Katja Kipping continuously advertising a ‘R2G red-red-green’ (SPD, Die Linke and Greens) national government, this will add to an impression of this party being a compromising governing force in waiting.

Die Linke in Bavaria could have entered its election campaign with clearer slogans, although in recent years it played an important role in the great mass mobilisations in the region. This includes a 40,000-strong demonstration in Munich against a new, extremely undemocratic and repressive police law, and in the campaign for a referendum to increase the ratio of workers to patients in healthcare.

This orientation towards movements and struggles is the right way to go, and if this had already been put into practise consistently throughout the last decade, Die Linke could have advanced further and have a stronger base.

But ‘Aufstehen’ (‘Standing Up’), the rightward shift initiated by one of the party’s two Bundestag leaders, represents a step in the wrong direction. Die Linke politician Sahra Wagenknecht distancing herself from the Unteilbar protest (against racism) the day before the regional elections cannot have helped the party.

The comments about the Unteilbar demo show a complete failure in political orientation. Wagenknecht said she would not attend, falsely claiming that one of the demonstration’s slogans was ‘open borders for everyone’ and that this would marginalise those who were both against open borders and racism. But clearly making political concessions is central in the minds of the ‘Aufstehen’ leaders who aim to work within capitalism.

Die Linke and the left need to face up to the question of how to proceed after the Unteilbar demonstration. For sure, a demonstration of that size cannot be repeated so easily and so soon.

But, there is the possibility of developing from this demonstration a real movement of left, trade unionist and socialist forces, which could be a pole of attraction for many thousands who have not been so far anyway organised or engaged, but who want to do more than just attend demonstrations.

We need local Unteilbar conferences and a large national conference, bringing together campaigns by tenant activists, health care workers, refugees, environmental activists and striking Ryanair workers (who were on the Unteilbar-demo). This approach could trigger a debate about what demands can unite the working class and the need to launch a movement to fight for them.