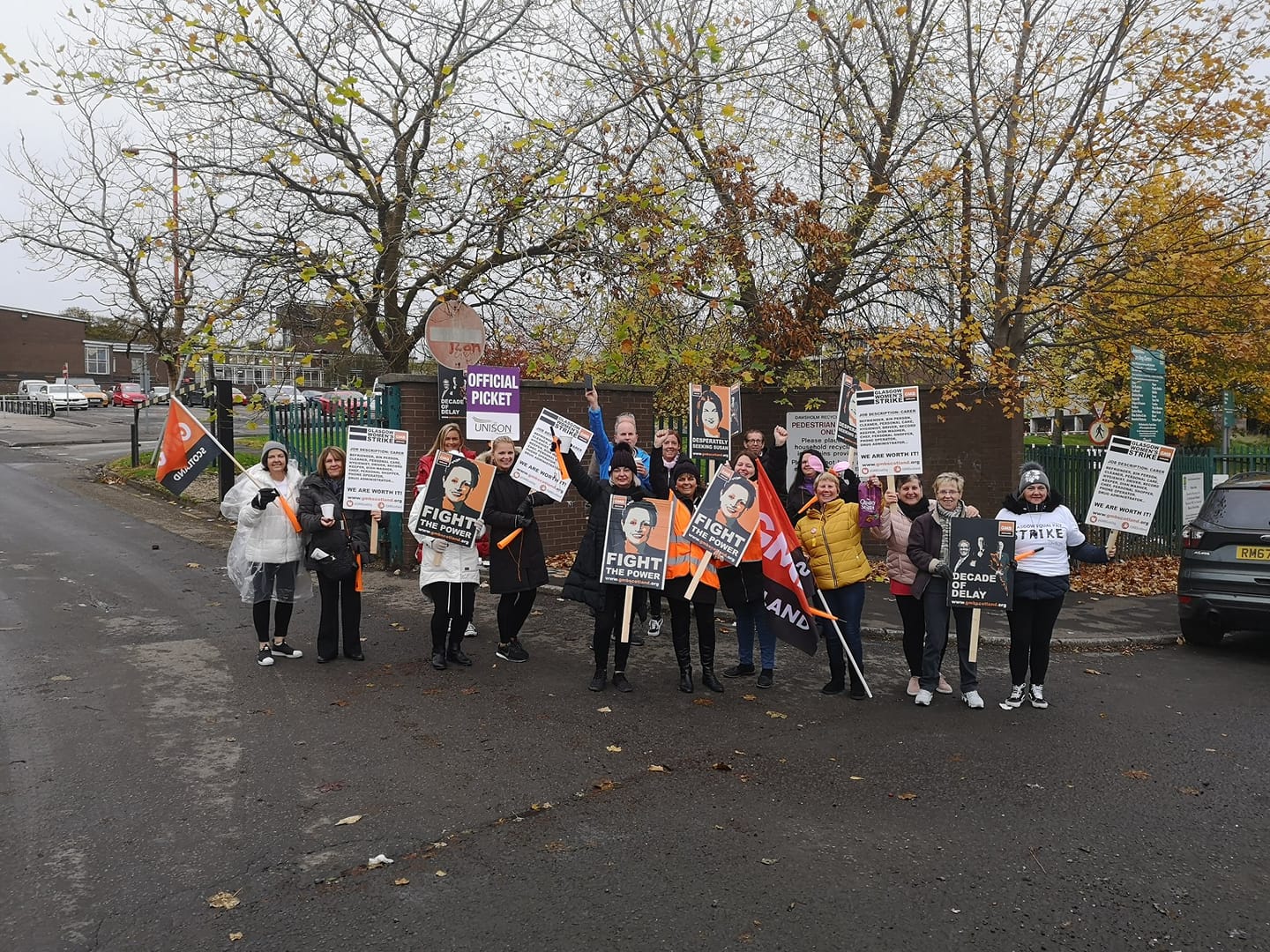 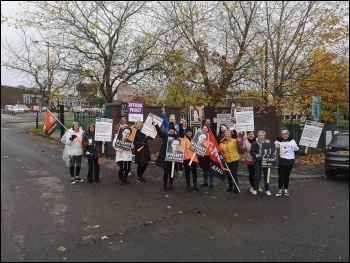 Around 8,500 working class women in Glasgow made history on 23-24 October when they took industrial action. As BBC news commented, it was “one of the biggest ever strikes in the UK on the issue of equal pay”. In truth, it was more like an uprising, in which the power of the working class was clearly demonstrated.

Betrayed by the previous right-wing Labour council which presided over the pay inequality scandal for a decade – and the new Scottish National Party (SNP) council that promised a just resolution but has dragged its heels – working-class women had had enough.

The strike reflected their pent-up anger but also the experience of the last decade of vicious capitalist austerity. As a striking marcher said: “We want fairness. I’m a single parent, struggling to support my family on £800 a month”.

Council management in Land and Environmental Services initially threatened to discipline any worker who did not work during the strike. But on the morning shift in a marvellous display of solidarity, all 600 refuse workers – almost all male – walked out in solidarity with the women picketing the depots.

Labour Party leader Jeremy Corbyn and Richard Leonard, Scottish Labour leader, did give welcome support to the strike. But they failed to denounce the previous Labour council’s actions, which only lends weight to accusations of opportunism.

Glasgow City Unison countered the SNP’s claim by citing its militant history of 12 strikes for fair pay against the pay scheme, mainly when Labour was in power.

SNP council leader Susan Aitken poured petrol on a fire by suggesting that the strikers did not “understand the reasons” they were taking action.

Disgracefully, council officers and “spokespersons” ran a scaremongering campaign targeting the home care strikers, publicly raising concerns that there would be fatalities and hounding the trade union over the issue of life and limb cover.

Socialist Party Scotland has played a crucial role in this dispute in the leadership of Glasgow City Unison – whose members made up 5,500 of the 8,500 strikers.

It was fitting that this example of the power of the working class came just a few weeks before the 100th anniversary of the revolutionary events of ‘Red Clydeside’ in January 1919.

In a vindictive act, EIS teachers’ union member Victoria Wainwright, a supply teacher, was told that she would never be able to work at her school again after taking solidarity action with the Glasgow strikers.

Victoria refused to cross the picket line. She told the Daily Record: “They said, ‘The head teacher doesn’t want you back – and, moving forward, you are going to find it very difficult to get a job in Glasgow.’

“To me, it sounded quite threatening and like I was being blacklisted.”

On 27 October, 30,000 teachers and supporters marched in Glasgow as part of the pay campaign by the Educational Institute of Scotland (EIS) teaching union. The EIS is demanding a 10% rise – its members having suffered a 24% real cut in pay in the last decade.