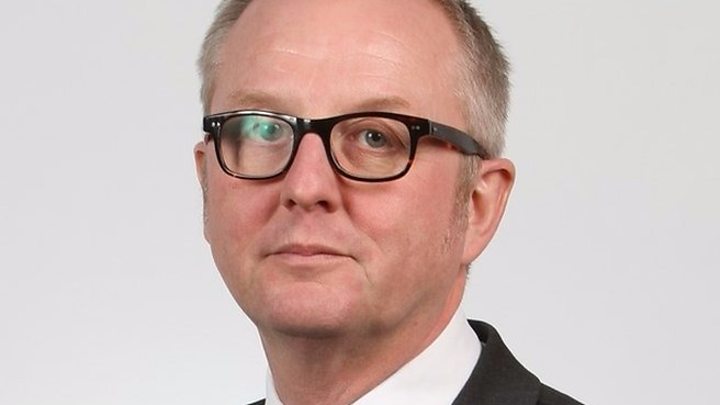 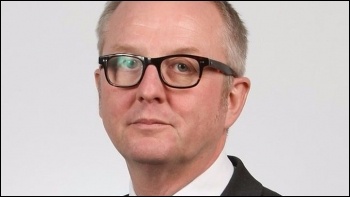 In an outrageous smear, he blamed Jeremy Corbyn for his defection, accusing the Labour leader of “creating a culture of extremism and intolerance”.

In fact, Austin has supported the Tory government’s Brexit plans. In January, he was one of the three Labour MPs to vote for Prime Minister Theresa May’s withdrawal deal.

Perhaps revealing one of his motivations for doing so, in a rare candid statement, he recently said that he “could never ask local people to make Jeremy Corbyn prime minister.”

Really, Austin should never have been allowed to leave Labour’s ranks at a time of his choosing. He should have faced having the whip withdrawn for voting to keep May’s government alive by backing her Brexit deal.

Austin’s dislike for socialists, especially the Socialist Party’s predecessor Militant, has never been a secret. He launched a splenetic attack on John McDonnell for speaking approvingly of Marx. (If only John McDonnell applied Marx’s ideas more consistently!)

When Corbyn spoke out against the Iraq war under Blair, Austin shouted at him to “sit down and shut up!”

Austin’s defection is proof of contempt for workers and young people in Dudley North, many of who voted for him in 2017 on the expectation that it would increase the chances of a Corbyn government coming to power with an anti-cuts, pro-worker programme.

If they are not subject to this challenge, pro-capitalist Blairites such as Austin will continue to undermine Corbyn’s attempts to introduce policies that benefit ordinary people and hurt the super-rich – whether they do so from inside or outside the Labour Party’s ranks.