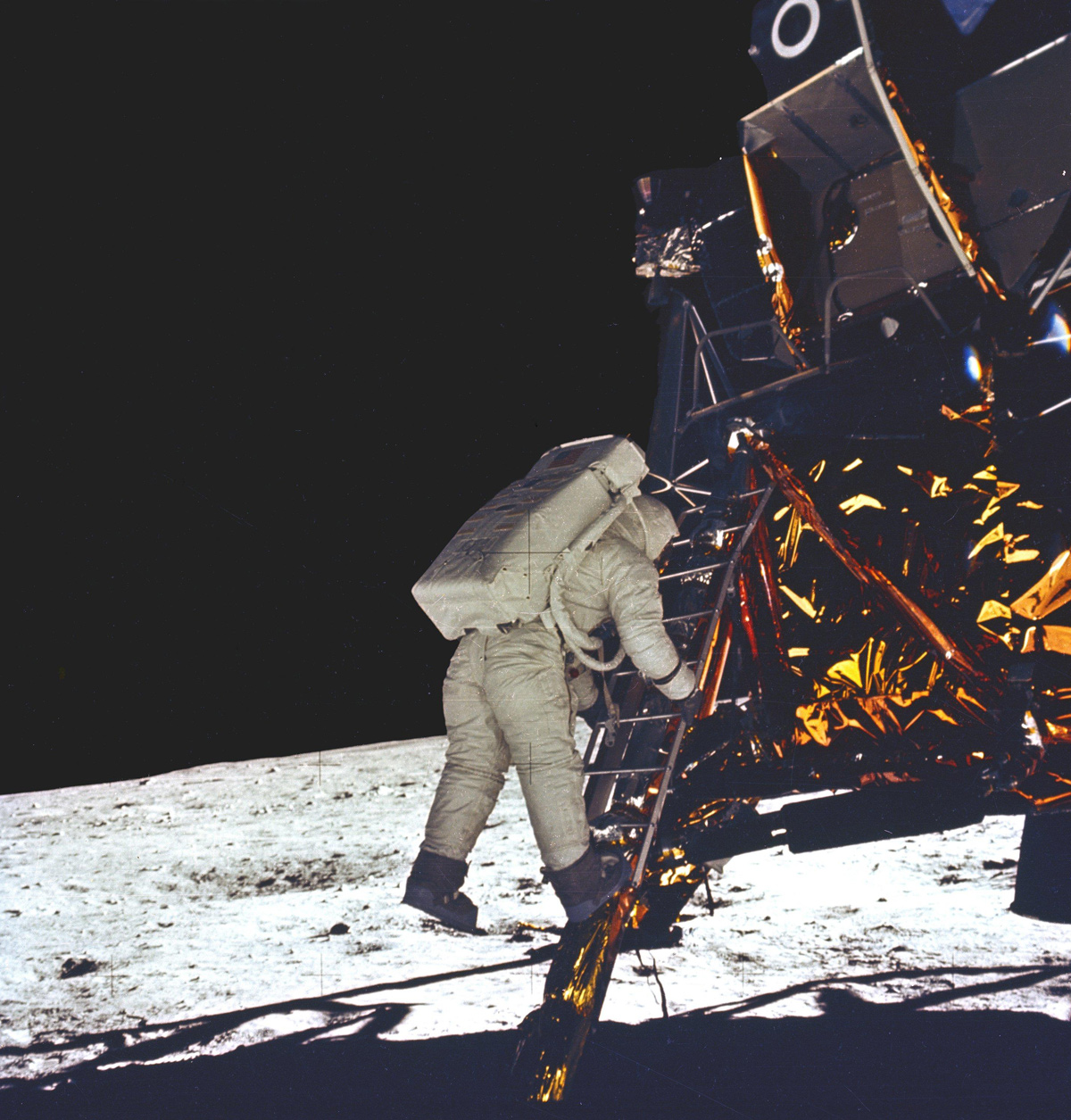 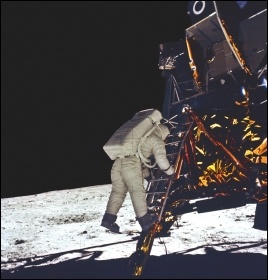 In 1961, US president John F Kennedy promised to put a man on the moon “before this decade is out.” Following those words, the government ploughed a huge amount of resources into space agency Nasa. Its annual budget rose 60-fold in just a few years to almost $50 billion in today’s money.

The answer is no, even according to Nasa. Geophysicist Paul Lowman, writing for the Nasa website in 2007, accurately said: “The primary motivation for sending a man to the moon was political, not scientific.”

Kennedy told Nasa administrator James Webb that the moon landing should be the organisation’s top priority “for political reasons, international political reasons. This is, whether we like it or not, an intensive race. We hope to beat them.” 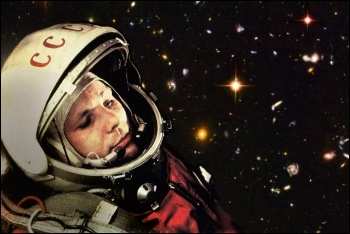 The US was locked in an ideological battle. The space race was part of the Cold War – the proxy conflict fought over five decades between the world’s two superpowers at the time, the capitalist United States and Stalinist Soviet Union.

‘Winning’ the space race would be a propaganda coup in that struggle between two irreconcilable social systems. The Soviet Union achieved a string of firsts: first satellite, live creatures to orbit Earth, moon landing, man and woman in space, spacewalk.

The huge expense put paid to both space programmes in the end. But before that, all the US had left to ‘prove’ capitalism’s superiority was getting the first person to walk on the moon.

Kennedy told Webb this was the only reason why Nasa came to possess “fantastic” sums of money. “Otherwise,” Kennedy admitted, “we shouldn’t be spending this kind of money, because I’m not that interested in space.”

The 1917 workers’ revolution in Russia had established a publicly owned, planned economy – an existential threat to big business and the super-rich around the world. The planned economy propelled Russia from a backward, semi-feudal country to a global superpower.

Leon Trotsky, one of the leaders of the Russian revolution, said “a planned economy needs democracy as the human body needs oxygen.” But democratic workers’ control and management of that planned economy was extinguished, due to the isolation of the revolution and the crystallisation of a bureaucracy within the Communist Party and Soviet state. 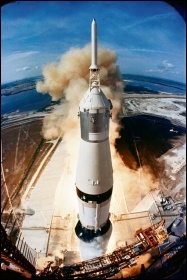 Apollo 11 taking off, photo by Nasa   (Click to enlarge: opens in new window)

And the commander of the earlier Apollo 8 mission, Frank Borman, said that as he sat in the spaceship waiting to take off, he thought: “Every one of the one million parts behind and beneath me was built by the guy who put in the lowest tender.”

US government writer Robert Longley says “survivability… was rarely the main go/no-go factor for Kennedy.” The US fatalities in the Challenger and Columbia disasters, the death of all Apollo 1 crew during a training exercise, and other incidents, further illustrate that capitalism’s political and economic concerns trump human ones.

Writing in the Socialist ten years ago on the 40th anniversary, Tom Baldwin commented that the moon landings “illustrate the extreme limitations of a capitalist society… The phrase ‘they can put a man on the moon but they can’t – get the trains on time; keep me in a job; provide the world with clean water; etc’ is common.”

In fact, hundreds of civil rights activists did protest around the Apollo 11 mission launch. They demanded that Nasa support their movement, use its expertise “to tackle the problem of hunger,” and that ten protesting families be allowed to view the launch.

US president Richard Nixon cancelled future planned moon landings. They weren’t tenable as the world sank deeper into economic crisis, with an explosion of social movements, industrial strikes and revolutions in the 1960s and 1970s.

We can’t escape the class struggle in space either. On 28 December 1973, US astronauts on the Skylab mission reportedly went on strike over high workload and lack of rest time. Although the exact nature of their action is disputed, the crew did successfully negotiate more time for leisure, and changed for the better how astronauts are treated in space. 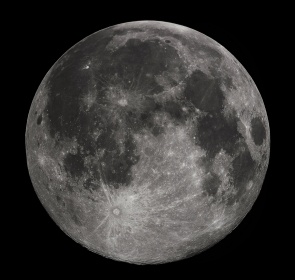 Global powers are once more engaged in a space race, including renewed talk of moonwalks, photo by Gregory H Revera/CC   (Click to enlarge: opens in new window)

A renewed space race is now opening up. George Bush Jr promised another US moonwalk by 2020; Donald Trump has promised one by 2024. This is unlikely given Nasa’s different focus and lower levels of funding today. Maybe the Chinese regime will manage one by 2025, maybe not.

James Ivens, writing in Socialism Today magazine this month, explains that “the propaganda value of planting a flag on the moon is not a goal in itself anymore, although that is part of the motivation for the emerging powers that have yet to do it.

“More than that, they see the moon as a staging post for exploiting and industrialising near space.” Bosses are “seeing the profit potential in satellites, near-Earth tourism, and mineral extraction.”