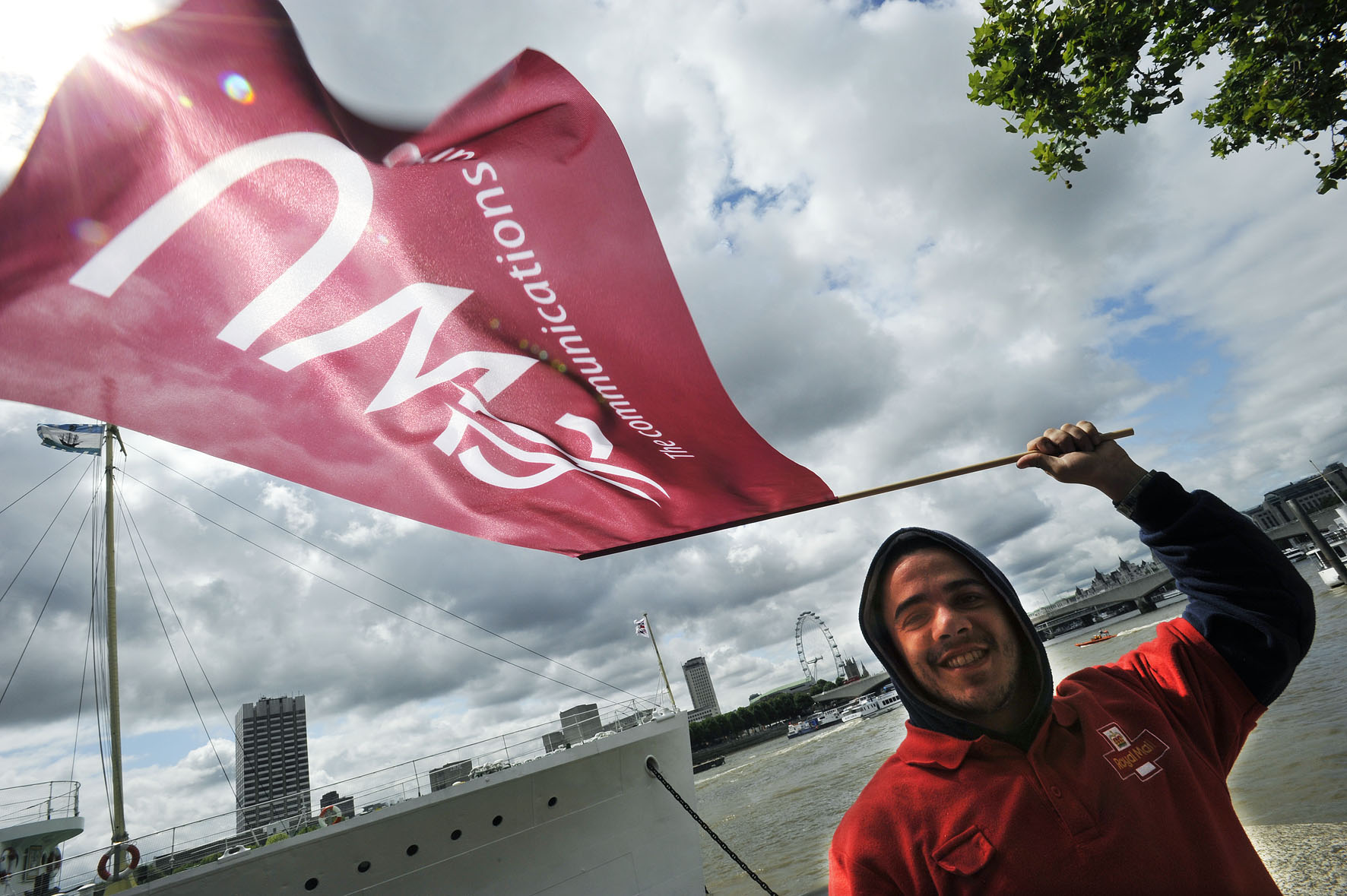 Over 70 Communication Workers Union (CWU) members – workplace and divisional reps from South Wales and south west England – recently met to discuss the plans that the Royal Mail board has to drive a coach and horses through the ‘Four Pillars’ agreement.

That agreement was achieved last year following lengthy industrial unrest within the postal industry. It won union members a 35-hour week and pension protection. It was seen as the blueprint for the future by both parties. Fast forward to today, and Royal Mail clearly has the breaking of the agreement in its sights.

Terry Pullinger, CWU deputy general secretary postal, along with regional and local officials, outlined why the union is so determined to deliver a massive yes vote for industrial action to defend the agreement.

Royal Mail wants to split off Parcelforce into a separate company, with the workforce Tupe’d* across. The CWU estimates this will eventually lead to 20,000 job losses.

Under the pressure of CWU campaigning and lobbying, the union has the support of Corbyn’s Labour Party for postal renationalisation. In stark contrast, the new Royal Mail board has as its model the casualised gig economy.

While the CWU has been holding very successful and supported gate and workplace meetings across both urban and rural workplaces, the management has been saying to the workforce that they don’t know why the CWU is opposing its plans.

It is against this backdrop that the CWU is campaigning for a huge yes vote for industrial action to remind them and the wider general public of the issues at stake.

For example, it can’t be ruled out following the Parcelforce separation that Royal Mail would apply to the regulator to cut deliveries under the universal service obligation.

Bullying managers are currently attempting to get postal workers to deliver more items than what is humanly acceptable, in an attempt to circumvent Four Pillars. If the employer is successful then this would further entrench and legitimise the idea of the casualised gig economy model.

This is not an option that the CWU will accept and for this reason it encourages union members to vote ‘yes’ for industrial action to defend the Four Pillars agreement.