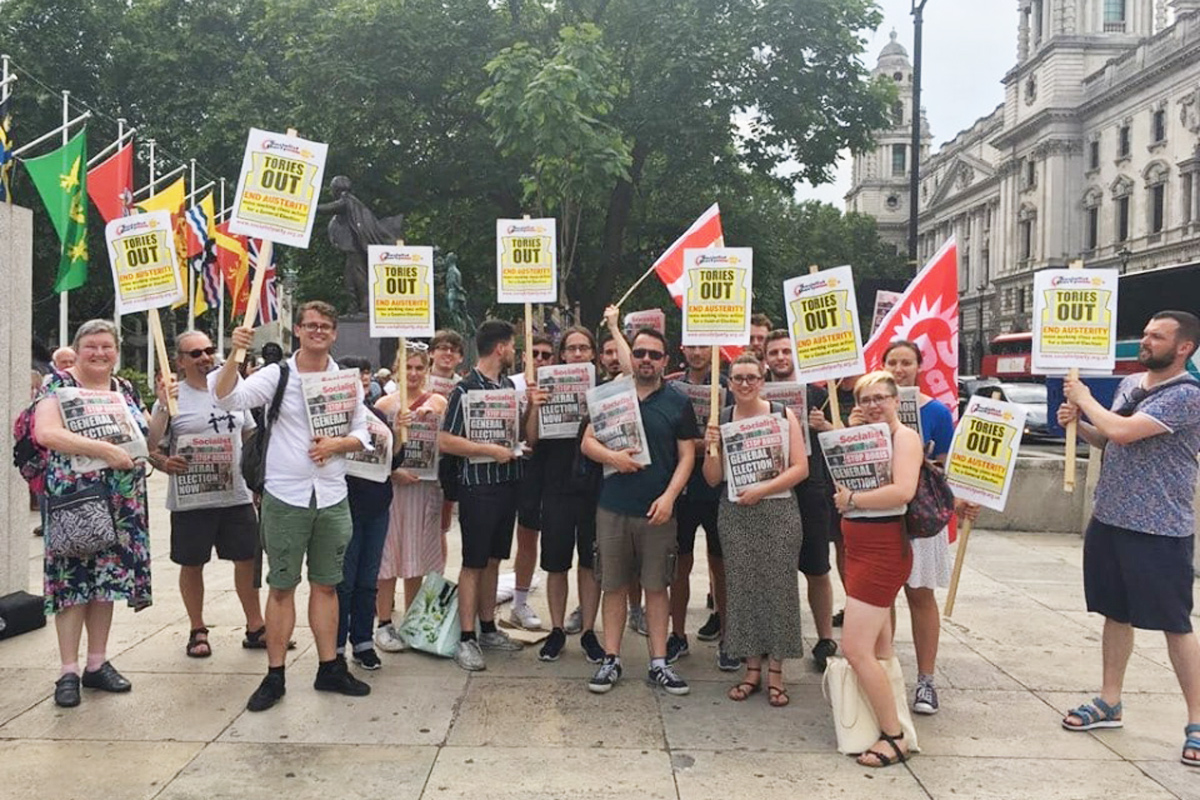 Home Analysis and editorials Battered Boris must go… and all the Tories with him!
Facebook
Twitter
WhatsApp
Email
Print 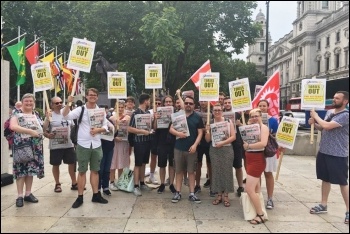 Socialist Party members sold over 80 copies of the Socialist across the two protests against Boris Johnson on 10 and 11 July 2019, photo Ian Pattison   (Click to enlarge: opens in new window)

Corbyn’s own conference commitments on pay, social care, education and scrapping Universal Credit will enthuse working-class and young voters. But it needs to be heard, loud and clear.